Insanity Wrap needs to know: What does it really take to get a rich and famous Democrat to flee the country after an election?

1 guy filling them out?

Election fraud is all in your head.

Just keep telling yourself that, and by January 20, 2021, it might just become true!

You set loose the genie.

Good luck getting it back in the bottle.

We Wish We Could Argue with This Assessment…

…but Insanity Wrap is having an impossible time coming up with counterarguments.

But we do warm ourselves with the thought that at this point in 2000, we were still a month out from beating Al Gore.

Queue up anything remotely political on YouTube lately, and get served up this reassuring message that doesn’t quite jibe with current events in certain Democrat-run cities in a few particular swing states.

Rejoice, comrades! Your election integrity ration has just been increased to five grams from eight grams.

Don’t Do Any of That

A mural in Denver honoring #GeorgeFloyd has been defaced twice in the last month. https://t.co/StXP0dzGck

Another Pro Tip: Maybe don’t celebrate violent thugs who were loaded up on fentanyl when police arrested them for trying to pass counterfeit bills.

If Insanity Wrap recalls correctly, the Progressives Who Promise to Flee the Country If We Elect a Republican thing got started in earnest during the 2000 presidential election.

The list included Alec Baldwin, Michael Douglas, Barbra Streisand, Jerry Lewis, and Britney Spears. Bush was so bad that Elton John got in on the action, and he didn’t even live here.

There was a similar cast of characters, including perennial fan-disfavorite Alec Blawdin, in 2008 and 2012.

The celebrity threats got even “worse” with Donald Trump during both his 2016 election and 2020 election bid, but no celebrities left after he won in 2016.

With the outcome of the 2020 election still in doubt, Insanity Wrap supposes there’s no reason yet for Alec Baldwin to pack his bags — presumably after yelling at them.

And yet… one celebrity is already heading for America’s exit.

Schmidt, one of America’s wealthiest people, and his family have won approval to become citizens of the Mediterranean nation, according to a previously unreported notice in a Cypriot publication in October. While it is not clear why exactly Schmidt has pursued this foreign citizenship, the new passport gives him the ability to travel to the European Union, along with a potentially favorable personal tax regime.

So… if Insanity Wrap is reading this correctly… back when all the smartest people were predicting a Biden-led Democrat blowout election night, Schmidt was planning his escape.

Nearly anyone can get Cypriot citizenship, provided they’re able to invest “2,000,000 euros or more in Cyprus.”

Basically, the tiny country offers citizenship to anyone with enough baksheesh, and two million euro is pocket change to a guy like Schmidt.

If you were wondering what it takes to get a celebrity to flee the country, it’s the threat of a Democrat-run government with a President Joe Biden sitting at the top of it.

“So long,” says Schmidt, “and thanks for all the hits.”

Our vice-president elect has her pronouns in her bio. What’s your excuse? pic.twitter.com/QrePlvVZja

Dear Lord, What Did We Do to Deserve This?

Please no — and we haven’t even watched the show in ever:

Reps for ABC News journalist George Stephanopoulos are lobbying for him to take over as host of “Jeopardy!,” according to The Wrap, citing a “highly placed” source.

The website says the 59-year-old — who co-anchors “Good Morning America” on ABC — has been “actively” chasing the role.

ABC, which has the syndication rights to the game show, will have to decide on a replacement with the game show’s distributor, CBS Television, and producer Sony Television.

Trebek was by all accounts a decent human being, who faced his own mortality with grace and strength most people could probably only envy.

Stephanopoulos is a Democrat hack who got his start with the Clintons but found he could hack more profitably by pretending to be a news host for ABC.

Insanity Wrap believes he has as much business hosting Jeopardy as Wolf Blitzer had as a contestant.

The Craziest Stupidest Person in the World (Today) 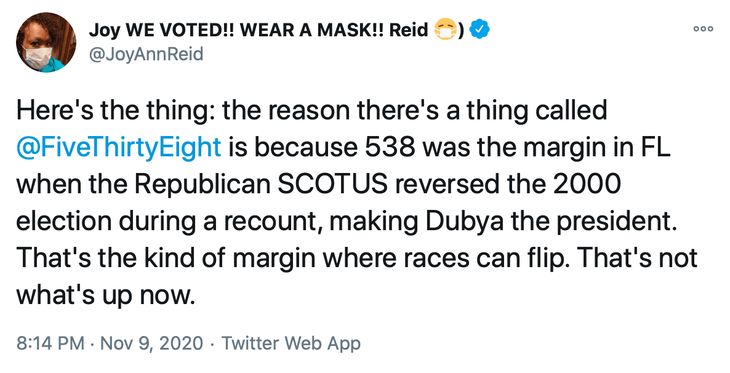 Joy Ann Reid is today’s stupidest person in the world, and it isn’t even close.

FiveThirtyEight is called that because that’s the number of Electoral College votes. There’s another site called 270toWin because that’s half-plus-one of 538, AKA the margin needed to win the White House.

But who are we to remind you of any of this? Of course you know.

It’s highly-paid newsweasels like Reid who have literally no clue what our system is or how it works.

Insanity Wrap has screencapped her tweet for all posterity.

Exit Question: If someone were to try and convince Reid that the White House is at 1600 Pennsylvania Avenue because that’s how many slaves George Washington held, would she bite? 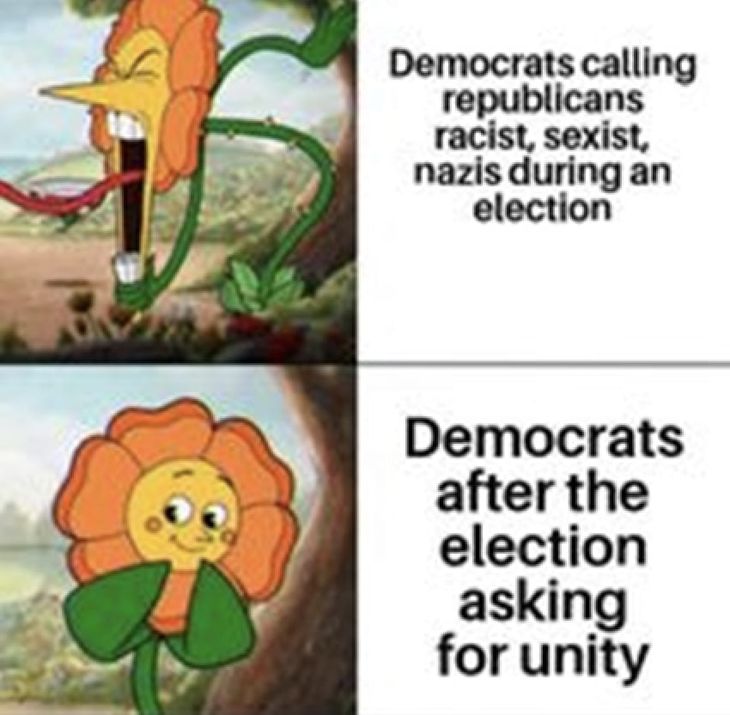 More from our friend and colleague Stephen Kruiser: Dear Democrats, Here’s What You Can Do With Your Unity Candle.

Previously On Insanity Wrap: Suppose They Stole an Election and Nobody Noticed