Insanity Wrap needs to know: If you were looking to tear apart a country at peace, would there be a better way than to brazenly steal an election while major media institutions provided you cover?

One professor said he was ‘feeling genuinely unsafe’ by the thought of so many people voting for Trump.

Pardon Insanity Wrap while we lean hard on an old trope, setting up this first item.

But if you want to know what the problem is with kids these days, it’s the grownups.

Professors took to social media on the evening of the Nov. 3 election, expressing their disdain at a strong performance from President Donald Trump and other Republicans across the country. While there is no clear winner of the presidential race, Trump yet again defied most of the polls in key swing states, as he did in 2016, resulting in several states remaining too close to call the morning after polls closed.

Captioning a prediction from AP Politics projecting that McConnell would win in Kentucky, Kendi simply tweeted “no.”

Our major problem is that the universities actually have paid positions like heading up the Center for Antiracist Research.

“Centers” like these are devoted to the notion that the West is uniquely evil and provide prestige (and a nice income) to “educators” like Kendi who are usually more akin to progressive agitators than teachers or administrators.

The Election Day virtue-signaling/attention-whoring is all just a part of the well-paid gig. 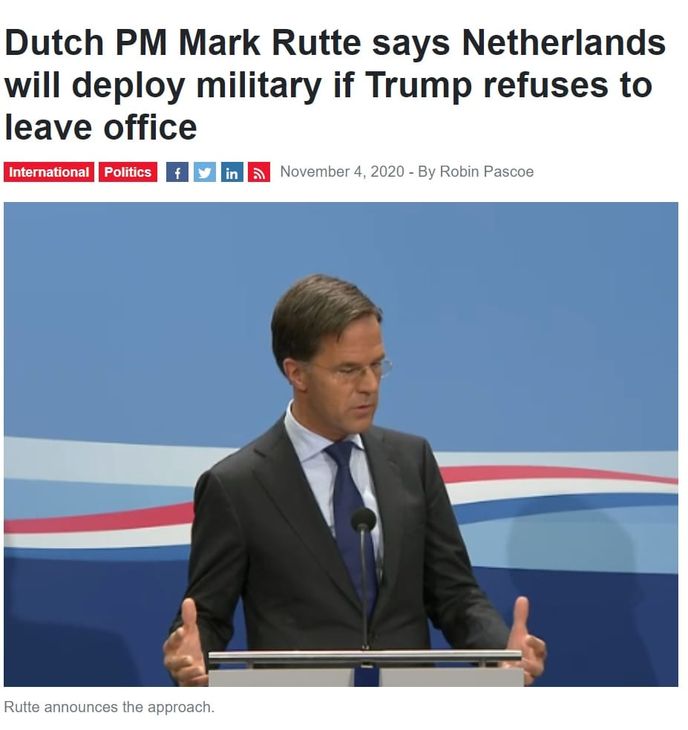 Nice job on the fake headline, but this never happened — and Insanity Wrap didn’t need to see the official denial from Dutch News to know that.

Holland is not about to invade the United States over anything, much less an election that barely concerns them.

In fact, Holland barely has a large enough military these days to invade tiny, neighboring Luxemburg.

Although to be fair, Insanity Wrap is willing to concede that the Dutch Army might be able to sack Paris.

This man speaking is a Democrat. https://t.co/w1aLd2Hqaw

It’s all about the money, and these two companies stand to lose billions under a new and improved regulatory scheme.

The authors of 230 could not have foreseen anything like social media when the CDA was written more than 20 years ago.

There is no lie these companies won’t tell, and no voice they will not suppress in order to protect their ill-gotten financial interests.

You know, Insanity Wrap knows it. 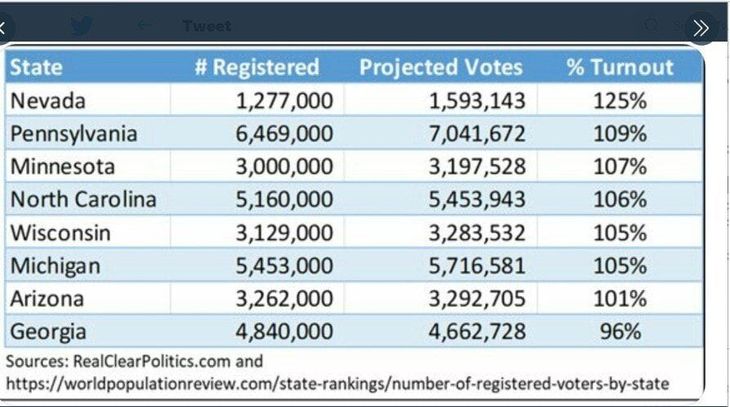 Will DHS officials follow the watermark to verify the election?

Curiouser and curiouser, said everyone who wasn’t a partisan Democrat:

These voter statistics point to something more nefarious going on. Many are multiple standard deviations from recent presidential election totals.

Well reportedly there is a way to discover if all these ballots cast are authentic, according to the Department of Homeland Security officials.

DHS, which printed the ballots, embedded radioactive isotopes and watermarks onto the legal ballots. A quick scan can pick up the identifying features to validate the vote.

Sorry, but this one doesn’t pass the sniff test.

Insanity Wrap doesn’t doubt plenty of fraudulent shenanigans in Democrat-run cities. Philly, for one, is infamous for producing more ballots than registered voters, and every single one of them gets marked with a big, fat D.

But DHS doesn’t print ballots. The states do that.

The idea that there are “embedded radioactive isotopes and watermarks” courtesy of the federal government is just silly.

We have enough trouble with this election without this kind of fuel added to the fire.

Leslie Johnson, 25, a transsexual, was arrested at the Portland #antifa riot. Her charges were immediately dropped by @MultCoDA. She is a militant antifa member & goes to events in black bloc. She has threatened to kill me before. https://t.co/jAwH03yDNi https://t.co/iTwxDnbxPl pic.twitter.com/uNtkq6683U

And Insanity Wrap will leave it at that.

Now This Is Real News

Here are some genuine vote-counting shenanigans for you:

The City Commissioners’ live stream at the Philadelphia Convention Center where ballots are being counted continues to show people busy counting ballots, with none of the observers even remotely close enough to the action to see what’s going on.

And Even More Real News

Democrat lawyers are breaking the law and it's on tape! pic.twitter.com/ST76Q49o82

When an election is as close as this one is, it becomes more imperative than ever to make sure that everything is on the up-and-up.

If Biden wins, half the country will believe that he’s illegitimate — and we’ll have very good reason to believe that.

The result will be that the next four years will make the last four years look like the sunniest afternoon of golf during the Eisenhower Administration.

It didn’t have to be this way, but the Dems would rather tear down the social and institutional fabric of this country than lose a single election.

So Much More Real News

The fix was in even before the start:

According to the complaint, on Election Day November 3, 2020, at approximately 7:34 p.m., Customs and Border Protection (CBP) Officers encountered Wilson, an employee of the United States Postal Service (USPS), at the Peace Bridge Port of Entry. As part of a standard CBP vehicle sweep, Wilson opened the trunk of his vehicle for CBP Officers. A USPS mail bin containing numerous mail pieces was observed by a CBP officer inside the trunk. CBP officers also observed multiple USPS uniform items bearing the USPS logo along with a USPS identification badge with Wilson’s name. Wilson stated the mail belonged to him and his mother. However, Wilson could not account for additional names printed on the mail pieces. Wilson further stated that he had intended to deliver the mail and had forgotten to return the mail pieces to the post office. 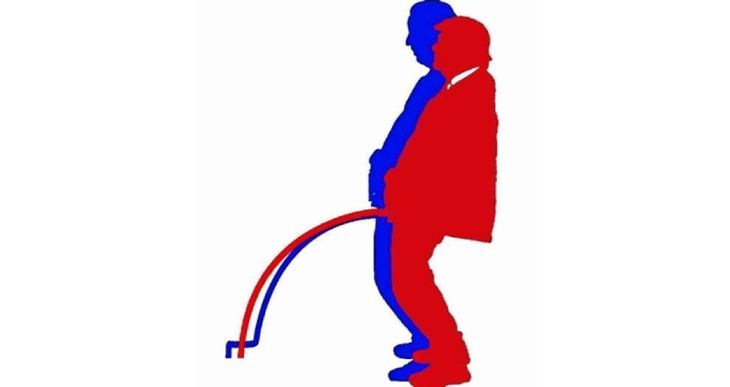 What has been seen cannot be unseen.

Insanity Wrap would apologize for showing you that, but since we had to see it, comrade, so did you.

Previously On Insanity Wrap: Nate Silver Addresses His Critics, ‘F*** You, We Did a Good Job’