Insanity Wrap needs to know: When is it OK to make fun of a hardworking statistician like Nate Silver?

Answer: From here on out, all the time. Every waking minute, in fact, if you have any to spare.

Nate Silver to FiveThirtyEight critics: “Fuck you, we did a good job” https://t.co/j1DT37mjYV

FiveThirtyEight’s predictions included scenarios where Biden won Florida, Texas, and even Upper Volta’s 17 imaginary Electoral College votes, and now we have to listen to this from the man with that hair?

“I do want to ask about polling, because I think I would be virtually decapitated on Twitter if I didn’t get into this,” podcast moderator Galen Druke said about 20 minutes into the group’s discussion, raising the significant polling errors in states like Florida and Wisconsin. “The pitchforks are already coming for the pollsters and the prognosticators,” Druke said, asking his boss to address the “rage” that has been directed his way over the past 24 hours.

“If they’re coming after FiveThirtyEight, then the answer is fuck you, we did a good job!” Silver replied, explaining that the only reason former Vice President Joe Biden was considered such a heavy favorite in the site’s closely watched model was because “he could withstand a 2016-style polling error or a bit larger” and still win the election.

Oh fer cryin’ out loud, as our grandfather used to say.

Biden’s corpse of a campaign is being dragged to 270 through a combination of voter suppression (thanks, Fox News!) and outright cheating.

How many people walked out of lines in Arizona because Fox News called it for Biden five minutes after the polls closed?

And that’s in no small part because people like Silver were so completely wrong that Team Biden thought their somnambulant candidate could snore his way across the finish line.

In a sane world, people like Silver would be laughed out of their profession.

Fortunately for people like Silver, this is not a sane world, and a stolen election is just no big deal so long as it’s stolen for and by the right people.

Now where is our Bloody Mary?

When will Georgia be called for Trump or Biden?

Not one minute before Democrats know for sure whether they need it to put Joe Biden over the top.

In the meantime, the ongoing confusion feeds their narrative that everything is just awful under Donald Trump and that only Biden can restore normalcy.

And just never you mind that “normalcy” means toadying to China, letting Iran back out of its box, election hijinks, grievance identity politics, tearing down the wall, etc.

Previously On Insanity Wrap: How Many Kids Can Antifa Threaten to Rape and Murder Before CNN Notices?

George Romero’s original Night of the Living Dead had one of our favorite taglines of all time: “They won’t stay dead!”

Currently, we’re working on a treatment for a ’60s-style horror flick called The Dead Vote Dem, and we’re fully prepared to get laughed out of Hollywood right before we’re canceled.

NYC: Far-left protester calls an officer a fascist and spits in his eyes. pic.twitter.com/m79wYx7UMR

Whatever happened to social distancing, anyway?

We’re pretty sure, based on scenes in Arizona and elsewhere, that partly violent leftist protests require no social distancing or even common decency, but that entire peaceful right-wing protests will probably result in everyone everywhere dying of Wuhan Flu.

UPDATE: Devina Singh has been charged with obstruction of governmental administration, violation of local law and harassment for her actions.

Insanity Wrap’s official assessment is that Singh is pretty enough that you might approach to buy her a drink, but then you see the crazy eyes and just keep walking. 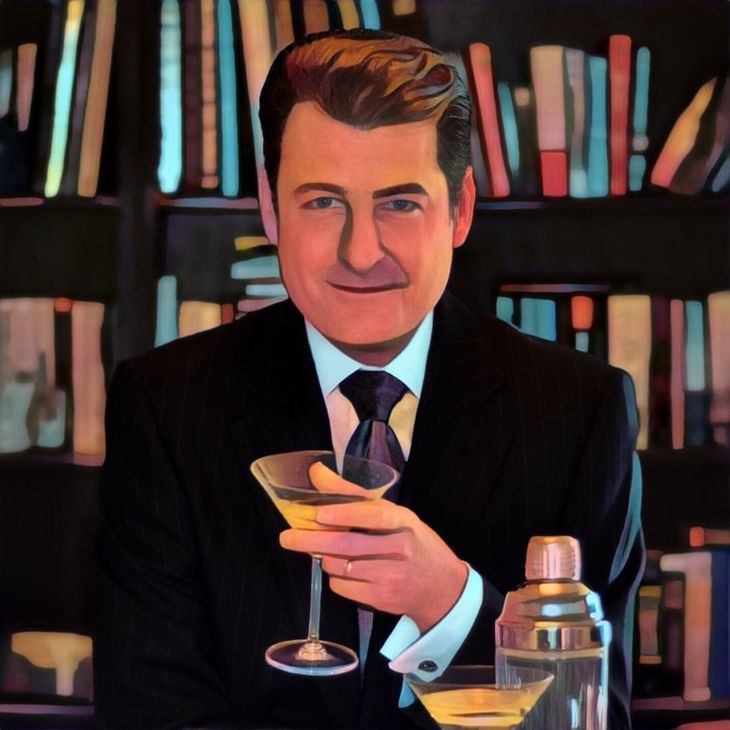 The craziest person is the guy with this idea: Democrat-run cities ought to be forced to enter consent decrees with the DOJ, essentially federalizing their election procedures until they are deemed to be fair, free of fraud, and with clean election rolls.

Grease as many palms as it takes, but get this done.

Our attitude out here in the decently-run parts of the country ought to be firm and fair: “If you want to run your cities like shitholes, fine — but you don’t get to ruin everything for the rest of us.”

So who is the guy with this idea so crazy that it just might work?

Insanity Wrap is the guy.

Count Every Vote (Especially the Fraudulent Ones)

I used info via Social Security Death Index on "Your Voter Information" on the Michigan SoS website.

This is what we’re up against, and Insanity Wrap has no clue how to combat it — without that previously mentioned consent decree and a national do-over.

We comfort ourselves with the thought that if Biden does manage to get slipped into the Oval Office by hook and crook, he’ll be perhaps the first American president to enter his first term as a lame duck.

And Insanity Wrap can tell you: If you thought the 2010 midterms were a crazy kind of miracle, 2022 is gonna be lit.

It’s either laugh or cry, and we choose to laugh.

Misery is a choice.

Steve launched VodkaPundit on a well-planned whim in 2002, and has been with PJ Media since its launch in 2005. He served as one of the hosts of PJTV, a pioneer in internet broadcasting. He also cohosts "Right Angle" with Bill Whittle and Scott Ott at BillWhittle.com. He lives with his wife and sons in the wooded hills of Monument, Colorado, where he enjoys the occasional adult beverage.
Read more by Stephen Green
Tags: 2020 PRESIDENTIAL ELECTION INSANITY WRAP