Answer: We aren’t sure, but it sure is fun watching the clip.

There’s a devastating new report titled “Network-Enabled Anarchy” (linked above) presented by Rutgers and put together by a collection of scholars and researchers from Rutgers, State University of New Jersey, New York University, the University of Chicago, and elsewhere. The authors explain “How Militant Anarcho-Socialist Networks Use Social Media to Instigate Widespread Violence Against Political Opponents and Law Enforcement.”

To analyze the use and prevalence of memes and other coded language and activity, we performed analyses on over ten million social media comments ranging from mainstream platforms (such as Twitter) to fringe online forums on Reddit. Throughout the research, we examined whether the same extremist themes and actions that are characteristic of both Jihadi and Boogaloo extremists—themes such as violent revolution, martyrdom, and having a utopian narrative, and actions such as terror attacks—are also found in extremist groups espousing anti-fascism and anarcho-socialism.

This is a lengthy document, and Insanity Wrap has scratched only the surface of it so far.

Expect more in the days to come — from Insanity Wrap, and from BLM-antifa, too.

Where’s Waldo and/or the Biden Supporters?

It’s one thing to get shouted down by protestors. Embarrassing, sure, but it happens all the time. No big deal, really.

Look, here’s a clip of CNN’s Jim Acosta getting shouted down by Trump voters, and you hardly heard a thing about it — so no big deal, right?

Members of the crowd at President Trump’s rally in Florida chant “CNN sucks” as @Acosta is live on air
pic.twitter.com/fdXTrt8MaG

But back to that Biden video: Where are his supporters?

A few people in trucks, a couple members of the press (we think).

This lame non-event came just one day after Biden and Harris together couldn’t draw a single spectator to an event in Arizona.

This does not look to Insanity Wrap like a winning campaign.

Just Give Us the Forecast Without the Lecture, Please

Today’s Forecast: Chilly autumn-like morning temperatures, giving way around midday to sunnier skies and an electronic lecture from a 23-year-old coder who knows literally nothing.

Previously On Insanity Wrap: Choose the Form of Your Acne-Covered, Purple-Haired, Face-Pierced Destructor

San Francisco Black Bloc just sucker punched a resident who came out to tell them they aren't welcome in the neighborhood. pic.twitter.com/2RZEXxkeXO

We need a little less of that and a little more of this:

Insanity Wrap can’t wait for the day that antifa really is nothing more than an idea (a very bad idea), but we’re afraid it’s going to be an ugly process getting us there.

It’s former Senator Claire McCaskill (D-Missouri), who isn’t crazy so much as she is fundamentally awful and dishonest.

But she’s so bad at it — so transparent — that her dishonesty circles all the way back around to crazy.

Monday featured not one but two whoppers from McCaskill.

Let’s remember this….if Barrett is confirmed then 5 of the 6 Republican Supreme Court Justices will have been appointed by Presidents who LOST the popular vote. #SCOTUShearings

Insanity Wrap is forced to suppose that it’s pure evil or something when a legitimately elected president performs his constitutionally mandated job to name justices for the Senate to confirm (or deny).

The problem is, McCaskill is lying. Her “facts” aren’t. 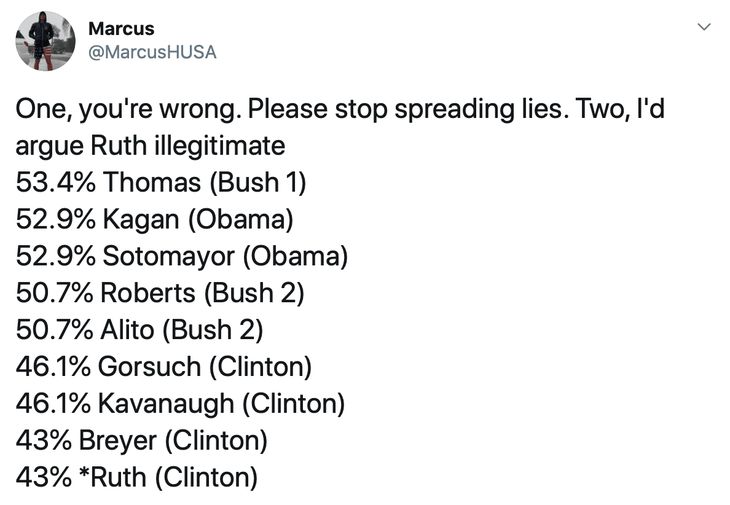 (Forgive the uncorrectable typos. Marcus meant to denote Trump, not Clinton, for Gorsuch and Kavanaugh, but Twitter doesn’t allow for corrections.)

In any case, Bill Clinton was properly elected to the White House twice, albeit with the smallest popular vote percentage in recent decades.

Clinton went on to send the beloved Ruth Bader Ginsburg to the Supreme Court.

We are also now forced to suppose that by McCaskill’s own logic, all the RBG-worship must come to an immediate and permanent stop.

This is a picture of voter suppression. Why do Americans have to wait in lines this long? This is the line in Suwannee Georgia today to vote. pic.twitter.com/rHl4Gr5kEi

While Insanity Wrap hates to be pedantic, that’s not a picture, it’s a video.

And it isn’t a video of voter suppression.

It’s people waiting in line — with literally weeks to spare if today’s wait is too long — to do something they want to do.

Waiting behind people at the ATM on payday is not a denial of banking services. Waiting in the checkout line at the grocery store is not the same as starving to death. Standing for an hour in the heat and humidity at Disney World just to ride Space Mountain is not a human rights abuse.

McCaskill is a symptom of the desperation sickness infecting the Democrat Party.

Biden spoke more positively today about a segregationist than he did about a majority of the American peoplehttps://t.co/Ah2qWEXLgL

Does anyone, even his fellow Democrats, still give one damn about a single thing emanating from Joe Biden’s mouth?

He isn’t up to the task of running for president, much less serving as president. The power in a Biden administration would all be behind the throne.

Whatever it is Biden is saying at any given moment, it’s generally either not true, mumbled nonsense, or an insult.

This is the man who promises to restore “civility” to the White House, provided he can remember what that is.