Tired Joe Biden has already been put out to pasture by his own campaign and he isn’t even president yet. If that weren’t enough, Democratic veep nominee Kamala Harris is dodging the press like I used to drop third-period French.

We’re on the 24th day of September, and the Biden campaign has “called a lid” on Punxsutawney Joe making any “further” appearances today for the ninth time this month.

The word went out before ten AM.

Biden’s last lid was called on Tuesday morning, just 48 hours prior to the current lid.

“Call a lid” is an old campaign expression meaning the candidate is done for the day.

However, I’ve heard it so infrequently over the years that I had to look it up when Biden’s less-than-lazy campaign schedule became undeniable even to the Complicit Media.

This is every day so far in the month of September that the Biden Campaign has called a full lid before Noon pic.twitter.com/dqdJlqdjMc

Presumably, Biden is so exhausted from his rigorous morning routine of plug and denture maintenance that he only has energy enough to campaign fewer than two out of every three days.

To his credit, Biden did manage to campaign for six days in a row during the first week of September. But since then, he’s ditched his own presidential campaign eight out of the last 18 days.

That’s not a good look for a man who is supposed to have energy enough to hold the most demanding office in the world.

I had a conversation with Bill Whittle on this same topic earlier this week, and Bill reminded me of his newly minted Whittle’s Law: When they let the optics look this bad, it’s because the alternative optics would look even worse.

In other words, the former veep or his handlers have made the conscious decision that it’s safer for Tired Joe Biden to stay tucked away every other day or so than to have him campaign in the traditional, vigorous manner.

What could possibly look worse than a presidential candidate who isn’t up to the job of campaigning?

Watch as Biden struggles to find his words until he’s able to latch on to the teleprompter.

This is after he took off all of yesterday and half of today. He read for 15 minutes before exiting, taking no questions. pic.twitter.com/tecd25WSZv

That video clip is from Sunday. Biden had taken Saturday off.

Stephen Miller noted on Twitter early Thursday that “Biden is campaigning lazier than Hillary,” whose coughing fits and fainting spells were the subject of endless speculation about whether she had the stamina to serve.

“Every lid day is a day he’s not in Florida or Pennsylvania or Michigan. And journalists are too scared to ask why,” Miller also said.

My Townhall colleague Matt Vespa wrote on Tuesday: “Joe Biden went back into the basement before 10 AM. No, I’m not kidding. He called a lid just before 9:30 AM. We’re 42 days away from Election Day.”

Now we’re 40 days away and Biden is back in the basement yet again.

These days Biden can barely rally for brunch.

What he’s up to remains something of a mystery. When she heard I was working on this column, PJ Media’s own Victoria Taft asked, “If you find a link to where Biden’s daily schedule is will you please shoot it over? I was looking the other day and couldn’t find it.”

I replied: “If I find it, sure. Seems to be better hidden than the man himself.”

Needless to say, here we are a couple of hours later, and neither Victoria nor I — longtime political writers, both — have been able to locate Tired Joe Biden’s public schedule. 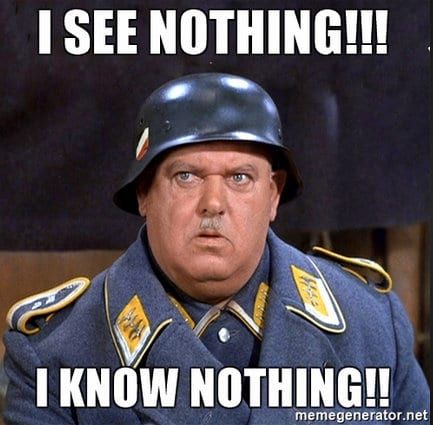 While the Infotainment industry is for the most part playing Sergeant Schultz on Tired Biden’s barely there campaign effort, they’re starting to go full Alex Forrest on Biden’ no-show running mate, Kamala Harris.

Deepa Shivaram is NBC’s embed with the Harris half of the campaign and she tweeted on Tuesday that “the senator has not once formally taken questions from the press.”

A reminder that it has been 42 days since Harris was tapped as the VP pick.

There are 42 days until election day.

The senator has not once formally taken questions from the press.

Brian Flood opined for Fox News the next day, “Many figured that Harris would be the public face of the campaign, as the gaffe-prone Biden hasn’t exactly been the most accessible candidate himself,” but “public” and “takes questions” are two very different things.

The Infotainment industry will put up with a lot from their fellow Democrats seeking public office, but they will not be ignored.

Or will Harris get a special pass because Orange Man Bad? We’ll see.

Although as Flood noted, Harris “has spoken to friendly outlets such as BET, MSNBC and CNN and appeared on Showtime’s late-night talk show, Desus & Mero.”

Hard-hitting stuff, you can be sure it wasn’t.

Look, running for president is one of the hardest jobs in the world. It starts pretty much the day after the previous president was sworn in. That means that at least behind the scenes, both Biden and Harris have been doing this stuff since January 21, 2017.

They’ve been actively campaigning to various degrees since the middle of last year.

A presidential candidate’s time is not his own, devoted entirely to chatting up donors, attending fundraisers, giving speeches, taking questions, pressing the flesh — all on a grueling, months or even yearslong schedule.

Biden can’t seem to do the hard work, and Harris doesn’t want to do the more distasteful work of taking real questions.

Neither is fit to serve, as anyone with more awareness than Sergeant Schultz can see.

Steve launched VodkaPundit on a well-planned whim in 2002, and has been with PJ Media since its launch in 2005. He served as one of the hosts of PJTV, a pioneer in internet broadcasting. He also cohosts "Right Angle" with Bill Whittle and Scott Ott at BillWhittle.com. He lives with his wife and sons in the wooded hills of Monument, Colorado, where he enjoys the occasional adult beverage.
Read more by Stephen Green
Tags: 2020 PRESIDENTIAL ELECTION JOE BIDEN KAMALA HARRIS