Insanity Wrap needs to know: Why should a President step down even if he wins reelection?

The Left has gone from judging people by the content of their character to insisting that skin color determines how a person must think and act.

Insanity Wrap is starting to wonder if they ever actually took Dr. King at his word.

Seattle: Antifa rioters assault a cop who was knocked to the ground from his bicycle. A person then uses a metal bat to strike him on the head. This is in the middle of the former “CHAZ.” #SeattleRiots #antifa #BLM pic.twitter.com/34cTbUoE9U

Andy Ngo also reports that the police officer was struck so hard that his helmet “cracked from the impact.”

As Insanity Wrap has discussed on more than one occasion, the riots continue in places like Seattle and Portland because the political leadership allows them to continue.

They practice “catch and release” instead of “catch and set substantial bail and prosecute.”

The results are as predictable as they are awful.

Baloo angle of the molotov earlier – it was massive. Portland Police carry fire extinguishers with them nowadays… #Portland pic.twitter.com/j9E2WEwDEd

What you’re about to see is one of the most powerful things we’ve ever seen.

They are arresting people who attend church now.

Peaceful prayer — safely outdoors — is enough for the police to slap the handcuffs on and take you away.

Because that’s what the political leadership has decided to prosecute.

We Have Such a Crush on Kristi Noem Right Now

The Craziest Person People in the World (Today)

Journalists shared videos of the violence that broke out in Louisville later in the day, which included alleged Black Lives Matter activists setting fire to a courthouse in Louisville.

Videos showed law enforcement officials moving in to put out the fires. One officer was struck by a projectile that was thrown at them and was knocked the ground. The officers were then pelted with various projectiles thrown by the violent rioters.

Because at this point, why the hell not?

Seattle: Rioter lays in the street to try and stop the police from moving in on bicycles. One officer rides over him anyway. #AntifaRiots #BLM pic.twitter.com/zQHC2wXJrP

If local police don’t mind the presumptuousness of Insanity Wrap giving advice from far away: Get a bigger bike.

Trump: Well, we’re going to have to see what happens. You know that I’ve been complaining very strongly about the ballots and the ballots are a disaster and —

Reporter: But people are rioting. Do you commit to making sure that there’s a peaceful transferal of power?

Insanity Wrap isn’t sure what the reporter was trying to ask, aside from setting a badly constructed Gotcha.

And what does the reporter mean by bringing up the riots in this context? Is that a threat? Insanity Wrap hasn’t a clue.

Earlier, at a rally in North Carolina, Trump told supporters he will continue to hold rallies in the campaign’s final days to ensure that “win, lose or draw” he’ll have no regrets. “I’ll be happy” with the effort, Bloomberg reported.

In other words, Trump had already used the “win, lose, or draw” line in a way that clearly indicated he’d step down if he lost.

The reporter tried — badly — to turn that into a gotcha.

Hitler seized total power after the Reichstag fire that was almost certainly set by his own Nazi Party. Trump was just asked if he’d make sure there was a “peaceful transfer of power” even if he wins, or if there’s a draw and the whole thing goes to the House.

While Insanity Wrap believes Trump’s reply could have been more artful, we’re so done with everyone going into Full Panty-Bunching Mode every time something like this happens.

Besides, the entire Democrat-Media Complex failed to accept the result of the last election, and has pursued by every means fair and foul (but almost entirely foul) to overturn the result.

Insanity Wrap will give the last word on this non-story to Sean Davis.

I will not be lectured on civic norms or peaceful transitions by anyone who endorsed the bogus Steele dossier, illegal FISA warrants, Kavanaugh rape hoaxes, military coup attempts, or post-election street violence dry runs by BLM terrorists. https://t.co/vQiyVbkNq5

DALLAS: “f*ck you” a few white BLM protesters yell at a black woman in her car

As she tries to pass through an intersection they are blocking

They continue to hurl expletives as traffic builds up pic.twitter.com/aBlRSnM3Ng

After things calmed down in Portland earlier this month, Insanity Wrap had dared to hope that maybe we were through the worst.

But this isn’t going to end until Election Day.

And it probably won’t end then, either. 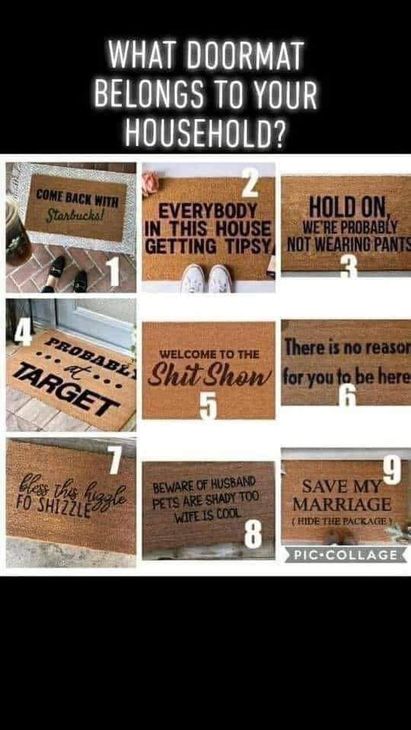 Here at Insanity Wrap’s mountain hideaway, we’re always a 6 or a 9.

And if we’re being completely honest with you, the 9 is just as often our fault as it is Mrs. Insanity Wrap’s.