Insanity Wrap needs to know: What does Hunter Biden do for a living?

Answer: Seriously, we read all the reports and we still can’t tell what he does, aside from bend his father’s ear.

Insanity Wrap finds it nearly impossible to believe that we keep losing to these people. 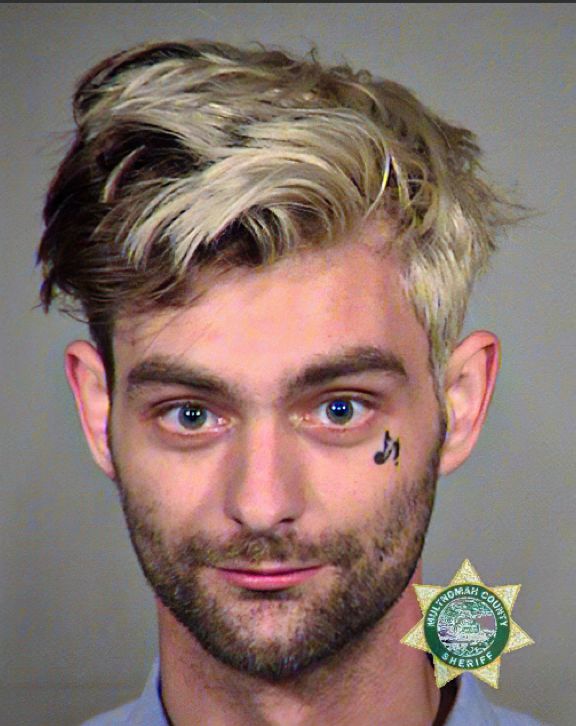 Jeremy “JeVa” Edwin Vajko, 27, operates the graffiti-covered vehicle dubbed the “Snack Van.” Since the early weeks of Black Lives Matter-Antifa riots broke out more than 100 days ago in Portland, he’s been providing protesters and rioters alike free water, food, and medical supplies. But now a viral “community safety” notice from a pseudonymous “concerned comrade” is alerting the Antifa following about Vajko’s alleged sexual “predatory behavior.” Vajko is accused of manipulating sexual scenarios, appearing at the homes of victims, contacting them through alternate phone numbers, threatening self-harm and expressing “bi-phobia.”

Vajko denies the accusations, but Insanity Wrap did find this next bit of interest:

Vajko, of Seattle, says he resides in the Portland-area now. He previously worked for Microsoft as a senior engineer before dedicating full-time in May to block streets nightly with his vehicle so police can’t mobilize, and distributing supplies to rioters. It’s unclear how his activities are entirely funded but he does crowdfund through Venmo and CashApp. He has been arrested multiple times in different cities.

If he does end up hurting someone, it will be because the authorities in several cities kept setting him loose without bail or serious charges.

But enough protest creepiness. How about a protest mortar, instead?

Careful. Insanity Wrap would hate it if some thug were to set xiself on fire.

Measures passed by the council will cut less than $4 million of the department’s $400 million annual budget this year. The exact number of officers to be cut wasn’t clear but council members suggested it would amount to several dozen.

Seattle now has about 1,400 police officers, and the proposed reductions fell far short of calls from many Black Lives Matter protesters for a 50% cut to the department. Some members of the council had described the cuts as a “down payment” on future reductions.

The cuts and the crime will hurt poor and minority neighborhoods the most.

Insanity Wrap believes this is by design.

“The worse, the better,” as one of the 20th century’s most powerful progressives put it.

An Important Reminder for This and Every Autumn

I’m driving a car, but I just got a notification… pic.twitter.com/hLtikwxUtz

This is Insanity Wrap’s friend Fingers Malloy (of FTR fame and/or infamy) having a little fun at the expense of the psycho rage brigade.

Previously On Insanity Wrap: Crazy Battle as RBG Fights RBG on When to Fill a SCOTUS Vacancy

In Which We Literally Can’t Even

Insanity Wrap won’t quote this story beyond the headline, because some things are best left to the imagination.

And it nearly goes without saying that some imaginings are best drunk away.

No surprises, but it’s nice to see someone doing something about the Biden family’s talent for grift:

The Senate Homeland Security and Finance Committees on Wednesday released an interim report on their monthslong joint investigation into Hunter Biden’s role on the board of Ukrainian natural gas firm Burisma Holdings and his alleged “extensive and complex financial transactions.”

The 87-page report stated that Obama administration officials “knew” that Hunter Biden’s position on the board of Burisma was “problematic” and that it interfered “in the efficient execution of policy with respect to Ukraine.”

“This investigation has illustrated the extent to which officials within the Obama administration ignored the glaring warning signs when the vice president’s son joined the board of a company owned by a corrupt Ukrainian oligarch,” the report’s executive summary stated.

Hunter Biden joined Burisma in April 2014 and, at the time, reportedly connected the firm with consulting form Blue Star Strategies to help the natural gas company fight corruption charges in Ukraine. During the time Biden was on the board the company’s board, then-Vice President Joe Biden was running U.S.-Ukraine relations and policy for the Obama administration.

But wait, there’s more, this time from our friends at The Daily Wire:

The investigation launched after Finance Committee Chairman Charles Grassley (R-IA) publicly raised conflict-of-interest concerns about the sale of a U.S. company to a Chinese firm with ties to Hunter Biden a month before Congress was notified about a whistleblower complaint that was the catalyst for Democrats’ impeachment of President Donald Trump. The Senate’s investigation relied on records from the U.S. government, Democrat lobbying groups, and interviews of numerous current and former officials.

Read the whole thing, as they say.

The first is that the Biden report reveals just how deep the corruption goes on the Democratic side. Rather than call out one of their own for obvious and deep corruption tainting the previous administration and used as a cudgel against the current administration, Senate Democrats circled the wagons.

As bad as all that is, it doesn’t cut to the heart of what’s wrong.

Joe Biden — while he was serving the nation (in theory) as vice president — used his position (and sometimes his official jet) to introduce Hunter Biden to the rich & powerful & corrupt in places like Beijing, Kyiv, and Moscow.

Each payment, each benefit, each phony job given to Hunter weren’t for any value to brought to anyone’s legitimate business.

Making Hunter rich was the price of gaining access to Joe and to the Obama White House.

A sample of the largess bestowed by foreign powers upon Hunter Biden, taken directly from the Senate report. 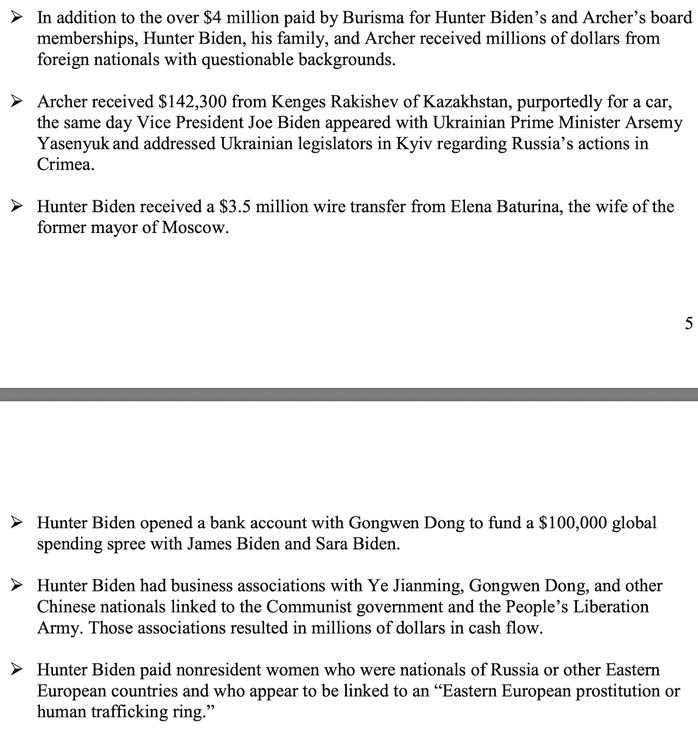 Usually, to obtain that kind of wealth, one must create a great new product or service.

In Hunter Biden’s case, all he needed was a famous last name and his father’s ear.

Nice “work” if you can get it, we suppose. Although Insanity Wrap believes that whenever scheming mediocrities like the Bidens can grow so rich and powerful, it’s merely a symptom of deep civic rot.

It’s crazy how far our civic institutions have fallen, and how quickly.