• Math is unkind to Democrats, socialists, progressives, and other demagogues

From several minutes ago. Paint, bottles and fireworks were thrown at police. Riot declared. Police used some sort of gas that knocked me out of commission for a while. Apologies to anyone watching the KOIN livestream. pic.twitter.com/wvG08oIkEv

Remember, “mostly peaceful” is a fig-leaf expression for “partly violent.”

It doesn’t matter how just your grievance might be, once you initiate the use of violence, you’re the bad guy.

Insanity Wrap is here to assure you that it is not right.

It is, however, true:

In an email to employees sent out on July 31, the head of Wisconsin’s Department of Natural Resources not only reminded employees of Gov. Tony Evers’ mask order going into effect on Aug. 1, he also said that every DNR employee must wear a mask … even while on a teleconference.

“By wearing a mask while video conferencing with the general public, we visually remind folks that masking is an important part of navigating the business of natural resources during this tumultuous time,” Sheridan said.

The better-informed half of the public suspects that the government at all levels is made up almost entirely of hidebound buttinskis with ridiculous concerns unrelated to their own, and with only the most tenuous connection to reality and/or common sense.

This Wisconsin directive confirms those suspicions in a way that will make it more difficult for Wisconsin to enforce the few regulations and laws that actually do make sense because the people will give them a well-deserved shrug and say, “Whatever, you Zoom mask-wearing freaks.”

“Karens with SWAT teams” is no basis for just governance, and yet here we are.

In Which Insanity Wrap Agrees with Kamala Harris

Insanity Wrap remembers all too well what life was like from 18-24, despite our best efforts to drink those memories away.

Still, we plan on trying again this evening.

Remember that time @KamalaHarris was San Fran DA and knew she had a drug addicted lab tech who was stealing opioids and tainting cases resulting in about 600 wrongful convictions, but covered it up and had to be smacked down by a judge?

And the Dice Roll Nothing But Doubles

Monopoly might not be very realistic, but it does teach players to think strategically, think long-term, and to always maintain a cash reserve for emergencies.

Harris Monopoly does none of that, but it is a realistic view of life in San Francisco while Harris was D.A. there.

Oh, and your 401(k) is basically gone, & large companies are in deep trouble.

Brian Riedl is absolutely correct, but there are three important things worth adding.

• You can only confiscate every billionaire’s wealth once. After that, you’re back to your own devices. Insanity Wrap wishes everyone good luck without the innovators and job creators because we’re going to need it.

• Billionaires have a billion dollars in virtually every case because they came up with products or services of great value that made the entire country (or world) richer and more productive, and their great wealth allows them to continue innovating. Your average guy with a one-time $10,000 bonus is typically just one or two questionable decisions away from being right back where he started.

• It’s wrong to take things from people just because you can.

There are other, more arcane problems with the progressive vision of taxing or confiscating the wealthy out of existence, but these are the Big Three.

So I looked up “Sen Harris China coronavirus” to see what she has done to condemn China’s behavior that led to the global spread of covid.

Well. She introduced a resolution to condemn the term “Wuhan Virus”.

The Wuhan virus is called that because it originated in Wuhan, a city in mainland China controlled by Chinese Communists who lied about the nature of the Wuhan Virus and allowed Wuhan residents to travel globally (but not within Communist China) for the seeming purpose of making sure that the rest of the world got just as sick as Communist China got.

But let’s do please condemn the use of the accurate phrase “Wuhan virus” because we’re the bad guys.

“We’re the bad guys” is pretty much the platform of the Democratic Party since 1968. 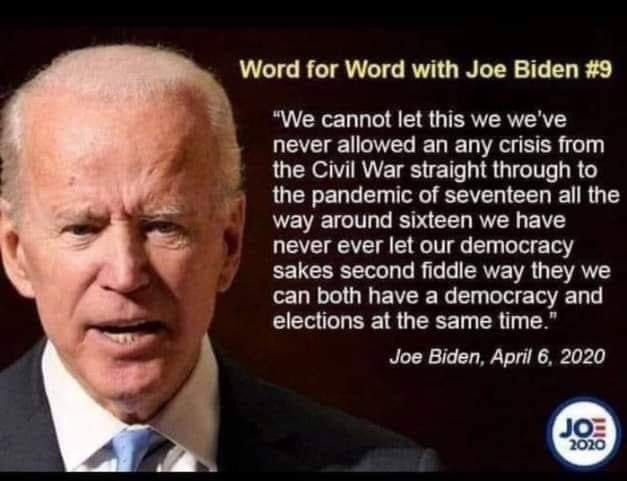 While we don’t usually indulge in flashbacks or cheap “greatest hits” moments, this one came to mind after reading this from CNN’s Chris Cillizza.

What Biden did is make the pick that maximized his chances of continuing to make the race a straight referendum on Trump while also selecting someone, in Harris, whose resume suggests will be ready to step in if and when Biden decides to step aside.

As Joel Pollak noted, Cillizza is “all but conceding that Biden will not finish his presidential term, if elected.”

That’s not coming from some right-wing internet crank, but from CNN’s reliable — well, reliably hacky for the Dems — Chris Cillizza.

You’re not paranoid. The Democrats really are out to bait-and-switch presidents.

Health Reminder: After reading a Chris Cillizza column, Insanity Wrap encourages you to wash your hands for 20 seconds or use a hand sanitizer. 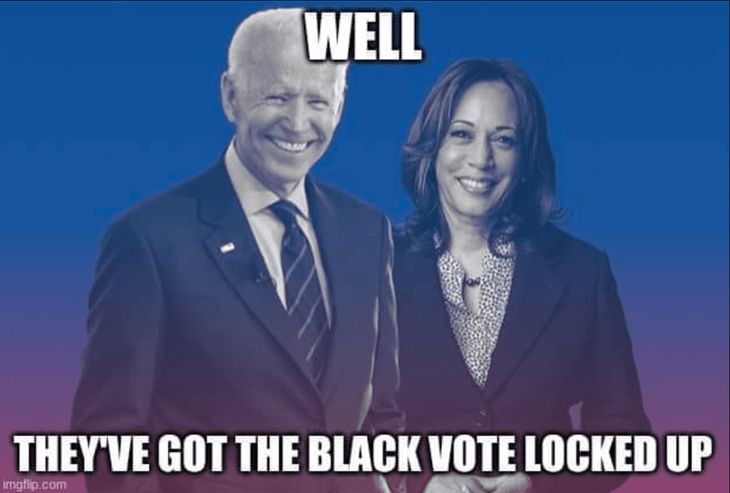 This isn’t funny. It’s cruel and sad — and true.

And that is why we must laugh.

Previously On Insanity Wrap: Kamala Harris Got the Nod, Biden to Get the Knife?