Insanity Wrap #16: Biden Gets Lost in a Gym, Plus Murder Hornets Mystery Solved

Insanity Wrap needs to know: How much chutzpah does Portland have, trying to fine Washington for daring to defend a federal courthouse from radical Portlanders?

Answer: All the chutzpah, every single bit of it.

• Joe Biden forgets where he is (again).

• Them! ants are everywhere.

Feds appear to have shot pepper balls at this person as they were lighting a firework inside the fence. I don't think they came outside though. Probably just used the window flaps. pic.twitter.com/gHLxQksmrF

Inquiring minds want to know: If you don’t enjoy getting shot with pepper balls — Insanity Wrap has yet to experience it and would prefer not to — have you tried not setting off explosives near federal property being protected by federal agents from people just like you?

Don’t Try This at Home — Or Anywhere Else

That is too much bike for that particular rider.

Insanity Wrap is just glad no one seems to have been badly hurt.

We Finally Know What Became of the Murder Hornets 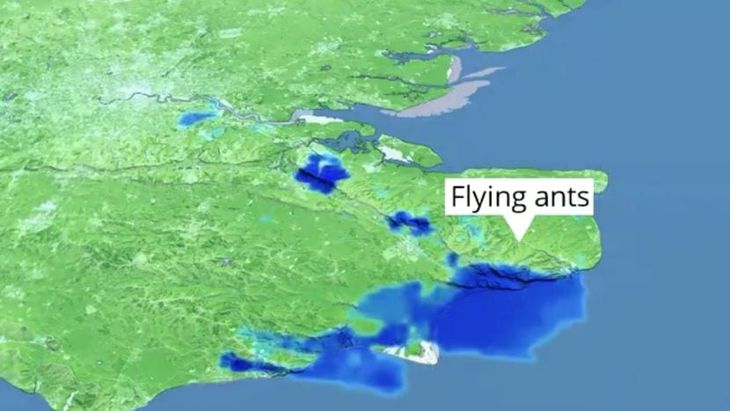 May of 2020 seems so long ago, a dimly remembered yet more innocent time. Back in those hazy golden days of yore, we only had murder hornets to worry about…

…but then the threat mysteriously disappeared before hardly anybody had even seen one.

Maybe they were eaten by the giant swarm of flying ants.

Rules Are for the Little People

Nadler takes off his mask to speak and gets mad at Republicans for taking off their masks to speak. pic.twitter.com/HoucQNVqW7

When Nadler was wearing his mask, the resulting loss of oxygen to his brain seems to have caused him to pass out.

Insanity Wrap — in our usual VodkaPundit guise — will appear in a video live chat at 3:30 p.m. Eastern today along with PJ Media’s own Stephen Kruiser and Bryan Preston.

The three of us will take your questions, discuss the news of the day, crack bad jokes, and generally do our best to inform and amuse our VIP Gold members.

Despite the inevitable consumption of lovely adult beverages during the two-plus hour event, we promise to stay awake the entire time.

That’s how it’s done when you give a damn, Congresscritter Nadler.

The usual, and sadly believable, accusations of racism and intimidation on the set of Ellen.

Insanity Wrap hates these stories and honestly hopes this one isn’t true, if only because the world needs less awfulness instead of more.

Our hopes, however, aren’t exactly high. Given all we’ve learned about Hollywood in the last couple of decades, our hopes are so slow the bottom looks like up.

Maybe all there is left to do with Hollywood is take off and nuke the entire site from orbit.

It’s the only way to be sure.

Previously On Insanity Wrap: Seductive Mask Appeal, Plus the Debate-Debate

If It’s Tuesday It Must Be Belgium

At this point, does one laugh or cry at this poor older man’s decline?

We had thought perhaps Biden was joking until one Twitter commenter pointed out “that blank look on his face while his brain tries to catch up with what he just said.”

Once Biden got his bearings, the speech wasn’t so bad if you grade it rather generously on the Slow Joe Curve. But there’s little getting around the fact that Biden doesn’t appear to be able to handle the “rigors” of the COVID-19 campaign trail, in which he does very little and not very often.

Compare that to the rigors of the White House, and Insanity Wrap doesn’t think Biden would make it through his first year.

Insanity Wrap does think, however, that the far-far left wing of the Democratic party is counting on just that.

Wuhan is the capital of Hubei Province.

First the Wuhan Virus. Now this:

Floods have already displaced 46 million people in 27 of the country’s 31 provinces since heavy rainfalls began in June, leaving 141 people dead or missing with economic losses of 116 billion yuan ($17 billion), according to the Ministry of Emergency Management.

To put that in perspective, in sheer numbers that’s as though the entire population of California and Arizona had to get up and go somewhere else.

That’s not an entirely fair comparison, since China has about four times as many people as we do.

In terms of displaced persons per capita, it’s as though the entire state of Pennsylvania had to vacate.

Then again, China is more than four times more densely populated than the U.S. is, so there’s a lot less room for displaced people to move into.

Photoshop of the Day

Who did this? 😂❤️ pic.twitter.com/Pzr3m5ZAwY

This is not a joke or some kind of put-on.

Portland is really trying to fine Washington — that’s our federal tax dollars, bee-tee-dub — to the tune of $2,000 per hour for blocking the street with a fence.

The streets taken over for two months now by rioters aided and abetted by Portland’s own government. Rioters who have spent night after night trying to invade and/or burn down the courthouse in order to inspire further insurrection across the country.

The Feds are doing what they can and must to protect public property, something Portland had signally failed to do. Encouraged, even.

Yes, I am afraid to direct workers to do their job and enforce our laws against the federal government—I hope that gives everyone reading this pause.

As of yesterday, the federal government owes us $192,000 and counting. We intend to collect.

Washington ought to present Portland the bill for whatever it costs to put down the insurrection Portland refused to take care of themselves. 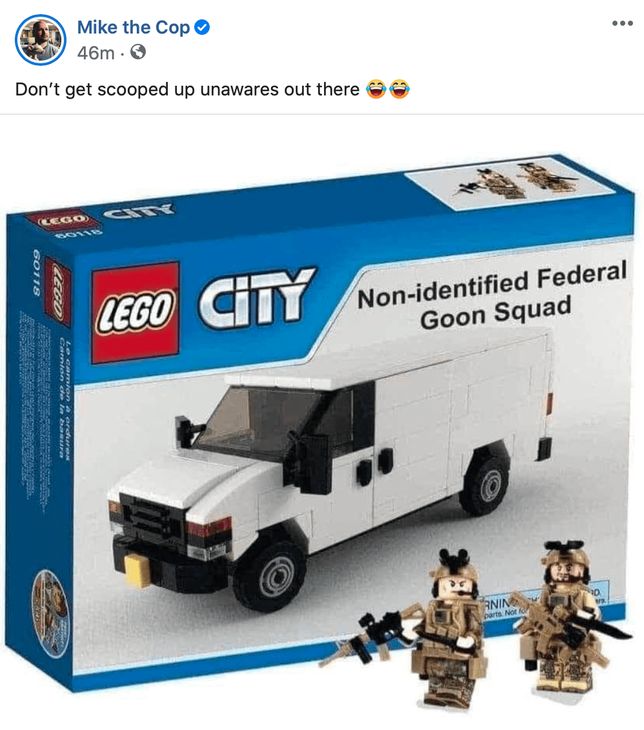 As a libertarian-leaning conservative, Insanity Wrap is no fan of huge police power, or of many of the corrupt and corrupting laws even good cops are required to enforce.

But given what the radical left is trying to do to this country right now, if this were a genuine Lego set, we’d happily build it and proudly display it on one of our office bookshelves.

Previously On Insanity Wrap: Another Day in Antifa Paradise, Plus Pelosi’s Failed Meme