Answer: When the Left needs it to.

You knew that already, didn’t you?

Before we get to that, a quick preview of today’s Wrap:

After someone throws a molotov cocktail at the federal courthouse, this masked person has a bag filled with glass bottles & throws them at the building. The glass bottles contain accelerant meant to spread the fire. pic.twitter.com/XY016Uoneu

The Examiner’s Becket Adams asked, “What is the point of this nonsense in Portland?”

What’s the endgame here? What do the protesters even want? If the feds pack up and leave tomorrow morning, are the protesters going to occupy the courthouse and… what, set up a tribunal?

As a matter of fact, yes. 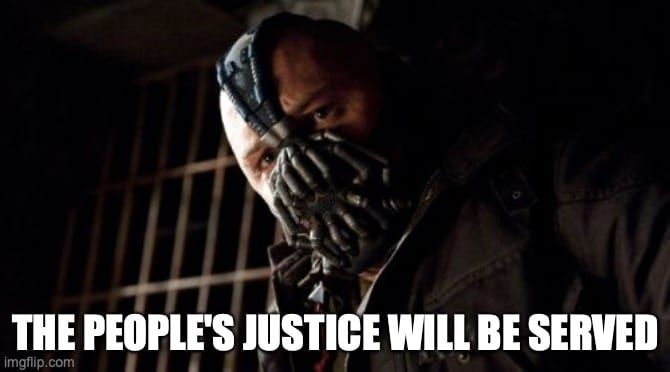 The feds have nothing to do with local police brutality, other than a police reform bill sponsored by a senator — who happens to have been a black victim of racial profiling once upon a time — whose bill is being blocked by Democrats only because he’s a Republican.

The antifa/BLM crowd attacks a federal courthouse night after night, Insanity Wrap believes, exactly because they mean to replace actual justice with street justice from coast-to-coast.

Only if we let them.

Are you ready to drown in the Sea of Cleverness?

Well, are you ready to go hip-deep into the clear running waters of the Witty River?

How about we get the soles of our shoes slightly damp in the Puddle of Half-Assed Tries?

Insanity Wrap was able to obtain the list of potential nicknames that missed the cut:

• Mr. We All Just Hate You So Much Because You’re Just Such a Hater So There

Insanity Wrap hopes Pelosi paid her exquisitely trained media experts top dollar for that one because we love it when Dems flush their own money down the toilet.

At the very least, it’s a nice change from flushing our money down the toilet.

What Has Been Seen Cannot Be Unseen 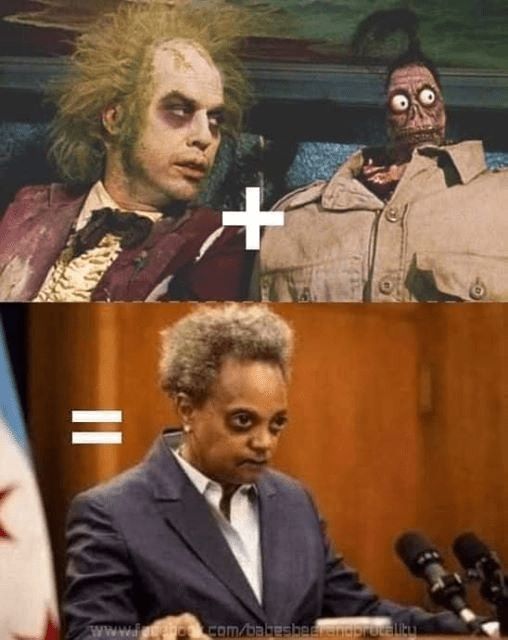 Don’t say we didn’t warn you.

The Right of the People Peacefully to Assemble…

As we blocked streets, certain drivers got annoyed and attempted to maneuver their way around us. This particular white woman tried to cut through a gas station. Me and a couple other protestors stood in front of her car and demanded she turn around. Instead she steps on the gas. pic.twitter.com/ODL1Evmmzf

So apparently the big problem protestors have is when people try and drive on the streets they’re blocking — including highways.

Ms. Clark, apparently oblivious to the fact that people enjoy a right to travel while protestors do not have a right to prevent them from doing so, complains:

In the video above, she had already attempted to run us over multiple times and I had moved from the front of the car to the side and was banging on her window screaming at her to stop. Throughout this whole thing, the cops are doing nothing.

Insanity Wrap hates to break this to you, Ms. Clark, but the police did nothing because you and your riot mob were in the wrong.

Preventing people from going to work, grocery shopping, or just plain pleasure driving is not an exercise in peaceful assembly, nor is it petitioning the government for a redress of grievances.

At this point, Insanity Wrap believes a case could be made that any two or more “protestors” engaging in such acts could be considered to be conspiring to deprive people of their civil rights, and be charged and tried accordingly.

The same thing is going on in Aurora, Colorado, long known with (ahem) affection as Saudi Aurora.

The fact that two white men weren’t immediately arrested for trying to run us over on the highway is the definition of WHITE PRIVILEGE.

The real privilege is the one steel enjoys over flesh. Insanity Wrap would like to assure all of you street- and highway-blocking criminals that when the two meet at speed, steel wins. 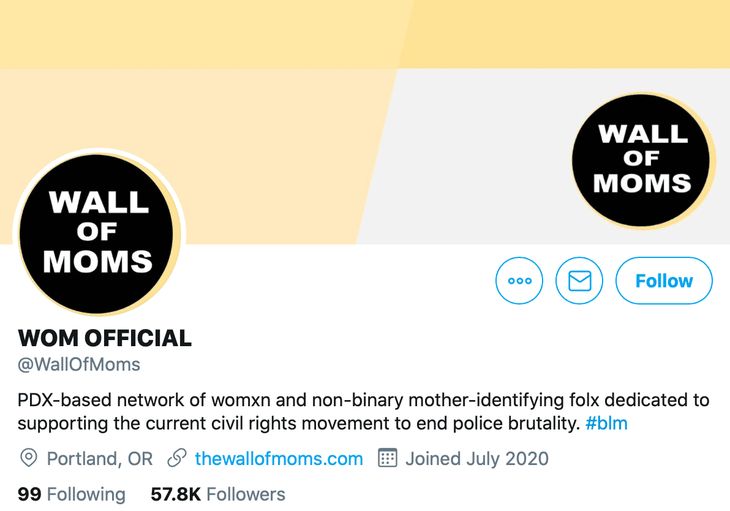 Last week, Insanity Wrap reported to you that the so-called “wall of moms” protesters probably weren’t moms, and probably were in fact just another Soros-funded group of antifa-types.

Well, according to their own brand-new Twitter account, they don’t even have to be women, much less moms.

Instead, they’re merely a “network of womxn and non-binary mother-identifying folx.”

In other words: the Wall of Moms is just another random collection of made-up personal pronouns out for street justice.

Trump Throws Down the Gauntlet, Biden Forgets What It Means

Fox’s Chris Wallace: "In our interview last week with President Trump, he questioned whether his opponent Joe Biden could handle a similar encounter. Well, we asked the Biden campaign for an interview and they said the former VP was not available. We'll keep asking every week.” pic.twitter.com/5BIbp6dQ02

Biden has been pretty much living in his basement for the last five months, occasionally appearing just long enough to embarrass himself in yet another mind-baffling, odd video.

Last week, it was the bizarre claim that nurses used to inflate his nose.

What will it be this week?

We can’t even begin to guess, but whatever it is, Insanity Wrap will bring it to you. 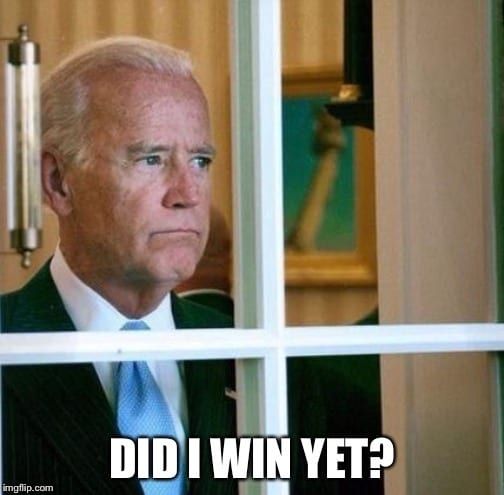 And that’s a wrap for today.