#NeverTrump morphed into #AlwaysDemocrats so slowly I hardly even noticed, did you?

Of course, you did. It was always that way — but today we have the proof.

Plus, America has a fever and it can only be cured by MORE LOCKDOWN!

Random thought: Shouldn’t it be Monday the 13th that we dread instead of Friday the 13th?

So, about that infamous #NeverTrump group of diehard True Conservative™ Republicans, The Lincoln Project…

When did “never Trump” morph into “only Democrats”? What is conservative about working for Democratic majorities? https://t.co/WN0zJkla9C

In a piece you might have missed because the Washington Post chose to bury it in its little-read Saturday edition, reporters Ashley Parker and Robert Costa claim that the “once-mocked” #NeverTrump movement has become “a sudden campaign force.”

Nah, we still mock them.

But the important thing is that #NeverTrump is no longer about being against Trump: It’s about getting Democrats elected, period.

Advisers to the Lincoln Project, which they say has about 30 employees and raised $16.8 million this quarter, will soon expand to include ground operations. They are coordinating over 2,500 volunteers in Michigan and plan to next target Republican Sens. Susan Collins (Maine), Joni Ernst (Iowa), Thom Tillis (N.C.) and Lindsey O. Graham (S.C.), who they see as vulnerable after his challenger, Jaime Harrison (D), pulled in a staggering $13.9 million since April.

$16.8 million might not sound like a lot for a presidential race, and that’s because it isn’t. But in a contentious year, that kind of money might be enough to help tip the balance against vulnerable GOP senators and make Chuck Schumer the new majority leader in January.

Even if the Lincoln Project fails to beat Trump, “Cocaine Mitch” McConnell’s judicial confirmation machine would be shut down, and Trump’s conservative remaking of the federal judiciary would come to a halt.

All because George Conway and Rick Wilson are so much more conservative that you flyover rubes could ever be.

But it doesn’t end there. The Lincoln Project is waging a cancel-culture type purity campaign against big name conservatives who don’t blindly hate Trump like they do:

“The next battle will be making sure those from his ilk do not get the next Republican nomination,” Weaver said. “Our task won’t be finished when Joe Biden takes the oath of office.”

Of course, it won’t be finished — they have an entire Biden agenda to help enact.

I mean, even Mitt Romney isn’t squishy enough for the #NeverTrump/#AlwaysDemocrat likes of Tom Nichols, that nasty piece of work whose sneering condescension has long made him a natural fit with today’s cancel culture progressives.

I'd love to argue for a Romney exception. But when the GOP acts like a parliamentary party instead of a separate branch of government, you have to treat it like one. But if Romney's going to keep voting to keep McConnell in power in the Senate…well, whaddayagonna do. https://t.co/QxJL4nWoIw

Moving right along before I lose my will to live…

All I can say to this next item is that I hope Brandon Friedman’s shutdown “debate” figure is as far off as his analysis.

90% of the coronavirus debate now is about trying to find ways around the fact that the obvious solution is to pay people to stay home until there's a vaccine.

90%, eh? The echo chamber Friedman put himself in is about the size of a purely theoretical particle and has better soundproofing than a serial killer’s basement.

Remember that AIDS vaccine we were promised 30-plus years ago? Imagine if we’d shut down the entire country this entire time, and just sent everyone a big wad a Weimar dollars every couple of weeks?

If you still had any doubts that there is no limit to the damage that the Democrats — and their #AlwaysTrump enablers — are willing to do to the economy, just for the sake of winning one election, maybe it’s time to let go those doubts.

But you were way out ahead of me on that one, weren’t you?

Next up: You’re being gaslit by the media… again.

Did you know that President Trump has never worn a mask in public before now?

It must be true because it’s all over the media.

President Trump on Saturday wore a mask in public for the first time, after months of resistance.

Our chief fashion critic Vanessa Friedman writes that when it finally happened it was “pretty unremarkable. Anticlimactic, even. Even kind of … boring.” https://t.co/Og4Mrddrft pic.twitter.com/F86JsuLsGG

It’s such an important story that the NYT gave it to their “chief fashion critic.” 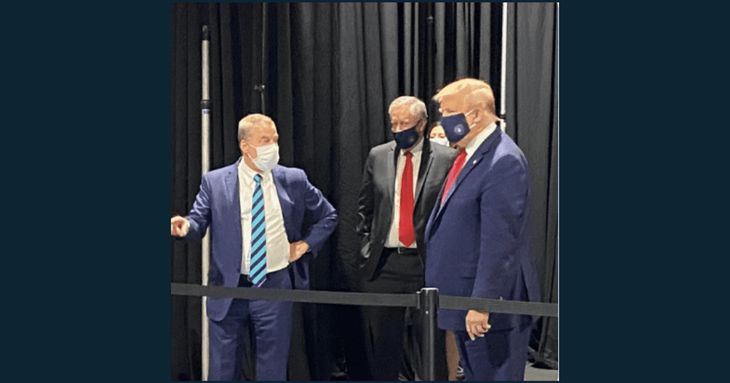 The problem is that this isn’t the first time Trump has worn a mask in public, as even the left-wing Snopes was forced to admit back in May.

It’s true that Trump wanted to keep it quiet, but that doesn’t change the fact that there he is, on an official visit to a Ford plant, wearing a mask.

As always, we need a little levity to finish up today’s Insanity Wrap, so here you go: 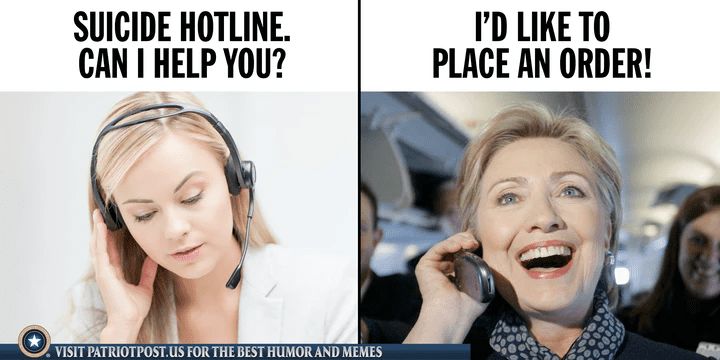 Until tomorrow’s Insanity Wrap, assuming we make it that long…

Steve launched VodkaPundit on a well-planned whim in 2002, and has been with PJ Media since its launch in 2005. He served as one of the hosts of PJTV, a pioneer in internet broadcasting. He also cohosts "Right Angle" with Bill Whittle and Scott Ott at BillWhittle.com. He lives with his wife and sons in the wooded hills of Monument, Colorado, where he enjoys the occasional adult beverage.
Read more by Stephen Green
Tags: NEVERTRUMP INSANITY WRAP
SHOW COMMENTS