Florida Man Friday gives all Americans — black, white, brown, man, woman, and whathaveyou — the chance to set aside the endless panic over riots, looting, pandemics, and reverse mortgages. Instead, we can join together for a few minutes of joyous kumbaya and celebrate the antics of Florida Man and Florida Woman…

…and maybe even indulge in a few additional stories from around the country and even the world.

So join me now, won’t you, on another epic… 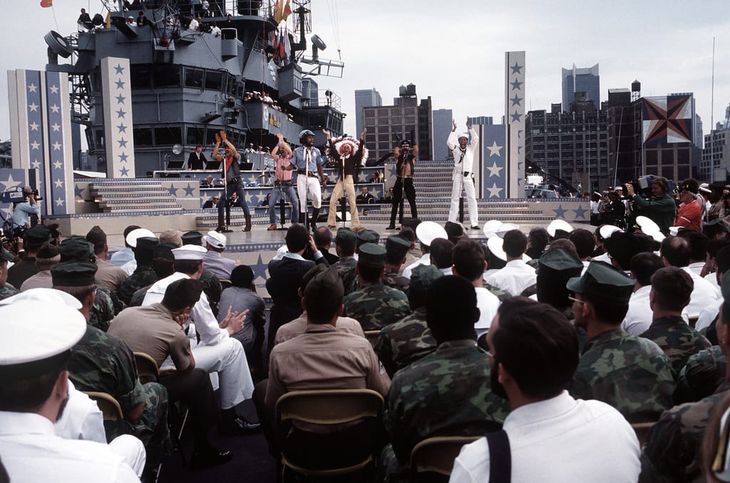 Yesterday, a Florida man pleaded guilty to defrauding a North Bend casino, in a deeply “Florida Man” sort of way.

Howard Harlib, 67, admitted to falsely claiming to represent the Village People — as in the costume-wearing ’70s disco band most famous for “Y.M.C.A.” — and charging Oregon’s Mill Casino $12,500 for a fraudulent booking.

The grift took place in August 2015. The Coos Bay casino reached out to Harlib, a Florida resident, in response to a flier claiming that Harlib could book the Village People for shows.

Harlib sent the casino a brochure for his company, Premier Entertainment, as well as a contract charging the casino $12,500 for the booking. The casino signed the agreement and sent Harlib a check, which he cashed two days later.

Florida Woman Puts the Pedal to the Metal

Does anyone still say “pedal to the metal,” or did I just seriously date myself?

Speaking of dating, I wonder if she’s made bail… 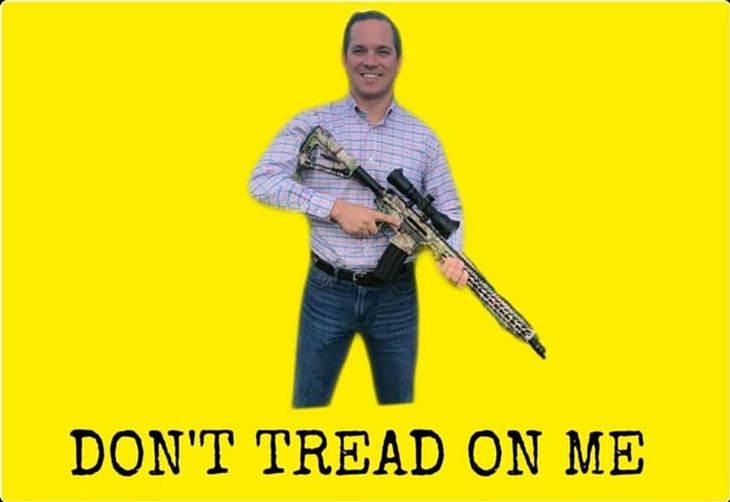 You have got to be kidding me with this one:

“Attention potential ‘protesters’ coming near Lake County, FL. This is an AR-15—this will be a very common sight upon illegal entry at any Lake County business—FYI!” [Florida state representative Anthony] Sabatini wrote early Sunday, attaching a photo of a camouflage-covered rifle.

In response, Hialeah state Rep. Cindy Polo has filed a written complaint against Sabatini, accusing her colleague in the Florida House of “inciting violence.”

Informing potential rioters that your property is well-defended prevents violence, it doesn’t incite it.

Now That’s What I Call a Peaceful Protest

Leta Foster said she came out because it was important to show people that she had no hatred in her heart.

Florida man. Wearing a face mask incorrectly (not to mention his sagging pants). WTH happened to No Shirt, No Shoes, No Service? In a store that sells food no less. #Florida pic.twitter.com/M7IMkCRXrt

Florida Man is just trying to get some groceries – why does Florida Woman Karen have to judge?

• Florida Woman attacked her boyfriend with a hamburger, police say.

• Florida Man Sentenced To 4½ Years In Prison For Fraudulent Acquisition Of Valuable Artworks Using Stolen Identities. (You gotta steal something to steal something, I always say.)

Previously on Florida Man Friday: Battle of Corona vs. Coronavirus 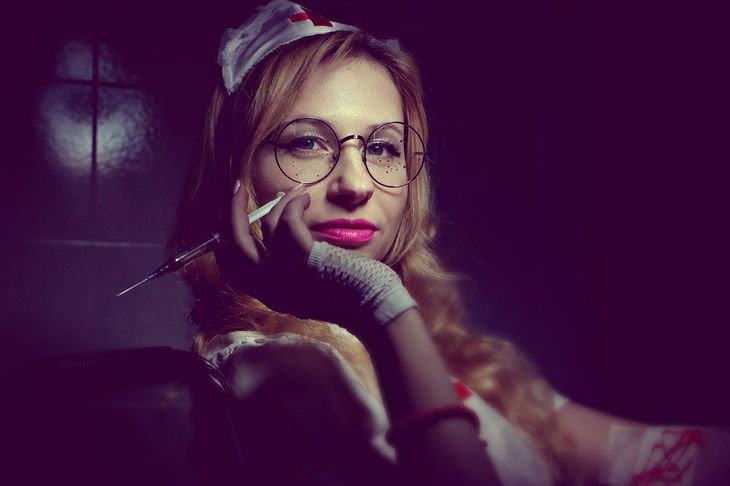 (Image by Виктория Бородинова from Pixabay.)

Florida residents can now get drive-thru Botox injections, for $600 a shot

Vanity shall not be deterred by riots, plague, or gators:

After nearly three months of coronavirus lockdowns, Americans who get Botox injections, which typically last three to four months, are itching to get back to their plastic surgeons’ offices.

Some cities have allowed elective procedures, filler injections included, to resume, but doctors and patients are still wary of the risks that come with being in an enclosed office for long durations, and being in close contact with other humans.

So Dr. Michael Salzhauer, the Miami-based plastic surgeon known as “Dr. Miami,” created a drive-thru Botox site for his patients in his clinic’s garage, Reuters reported.

“The somewhat reputable doctor will see you now, thank you, drive through.”

If you want to start a riot around my place, punch a dog.

GREEDY GATOR: This hungry alligator tried to snap up some sea turtles off a wall-mounted plaque on the front porch of a Florida home. https://t.co/YA4BL3r8O2 pic.twitter.com/bChXCZFLfj

Is that the real turtle soup, or is it merely the mock?

A Florida woman was about to head out for a coffee run when she was jolted awake by two alligators fighting outside her front door. https://t.co/QHXH0vNxc6 pic.twitter.com/M0tduE51in

I gotta tell you, this really puts into perspective the time my wife found a bear in our garage, doing nothing worse than scrounging for trash. 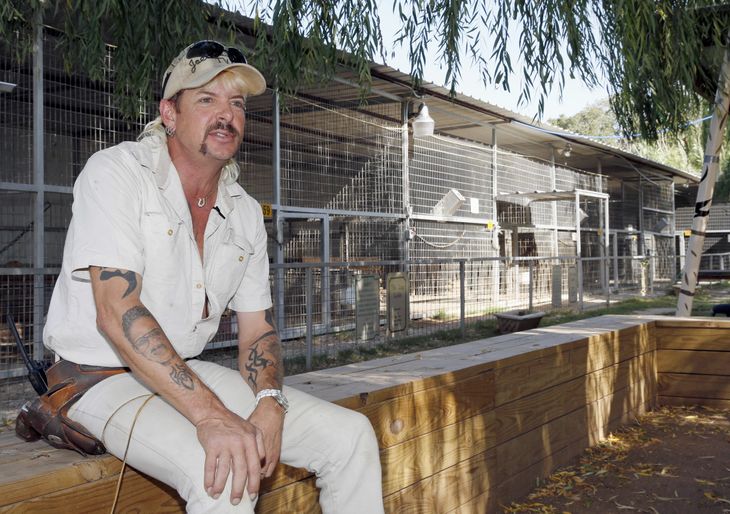 Now that they’re hers, I wonder who what she’ll feed the tigers.

No one would live in Florida if not for arguably the greatest Florida Man ever, John Gorrie.

What did he do? Invented air conditioning – and because of that, Florida put a statue of him in the US Capitol. https://t.co/BDR48D0AW2 pic.twitter.com/0vd46CGr96

I’d never make it without A/C.

Seriously, anything much above 70 degrees and I’m cranking the A/C up to “Norway.”

This is an issue because my wife is one of those people who would actually wear a down comforter in summer weather, if only they were more fashionable.

So how does an odd couple like us, one who’s always freezing and another who is always too warm, make it work?

It involves a lot of blankets on her side of the bed, and a high-powered fan on mine.

Don't get mad at Florida man, make a drinking game out of it! pic.twitter.com/smwliWfVVu 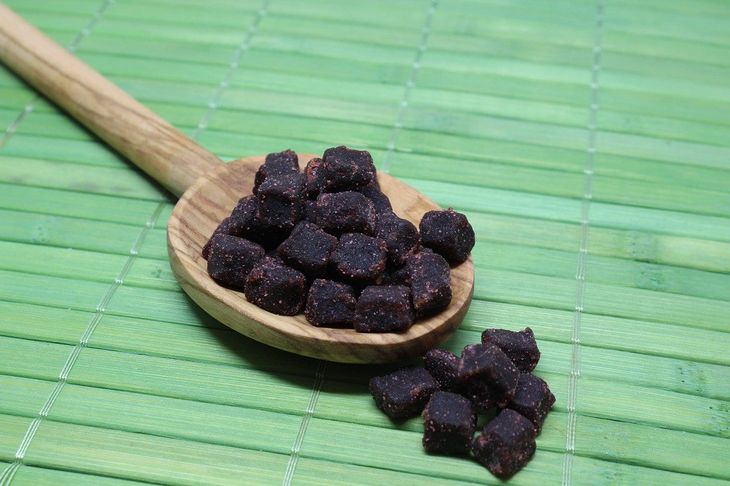 (Image by Markus Tries from Pixabay.)

Police Arrest Man Who Claimed He Was Making ‘Healthy Meth.’

A Colorado man is facing drug charges after police say he told them he was attempting to create a healthy meth substance with acai berries inside a meth lab in his garage, although a search of the garage did not turn up any methamphetamine.

Rogers also told officers he was making a “healthy meth substance” at his home, because there were acai berries in it, according to an affidavit.

I was just telling you last week that if we only had Florida’s sunshine law here, Colorado Man would give Florida Man a run for his ill-gotten money.

Who had incestual necrophiliac zombies for June?

It is like the entire nation is trying to one up Florida Man at the same time. https://t.co/UQDwfGywa1

When Florida man gets to New York pic.twitter.com/XXwoiABLP2

Check out New York Men in action. Can’t believe they made that work. 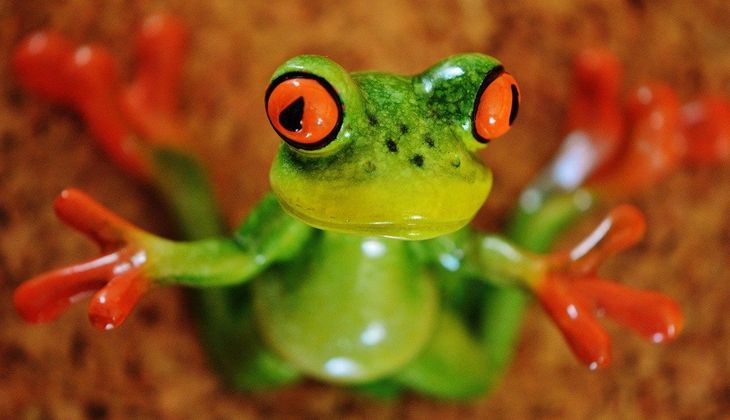 Anyway, stories like these can mean only one thing: Florida Man has just one week to reclaim his crown of glory in time for the next epic…