Two Americas: Karens and Everybody Else

What I’m about to reveal today will shock you.

But I’m not here to protect anyone’s tender sensibilities or cater to someone’s snowflake tendencies. It’s my job to share hard facts with you, to the very best of my understanding of those facts, and to the best of my ability to convey them.

So brace yourself, please, as I tell you this now.

Barack Obama may have made a mistake.

It felt liberating to write those words, after nearly two decades spent fawning over the man so graced that even his political opponents should be thanking him, our Black Jesus, the Lightworker who would “actually help usher in a new way of being on the planet.”

Yes, this is The One who may have, somehow, briefly, long ago, one time been wrong about something.

Our Anointed One burst onto the national scene at the Democratic National Convention in 2004 with his stirring “one America” keynote address. Speaking before a crowd of adoring thousands, Obama graced them — and us! — with these words:

There is not a liberal America and a conservative America — there is the United States of America. There is not a black America and a white America and Latino America and Asian America — there’s the United States of America. The pundits like to slice-and-dice our country into Red States and Blue States; Red States for Republicans, Blue States for Democrats. But I’ve got news for them, too: We worship an awesome God in the Blue States, and we don’t like federal agents poking around in our libraries in the Red States. We coach Little League in the Blue States, and, yes, we’ve got some gay friends in the Red States. There are patriots who opposed the war in Iraq and there are patriots who supported the war in Iraq.

But I am here to tell you today that there are indeed two Americas: Karens and everybody else. And I am also here to warn you that due to the Virus Insanity Shut-In Time (VISIT), the Karens may be growing in number and in power.

“Karen” as you might already know by now is the current version of Gladys Kravitz from Bewitched, or the apocryphal Mrs. Grundy — that nosy next-door neighbor who knows exactly what’s right for you, and who isn’t shy about telling you so. 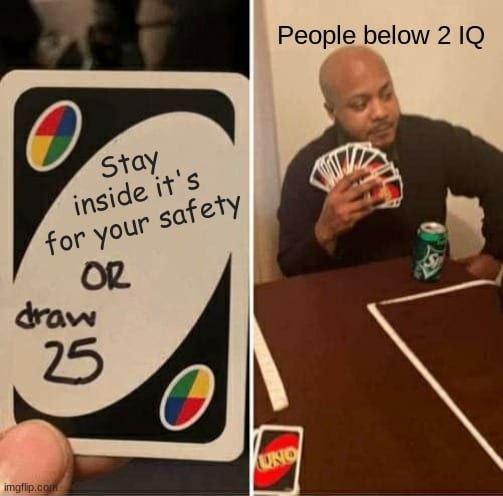 While the internet’s memesters have been having good fun at Karens’ expense, out in the real world they’re a lot less entertaining.

Mrs. Grundy’s new Karen incarnation is typically seen as white, female, upper-middle-class (or higher), and among her privileges is telling you exactly what you should and should not be doing. But Karens come in all guises, even as male police officers.

Caught On Video: A pair of Wisconsin police officers on a crazed power trip show up at a woman’s home because she “violated a state order” by allowing her daughter to play at a neighbor’s house pic.twitter.com/JTtogvoE1X

PJM’s own Megan Fox has the whole story, which you really owe it to yourself to read. Despite saying things like “I don’t need to explain that to you? Because I can if you need me to,” (from Megan’s report) Karens never see themselves as bossy. It’s just that you’re doing everything wrong and they’re here to help you.

New York City Mayor Bill De Blasio is a Karen, telling the people of city two weeks ago to snitch on each other like Stasi with N95 masks.

How do you report places that aren’t enforcing social distancing? It’s simple: just snap a photo and text it to 311-692. #AskMyMayor pic.twitter.com/WQdCcVf1Rl

Democratic presidential nominee-apparent Joe Biden is not a Karen, but only because he can’t remember that thing… the… you know… the thing he was about to tell you.

But as I quoted Robert Heinlein at the top of this piece, freedom begins when you tell Mrs. Grundy to go fly a kite. Out of the many, many middle-finger salutes De Blasio received, this is my favorite: “You’ve been dreaming of saying stuff like this since you fan-boyed the Sandinistas in the ’80s. Is it everything you imagined?”

My state’s governor, Colorado Democrat Jared Polis, is a big, fat Karen. As I’m writing this, Gov. Polis is threatening to withhold state emergency medical funding from Weld County. Weld is rural, Republican, the state’s main producer of oil and gas energy, and the county government has “stated they will not use county resources to shut down or penalize business owners who choose to operate.” While the Wuhan virus remains a threat outside Polis’ governor’s mansion in Denver, in Weld the risks are much more manageable — and the county is vital to the state’s economy. Nonetheless, Karen Polis knows what’s best for Weld, and says he’ll withhold aid if Weld doesn’t toe his line. 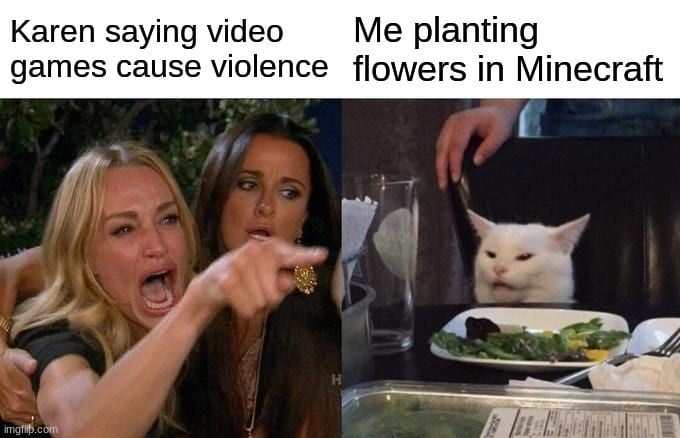 Karens typically know a lot less than they think they do, making them perhaps the country’s most-annoying real-world examples of the Dunning-Kruger Effect. The worst of all Karens might be Michigan Governor Gretchen Whitmer, whose quarantine overreach has annoyed so many people in her state that her own state assembly is practically in open revolt against her.

The thing to remember about Karens is that they have only the power you give them. The neighbor who is always “politely” “suggesting” that you do this or do that with your house or your yard — their opinion only matters to you if you let it. Mayors and governors may be voted out of office, or as we’re seeing more and more of during VISIT, more or less safely ignored.

For the slightly more daring, Karens are prone to outrageous outbursts and, better yet, are easily provoked. Do you have a smartphone camera, a social media account, and a willingness to push a Karens’ buttons? Then you could very well create the next viral sensation here in Non-Karen America. Maybe not the viral sensation we deserve, but the one we need right now.

Because there really are two Americas, and one of them needs to get shamed into leaving the decent one alone, if only for a little while.