Tomorrow morning, I’ll post my own predictions. In the meantime, three maps to keep you plotting all day long.

Here’s the betting line at Intrade, as of Sunday evening. This is how real bettors putting down real money are calling the race. Nothing has changed on Intrade’s map in days — but there’s money to be made on Tuesday if exit polls leak, which they will. Keep your eye on Drudge and your checkbook handy. 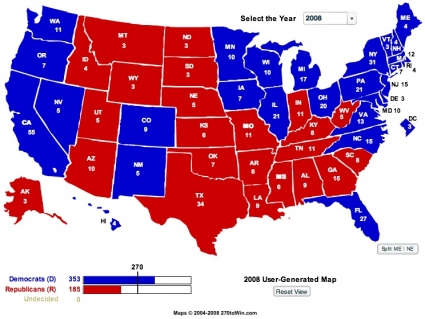 Here’s Obama’s best-case scenario, according to me. It’s hard to see him doing any better than this, but 370 EC votes is nothing to sneeze at. 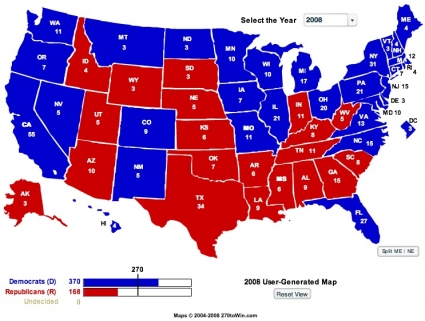 And here’s McCain’s best-case scenario. Notice that he can — just barely — eke out a win even smaller than Bush’s in 2004. 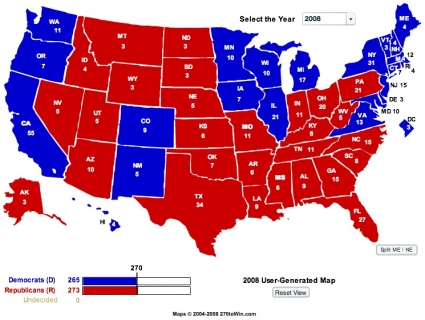