Because he’s either braver or dumberer than I am, reader “BP” (name withheld by request) read Andrew Sullivan’s liveblog of tonight’s debate. And caught Sully saying, “We may soon end this nightmare of barbarism in the heart of the United States. And then we can bring the war criminals to justice.”

BP was good enough to include a screenshot, in case Sully regains a portion of a part of whatever might remain of one of his extant senses, and flush that pair of reprehensible sentences down the memory hole. 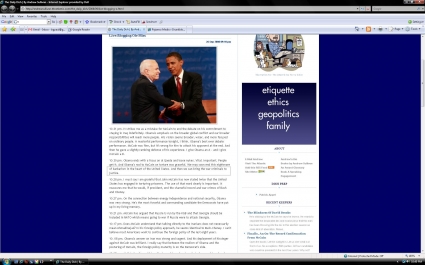 (Click to embiggen, save, and pass on to your favorite nutrooter.)

When will the Atlantic tire of Sully? I know I have already. Running on nearly five years now.