Washington, D.C. – PJ Media, LLC today announced that co-founder and Academy Award Nominee Roger L. Simon will lead PJ Media’s coverage of the 2016 election through “Diary of a Mad Voter,” a 2016 election essay series named after the 1970 Frank Perry film. Simon will provide scathing analysis and candidly display his bias as he covers the ups and downs of the 2016 race.

“Barack Obama has taken the country in a direction far from the intention of its Founders, so far in fact that it borders on the unrecognizable,” Simon said.  “We are reaching the point of no return. Maybe we’ve even gone past it. If something isn’t done to bring back the America we all knew and loved on November 8, 2016, we might as well all start thinking about moving to another country.”

The PJ Media co-founder and conservative giant will publish his and other celebrities’ columns on the election, candidate interviews, original video and up-to-date poll tracking information through Real Clear Politics. Stay tuned at http://pjmedia.com/diaryofamadvoter/.

Today in the “Diary of a Mad Voter,” Academy Award-winning actor and founder of The Dreyfuss Civics Initiative Richard Dreyfuss explains why Western kids are reportedly trying to join ISIS. Read all about it: http://pjmedia.com/diaryofamadvoter/.

Roger L. Simon – Co-founder and CEO Emeritus of PJ Media and PJTV – is an Academy Award-nominated screenwriter and award-winning novelist.  He is the author of a memoir Turning Right at Hollywood and Vine:  The Perils of Coming Out Conservative in Tinseltown. Bio: http://pjmedia.com/about-us/rogerlsimonbio/

PJ Media, LLC ® has provided trusted, insightful reporting, commentary and analysis for ten years. The media company’s founders – Academy Award Nominee Roger L. Simon, Charles Johnson (Little Green Footballs) and Glenn Reynolds ( ) – led a movement in 2005 that pulled the power and focus away from traditional, mainstream media and towards quality, independent journalism. The story of innovative ventures, continual evolution and media leadership continues with added voices, and new offerings. What started as a tightly knit band of bloggers defining the boundaries of “new media” has become a multimedia digital presence. The company’s brands – PJ Media®, PJTV® and Freedom Academy® – have created a community of more than 12.8 million readers and viewers.

PJMedia.com, the cornerstone of PJ Media, LLC, represents some of America’s most influential columnists and singular blogger voices that help fulfill the company’s mission to support “voices from a free America.” 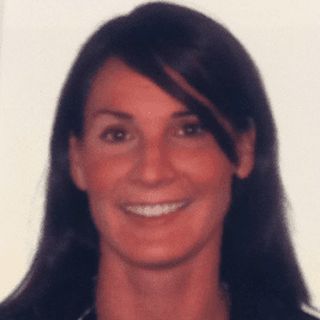