Joan Rivers: The Woman Who Slayed The PC Police

With enemies like ISIS, Hamas, Putin, the Anti-Defamation League, and all things Politically Correct…what’s not to love about the irrepressible Joan Rivers. The 81 year old comedienne passed away last week, and was buried with a star-studded tribute over the weekend. She died following a somewhat routine procedure involving her vocal cords. A month ago she bashed the Obamas mercilessly…today she is gone from a mysterious untimely death. She would have had a field day with that. Coincidence? Does Obama have a list? Did Joan Rivers have a check mark by her name? Was she on Obamacare? Sadly, we are deprived now of her rapier wit. She was ahead of her time. She was politically incorrect before there was a such thing. She made a living with those wonderful vocal cords and caused a lot of joy followed by controversy. In the entertainment industry few people say what they think, and no one ever accused the great Joan of failing to do that.

On the day she lost consciousness she had just completed a one hour long standup routine. Making people laugh and causing a spark of trouble is what she loved, and no one did it like Joan. She was an American treasure. She had all the right kinds of enemies. There were plenty of people who would’ve loved to permanently silence her razor-sharp commentary that was occasionally described as a bloodletting. She’d slash anyone with her vicious truth. Friend or foe, she was an equal opportunity destroyer. If you weren’t ready for the truth…you didn’t ask Joan Rivers her opinion.

The Anti-Defamation League won’t shed a tear at losing Joan Rivers. They were opposed to virtually everything that came out of her mouth. The PC Police couldn’t stand her unvarnished assessment of the world around her. Her infamous response to the question, “Do you think America will ever see a gay president?” is legendary…”We already have it with Obama, so let’s just calm down,” she said. “You know Michelle (Obama) is a trans.” When asked to clarify she added “A transgender. We all know it.”

The outrage that followed just gave Joan the platform to double down. She was asked what she thought about the Anti-Defamation League calling the remark “vulgar and hideous”. They should’ve known better than to mess with Joan. She responded in her wonderfully Joan way: “I think this is a ‘politically incorrect’ attack on me because I’m old, Jewish, a woman and a ‘hetty’ — a heteosexual.” Bravo.

Women like Joan Rivers are a disappearing breed and that’s why she was so awesome. The PC Police are taking the fun out of life. No one can make a joke…no one can tell it like it is. Joan didn’t care. Joan said whatever Joan wanted and that’s what was so refreshing about her. When you lose the ability to laugh at the craziness of the world, you’ve lost a lot. People of her generation used to laugh at themselves and poke fun at each other…no one cried defamation…or racism…or sexism…no one whined and hired a lawyer. Our perpetually offended generation could learn a thing or two from a gal like Joan.

She loved to get a rise out of anyone and no one could stop her. She didn’t care if the world agreed with her humor or not…it was her prerogative to say whatever came into her head. I read somewhere that she was described as a woman with no edit button, no filter. She proved that assessment again recently when she commented on the war in Israel. “Palestinians in Gaza deserve to be dead…when you declare war, you declare war…they started it. We now don’t count who’s dead. You’re dead. You deserve to be dead. You started it. You started it. Don’t you dare make me feel sad about that.”

With all the young celebrities coming out in support of Hamas and filled with Jew-hate messages, Joan Rivers tells it like it is. I’d like to see one young celebrity speak out like Joan. They only speak out when they are parroting the accepted narrative. I won’t hold my breath. None of them have the stones of Joan Rivers. Joan commented on the dead civilians in Palestine and the fact that the Israeli army issues warnings to get out before destroying an area so as to give residents a chance to escape. “You were told to get out, you don’t get out, then you know you’re an idiot,” she said. “At least the ones that were killed were the ones with very low IQs.”

The world is now denied any more comments from Joan Rivers, and we will miss them dearly. I’m sure during her funeral the terrorists of the Middle East shot their guns in the air rejoicing and the PC Police breathed a sigh of relief as their nemesis is no more.

It took an 81 year old female comedian to tell it like it is. A sad commentary on the state of our media and world. Godspeed Joan, you talked tougher to Islamists than the President of the United States, and we loved you for it. 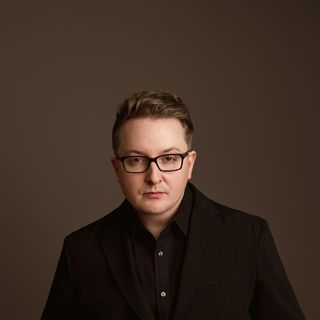 A.J. Rice is author of the book, The Woking Dead: How Society’s Vogue Virus Destroys Our Culture. He serves as CEO of Publius PR, a premier communications firm in Washington D.C.