“Soft” Censorship: Honor Killings That You Won’t Read About

The mainstream media rarely covers them. More often, local media does, but even local media does so walking on eggshells, careful to quote from at least one apologist and one know-nothing. Usually, the (hardcopy) mainstream media covers such events weeks later, only briefly, or as a way to “spin” any possible prejudice against the perpetrators involved. Sometimes they are mentioned, but only in passing. Rarely do follow-ups appear. Usually, a wire service piece is used, and no original reporting is done. Sometimes, the newspaper’s blog might refer to a piece which first appeared in another newspaper which, in turn, has mentioned the subject only in passing.

I am talking about how rarely the American mainstream media covers honor killings committed in North America.

For example, there was no mention of the 2006 honor murder of 20-year-old Canadian-Afghan Muslim, Khatera Sadiqi, and her fiancée, Feroz Mangal, by her brother, Habibullah, in the New York Times, Washington Post, Los Angeles Times, or the Wall Street Journal.

Alright, this took place in Canada, not in the United States. That might explain it. Ah, no so fast.

One could only read about the very high profile 2008 Dallas-based honor killings of the two Egyptian-American Muslim Said sisters, Sarah and Amina, in a single paragraph of 60 words, which was buried in a piece of 911 words in the New York Times. There was nothing in the Los Angeles Times and nothing in the hardcopy version of the Washington Post, although some blogs appeared at their website which referred to another newspaper article which had mentioned these murders in passing.

Guess what? The Wall Street Journal was out to lunch on this one too.

To their credit, Fox News systematically reported on the Said sisters and also ran a documentary devoted to their case. And, of course, to our credit, the blogosphere was lit up like Times Square about this case. Special kudos to Pajamas Media, FrontPage, Newsrealblog, Islam in Europe, Europe News, Human Rights Service, War to Mobilize Democracy, Atlas Shrugs, Jihad Watch, and all the many other blogs that have been tracking honor killings worldwide.

Nevertheless, the father-murderer of these two young girls who were murdered for being “too western” remains safely at large, probably back home in Egypt raising another family or two.

The New York Times also failed to cover the 2008 honor killings of American-Pakistani Muslim Sandeela Kanwal in Atlanta, Georgia, and American-Ethiopian Muslim Hawlett Mohammed, in Alexandria, Virginia — but they covered, at length, the 2008 murder of Hindu-American Monika Rani, who was burned alive in Oak Forest, Illinois, by her father because she married below her caste. This honor killing merited 470 words in the Gray Lady.

I am not surprised because when it comes to honor killings the mainstream media is far more attentive to Hindu than to Muslim honor murders. (Most Hindu caste-related honor killings seem to occur in India, not in the Indian diaspora in the West).

In 2009, the gruesome beheading of Aasiya Z. Hassan was covered only five days later by the New York Times — and then mainly to explain that Islam had nothing to do with it and that anyone who believes to the contrary is misguided or prejudiced. The LA Times covered it a day later but only in passing in a “News in Brief” section. The New York Times also discussed this case at its blog but mainly in order to highlight the “soul searching” that this beheading had caused among Muslims of good will. The Paper of Record failed to discuss “Mo” Hassan’s long and awful history as the savage batterer of three wives. 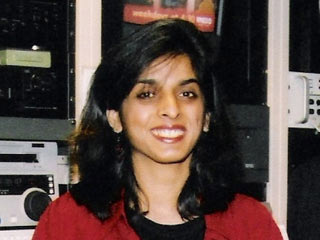 Aasiya Hassan merited a brief blurb in the Los Angeles Times and was merely noted in passing in a Wall Street Journal blog.

What is going on here? It seems to me that if something happens, ostensibly for the first time, a newspaper would want to cover it as a “first.” That did not happen. Alright — but if the “first” such event is only the “first” among other subsequent, similar events, both here and in Europe, and the phenomenon seems to be escalating over time, a responsible newspaper should want to cover it as an important problem. That, too, did not happen.

Perhaps no op-ed writer has yet come forward who is able and willing to connect the dots. Not so, not true. For example, recently, I myself tried to interest the four major mainstream media outlets mentioned above in an op-ed piece about my own recent academic findings about how and why honor killings are escalating in the West and how honor killings are not the same as Western domestically violent femicide. All four mainstream media venues turned down my query — and separately, the query of a like-minded colleague.

Right now, there is “breaking news” about three honor killing cases in Canada which is, after all, our next door neighbor, and far closer than Hawaii and Alaska, which are American states. So far, all is quiet on Canada’s southern border.

Sunday morning, June 13, 2010, a Canadian-Afghan Muslim mother tried to kill her 19-year-old daughter in Montreal because she had stayed out too late Saturday night — but you probably haven’t read about this in the New York Times, the Washington Post, the Los Angeles Times, or the Wall Street Journal. (Of course, Canadian papers are covering this).

On June 14, 2010, the Canadian-Pakistani Muslim father and brother who murdered 16-year-old Aqsa Parvez at the end of 2007 (for being “too Western”), finally pleaded guilty; and the Indian-Canadian Sikh man who murdered his 22-year-old daughter-in-law in 2009 for wanting to leave her arranged marriage to his son, was sentenced to life without parole for at least fifteen years.  You will not have read about this in mainstream American papers.

Why is such “soft” censorship important? Because law enforcement officials, public policy experts, professors, smaller newspapers, endangered victims, and both their helpers and advocates might have absolutely no idea that the problem is serious; their legislative or fundraising attempts will not be taken seriously and will be seen as raising “non-issues,” or tilting at invisible windmills.

Our fear of criticizing murder because it has been committed by an immigrant of color who might be a Muslim (we do not want to be seen as “racist Islamophobes”), trumps our commitment to uphold the law for all who live here, even if they, too, are immigrants of color who also happen to be Muslims. And usually female.