It’s hard to tell whether the Huffington Post was trolling half the Internet or musing in earnest with their latest false choice: If You Really Love LGBTQ People, You Just Can’t Keep Eating Chick-fil-A.

Twitter CEO Jack Dorsey made the mistake of publicly declaring his love for the country’s best fried chicken food chain (in so many words) during Pride Month.

Enter Shayna Lopez Rivas. Rivas claims to be a Chick-fil-A employee who works at one of the country’s busiest stores. Without being nasty or insulting (an amazing feat on the Internet these days), Rivas defended Chick-fil-A and the company’s values and employees, whom she describes as selfless and community-focused.

“I work alongside several gay coworkers and can say as a whole the team I work with is one of the BEST teams I’ve worked with at ANY company I’ve worked for. Everyone is down to help everyone else,” Rivas tweeted.

Her entire explanation is worth reading, particularly if there’s any question about whether Chick-fil-A is out to marginalize the gays, one chicken sandwich at a time, or just really committed to great food, stellar service, and community service.

A little rant about @HuffPost's article on the queer community and @ChickfilA. I work part-time at one of the highest grossing Chick-Fil-As in the country. I serve every. single. customer. with a smile and it's absolutely my pleasure to go "the second mile" for them. /1

I work alongside several gay coworkers and can say as a whole the team I work with is one of the BEST teams I've worked with at ANY company I've worked for. Everyone is down to help everyone else. If I need Polynesian sauce & am dealing with customers, SOMEONE has got my back. /2

My store literally has employees participate in "Intentional Acts of Kindness" where we give away free meals, free shakes, free breakfast cards, etc. every day. And of all the employees I've asked, they ALL do some sort of community service. /3

In fact, @ChickfilA offers college scholarships for employees (for any major) but one of the requirements for the scholarships? You NEED to be ACTIVE in community service. I've helped make people's days with my service, whether they are homeless, gay, straight, Christian, etc. /4

So rag on @ChickfilA but know it wasn't McDonald's or Taco Bell that opened when they were closed to make food to give to people standing in line to donate blood for victims of the Pulse Shooting. I promise no other chain is as dedicated to their customers or community. NONE. 5/5

New (last?) tweet. My friend worked at a different Chick-Fil-A across the country and had this to say. You don’t have to “choose” loyalties. You can be proud to eat the BEST chicken 😘from a GREAT company that treats people with respect…yes LGBTQ+ people too! ❤️🏳️‍🌈 pic.twitter.com/3Y4TPJ2Oqn

Rivas isn’t the only one with first-hand knowledge of Chick-fil-A to attest to the company’s magnificence.

A few years back, when progressives were (again) pretending Chick-fil-A was homophobic and hate-filled, one of their own came to the chain’s defense.

Shane Windmeyer, an LGBTQ activist, “came out” as a friend of both Dan Cathy and Chick-fil-A.

In his article, originally published in 2013, Windmeyer thoughtfully explained that, like many progressives, he believed he knew enough about Chick-fil-A and pro-traditional marriage COO Dan Cathy to know neither was up to any good.

Cathy reached out to Windmeyer in 2012. The unlikely duo formed a respectful, genuine friendship. “We learned about each other as people with opposing views, not as opposing people,” Windmeyer wrote in the Huffington Post.

The story is well worth the read.

On Aug. 10, 2012, in the heat of the controversy, I got a surprise call from Dan Cathy. He had gotten my cell phone number from a mutual business contact serving campus groups. I took the call with great caution. He was going to tear me apart, right? Give me a piece of his mind? Turn his lawyers on me?

The first call lasted over an hour, and the private conversation led to more calls the next week and the week after. Dan Cathy knew how to text, and he would reach out to me as new questions came to his mind. This was not going to be a typical turn of events.

His questions and a series of deeper conversations ultimately led to a number of in-person meetings with Dan and representatives from Chick-fil-A. He had never before had such dialogue with any member of the LGBT community. It was awkward at times but always genuine and kind.

It is not often that people with deeply held and completely opposing viewpoints actually risk sitting down and listening to one another. We see this failure to listen and learn in our government, in our communities and in our own families. Dan Cathy and I would, together, try to do better than each of us had experienced before.

Never once did Dan or anyone from Chick-fil-A ask for Campus Pride to stop protesting Chick-fil-A. On the contrary, Dan listened intently to our concerns and the real-life accounts from youth about the negative impact that Chick-fil-A was having on campus climate and safety at colleges across the country. He was concerned about an incident last fall where a fraternity was tabling next to the Chick-fil-A restaurant on campus. Whenever an out gay student on campus would walk past the table, the fraternity would chant, “We love Chick-fil-A,” and then shout anti-gay slurs at the student. Dan sought first to understand, not to be understood. He confessed that he had been naïve to the issues at hand and the unintended impact of his company’s actions.

Chick-fil-A also provided access to internal documents related to the funding of anti-LGBT groups and asked questions about our concerns related to this funding. An internal document, titled “Who We Are,” expressed Chick-fil-A’s values, which included their commitment “to treat every person with honor, dignity and respect,” including LGBT people. Dan and his family members had personally drafted, refined and approved the document.

Through all this, Dan and I shared respectful, enduring communication and built trust. His demeanor has always been one of kindness and openness. Even when I continued to directly question his public actions and the funding decisions, Dan embraced the opportunity to have dialogue and hear my perspective. He and I were committed to a better understanding of one another. Our mutual hope was to find common ground if possible, and to build respect no matter what. We learned about each other as people with opposing views, not as opposing people.

And there you have it.

Pro-traditional family values, delicious chicken (and frozen coffee), and all without being nasty, preachy, or haughty.

It’s probably time for progressives to find a more evenly-matched opponent, one unlike Chick-fil-A, which is loved and adored by left, right and everyone in between. But if they want to spend their time fighting windmills, I’m ok with that too. 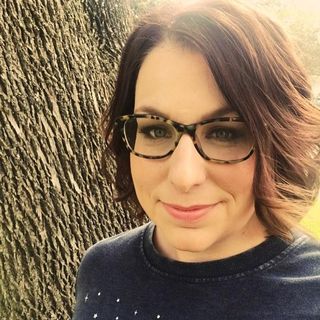