Twelve years ago, our moral, ethical, and intellectual betters in the press told us that Sarah Palin was absurdly unqualified to be vice president of the United States. Sure, she had successfully governed the state of Alaska, which was more executive experience than Obama had in 2008. But, um… did you know she owns a tanning bed? And she makes moose chili? And she named her baby Trig? And so on, and so forth. Journos and other liberals threw everything they had at her, no matter how ridiculous and meaningless, convincing themselves she was an idiot and/or a monster. All her achievements and qualifications meant nothing, and the Democratic Party’s claim to respect women was exposed as a hollow lie.

Fast-forward to 2020, and now a lot of those same people want Joe Biden to pick Stacey Abrams as his VP. I don’t want to say Abrams’ resume is thin, but she became famous for losing a gubernatorial election and then spending two solid years claiming she really won. Other than that, what has she ever done that qualifies her to be a heartbeat away from the presidency? She’s written several romance novels under the pen name “Selena Montgomery,” so that’s kinda fun. And then, um… I dunno. She does go on TV a lot, and clearly enjoys it. That’s something, right?

Abrams has been actively lobbying the Biden campaign for months, reminding anyone who’ll listen that she’d love, love, love to be his VP. If you’re old enough to remember actress Sean Young’s efforts to get hired to play Catwoman back in the early ’90s, it’s a bit like that. But more desperate.

So Abrams was visibly delighted yesterday when she appeared on the same screen with Biden, during Scary Larry O’Donnell’s show on MSNBC. Or at least she was happy at first…

As you watch this clip, pay close attention to Abrams’ reactions:

The change in Abrams’ manner, as she realizes Biden isn’t making an announcement, is remarkable. She really wants this job. She thought she was getting it. Then she realized she wasn’t. 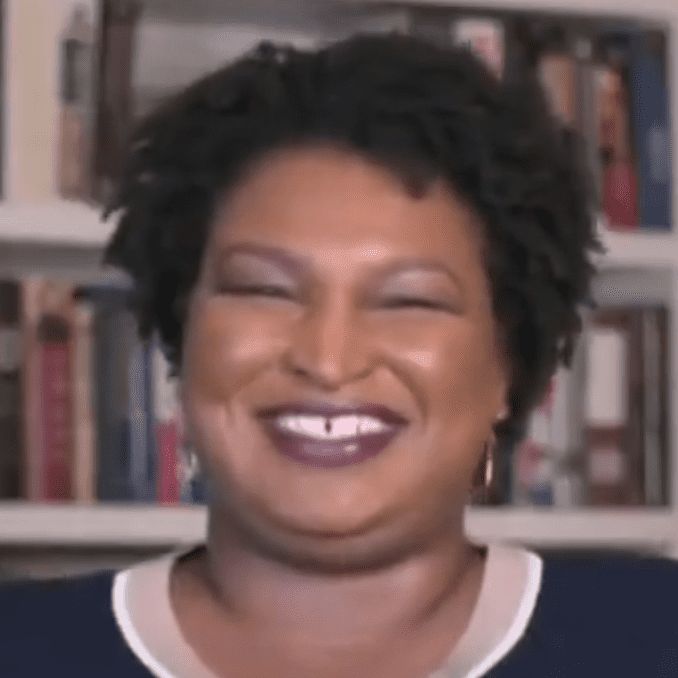 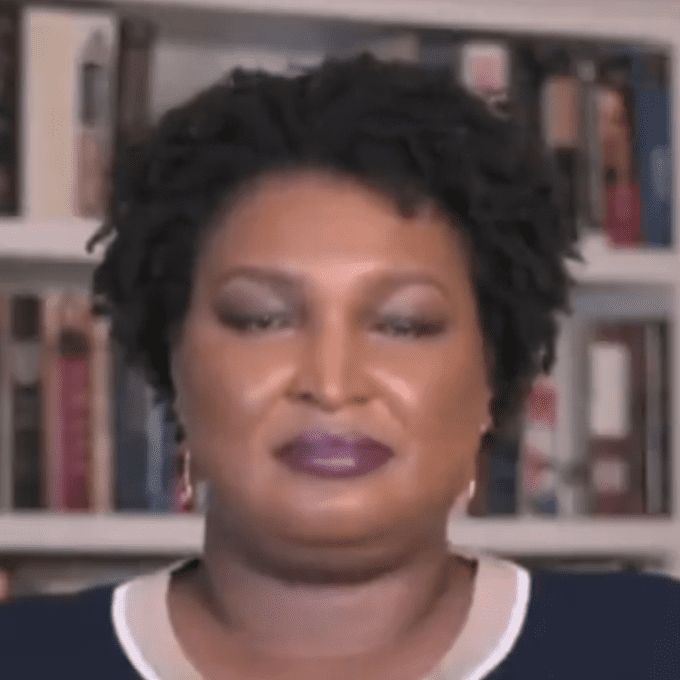 It seems cruel for Biden to toy with Abrams like this. But let’s face it, this is hardly the worst thing he’s ever done to a woman. And let’s just say his history on matters of race is a bit… complicated.

Of course, it’s possible Biden meant to announce Abrams as his VP but he just plumb forgot. He’s no spring chicken anymore. If he doesn’t remember Tara Reade working for him, why would he remember his decision to hire this woman?

Oh nothing much, just Joe Biden trying to converse with a pre-recorded question pic.twitter.com/CEC4Rs5d3T

You know when Grandpa starts talking to the TV, and suddenly you realize he thinks the TV can hear him?