Scroll to the bottom for an update.

Twitter may be interfering with the midterm election through groundless suspensions of prominent conservative voices. The latest target is Daily Wire’s Michael Knowles, whose account @michaeljknowles was locked indefinitely after Twitter “determined that this account violated the Twitter Rules,” but failed to specify or cite exactly which rule Knowles supposedly breached.

I talked with Knowles about his suspension and he showed me the following screenshots. The first is the allegedly offensive tweet:

“I made a joke specifically alluding to Twitter’s censoring conservatives over election jokes, and Twitter subsequently censored me over an election joke,” Knowles said. “Meanwhile, countless left-wingers, including verified accounts, made precisely the same joke in a far more misleading manner and remain unmolested. Leave it to Twitter and Jack Dorsey to prove my point.”

He’s right. There are other accounts that parody the same point, but aim the joke at Republicans voting on Nov. 7 (a day after the actual election), and none of those accounts appear to be suspended.

“Almost immediately after, Twitter suspended me,” Knowles said. “All of this raises an important question: does Twitter’s censorship of prominent conservative accounts so close to an important election constitute election interference?”

The answer is definitely yes, and raises a further question — what can or should be done about it? This is an increasingly important question as the evidence mounts that both Twitter and Facebook intentionally censor conservatives at key moments in the news cycle, shaping the narrative according to their private political preferences.

Both Twitter and Facebook are private companies, so they aren’t subject to the First Amendment. However, they do offer accounts and services to users based on a bilateral user agreement that is the exact same set of rules for conservatives and liberals. Users sign up for accounts agreeing to the terms and conditions and have a reasonable expectation of fair and equal application of the rules. There is nothing whatsoever in the user agreement that puts a user on notice that his or her views may be subjectively censored if the platform disagrees with that view.

In other recent instances of prominent conservatives being censored (including one of my pieces for Washington Examiner) because the posts apparently “looked like spam,” Facebook issued an “apology,” citing an error in their algorithm.

That is a convenient excuse because algorithms are proprietary. I’d love to know what kind of algorithm doesn’t intentionally target conservatives for censorship but just “accidentally” silences only key conservatives at key moments. Amazing we never hear of censorship accidentally happening to liberals with similar frequency.

Social media giants Twitter and Facebook appear to have intentionally decided against applying their rules uniformly to both Republicans and Democrats, and especially when it comes to the election, Knowles has a valid concern. At what point does censorship become actual interference?

Congress has already required testimony from Twitter’s CEO Jack Dorsey and Facebook’s COO Sheryl Sandberg, and Dorsey said to Congress that “Twitter does not use political ideology.” But the evidence continues to grow that this just isn’t true.

In the meantime, Twitter should #FreeKnowles. Tweeting while conservative isn’t against its rules, nor should it be.

After publication, a Twitter spokesperson gave this message to PJ Media:

“We continue to enforce our rules against intentionally misleading election-related content. Over the course of the day, we will leverage the partnerships we’ve built for months with our peer companies, state election institutions, law enforcement, and the Department of Homeland Security to protect the integrity of the public conversation around this election.”

Twitter has insisted that it will ask all users to remove misleading election tweets, no matter their political background. The Jules tweet has been removed. 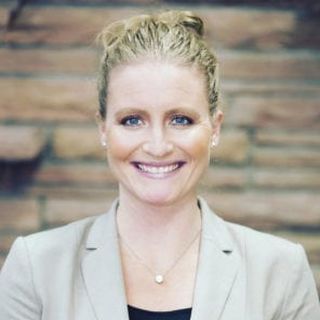 Jenna Ellis is the Director of Public Policy for the James Dobson Family Institute. She is a constitutional law attorney and an experienced media personality on multidimensional media, including radio, television, and written journalism, including appearances on Fox Business, Fox News, CNN, MSNBC, and other national media, and contributor to Washington Examiner, Daily Wire, and The Federalist. Her book, The Legal Basis for a Moral Constitution: A Guide for Christians to Understand America’s Current Constitutional Crisis provides insight into the culture war that is being fought in America’s legal hierarchy.
Read more by Jenna Ellis
Tags: 2018 TWITTER