And you thought McCarthyism was dead.

In the news today, Niel Golightly at Boeing Communications resigned (did he jump or was he pushed?) from his job because he wrote a “sexist” article in the Proceedings of the U.S. Naval Institute entitled “No Right to Fight”. The article abstract says:

At issue is not whether women can fire M-60s, dogfight MiGs, or drive tanks. Introducing women into combat would destroy the exclusively male intangibles of war fighting and the feminine images of what men fight for—peace, home, family.

Now, I think that attitude is kind of silly at this point. He’s not even arguing that woman can’t perform combat jobs, he’s arguing that he wants men to be he-men protecting the homeland and women to stay home to be protected, no doubt wearing gingham jumpers. If there’s anything the example of women like Martha McSally, Joni Ernst, even Gal Gadot have shown in the last 30 years, it’s that women can have a role in a modern, heavily-technical military.

McCarthy: “Are You Now or Have You Ever Been…?”

There’s just one problem. The article for which Golightly lost his job was in the December 1987 issue of the Proceedings, when he was a 29-year-old Navy pilot.

This all sounds familiar. Although I’m too young to remember it directly, Frank Oppenheimer was a family friend — Robert Oppenheimer’s younger brother, and eventually a target of Joe McCarthy, which cost him his faculty job and made him a rancher in Buena Vista Colorado. My father and grandfather, who were as anti-Communist as anyone, both insisted that Frank was a good an honorable man. But McCarthyism got him blacklisted out of physics. (He went on to found the Exploratorium.) 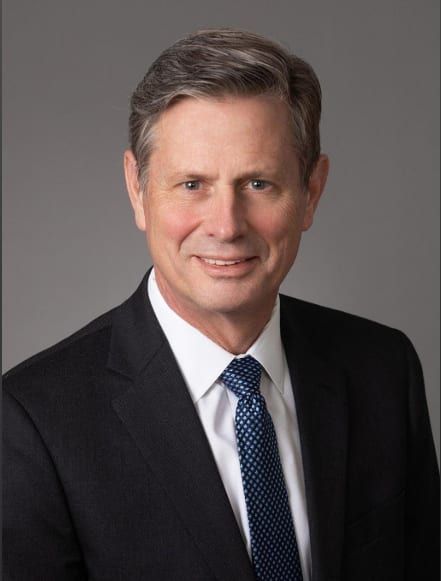 Of course, Joe McCarthy (assisted by Bobby Kennedy and Roy Cohn) made the question “Are you now, or have you ever been, a member of the Communist Party?” famous. Whatever your opinion of McCarthy and the House Unamerican Activities Committee (the truth was a lot more nuanced than the myth) it made the phrase “McCarthyism” a calumny for generations.

So, now in the Land of Woke, we have a new question: “Have you ever, recently or in the past, ever committed the sin of disapproved opinions?”

According to a Reuters story in the Financial Post, Golightly explains in an email to Boeing staff that:

the exclusion of women at the time was “government policy and broadly supported in society. It was also wrong.”

Golightly declined to comment beyond Boeing’s statement and his email.

The story goes on to say:

Golightly’s departure after just six months on the job, during which he was said to be introducing sweeping changes, followed the board’s review of an internal anonymous ethics complaint that flagged his article.

The emphasis is mine, and let’s think about the implications: Someone, apparently at Boeing, dug into an obscure (okay, I’ve had a subscription, but “obscure” is practically my middle name) journal to find a “problematic” decades-old post, and used it — anonymously — in an “internal ethics complaint”. After he planned sweeping changes.

He decided to step down after discussions with Boeing Chief Executive Dave Calhoun and others, Golightly said in his email.

There’s nothing suspicious about that, of course.

Golightly acted after Boeing board members, already feeling pressure from the 15-month-old MAX crisis, had expressed little patience for a potentially damaging new distraction, people familiar with the matter said.

I think it’s clear that Golightly was the victim of a corporate hit: someone was threatened by the “sweeping changes.” If Boeing wanted to, I bet they could find out who the anonymous complaint came from, but of course, you can’t do that. If anyone in Boeing’s C-level office had the guts, they could have said publicly that they weren’t going to let some anonymous complainer use a decades-old opinion to backstab a competent man.

But if there are any guts at Boeing, it’s when they serve menudo on Cinco de Mayo.

Anti-Extremism Researcher Exposes How the Left Drives People to the Far-Right, But You Won’t See It on Wikipedia