Last week, journalist Christopher Rufo broke the news that Disney was deploying employee training based on the principles of critical race theory. According to the documents he obtained, the company had some of the most explicit and divisive content based on the principles of critical race theory leaked yet. It posits that black employees are fragile and not able to tolerate questions about their point of view. It also uses concepts found in Robin DiAngelo’s White Fragility to encourage self-examination of feelings white employees have probably never had:

The core of Disney’s racial program is a series of training modules on “antiracism.” In one module, called “Allyship for Race Consciousness,” the company tells employees that they must “take ownership of educating [themselves] about structural anti-Black racism” and that they should “not rely on [their] Black colleagues to educate [them],” because it is “emotionally taxing.” The United States, the document claims, has a “long history of systemic racism and transphobia” and white employees, in particular, must “work through feelings of guilt, shame, and defensiveness to understand what is beneath them and what needs to be healed.” Disney recommends that employees atone by “challeng[ing] colorblind ideologies and rhetoric” such as “All Lives Matter” and “I don’t see color”; they must “listen with empathy [to] Black colleagues” and must “not question or debate Black colleagues’ lived experience.”

According to Rufo’s whistleblowers, this new program was making Disney the unhappiest place to work. The program included employee affinity groups segregated by race “with the goal of achieving “culturally-authentic insights,” according to Rufo. In addition to writing the article for his website, Rufo appeared on Tucker Carlson Tonight to break the story. The backlash against Disney was swift and fierce. As Rufo noted:

Disney is playing with fire. The premise of the company has always been to provide an escape for middle Americans, but Disney’s executives seem to have growing contempt for the very people who visit their amusement parks, watch their films, and buy their merchandise. Disney is no longer neutral ground; instead, the company has committed to becoming the “wokest place on Earth,” whatever the consequences.

Instead of standing by the perspective that Disney executives must have agreed to promote and defending their training, the company claimed whistleblowers deliberately distorted the training material as company policy: 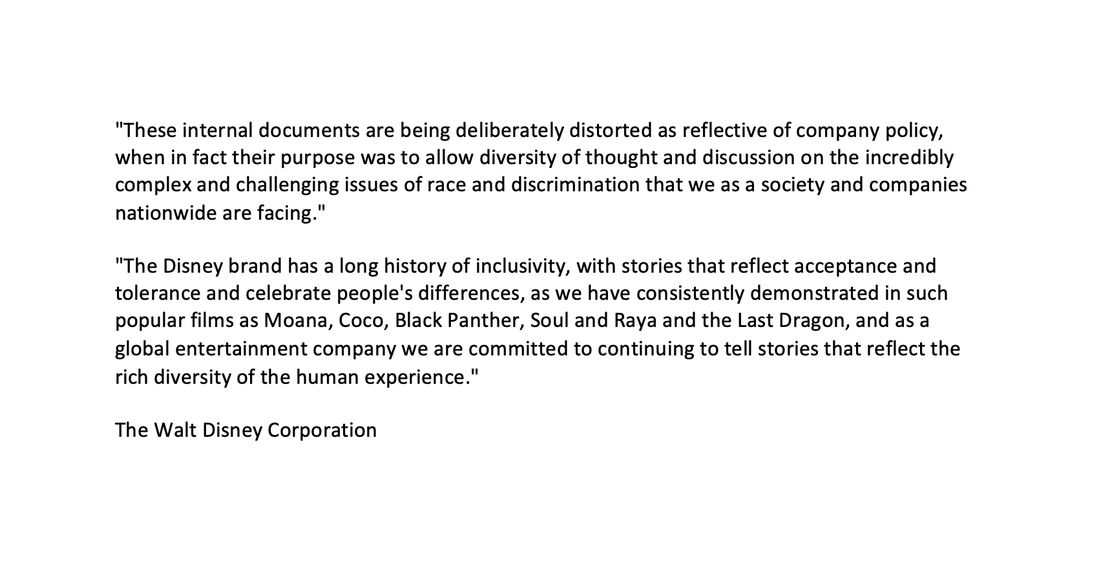 If you, as a corporation, order employees to undergo training, it is reflective of company policy. All corporate training serves one of two objectives. Either it teaches job-specific skills and competencies or it teaches ideas and values to shape the company culture. Having developed, delivered, and managed training for multiple Fortune 500 companies, I can attest that the content is always done in consultation with management and aligns with explicit company values. Disney trying to push this off as some kind of corporate-sponsored psychotherapy that does not represent the environment they wish to foster is a ridiculous deflection.

A fair guess is that one of the millions of impressions Rufo’s expose earned was a Disney lawyer. The entire content shared publicly is a blatant violation of Title VII of the Civil Rights Act of 1964. The training assigns behavior, feelings, and attributes to employees solely based on their race. They were doing it in all directions, not just to white employees. It is a lawsuit waiting to happen. That could be why Rufo shared a new screenshot this morning: 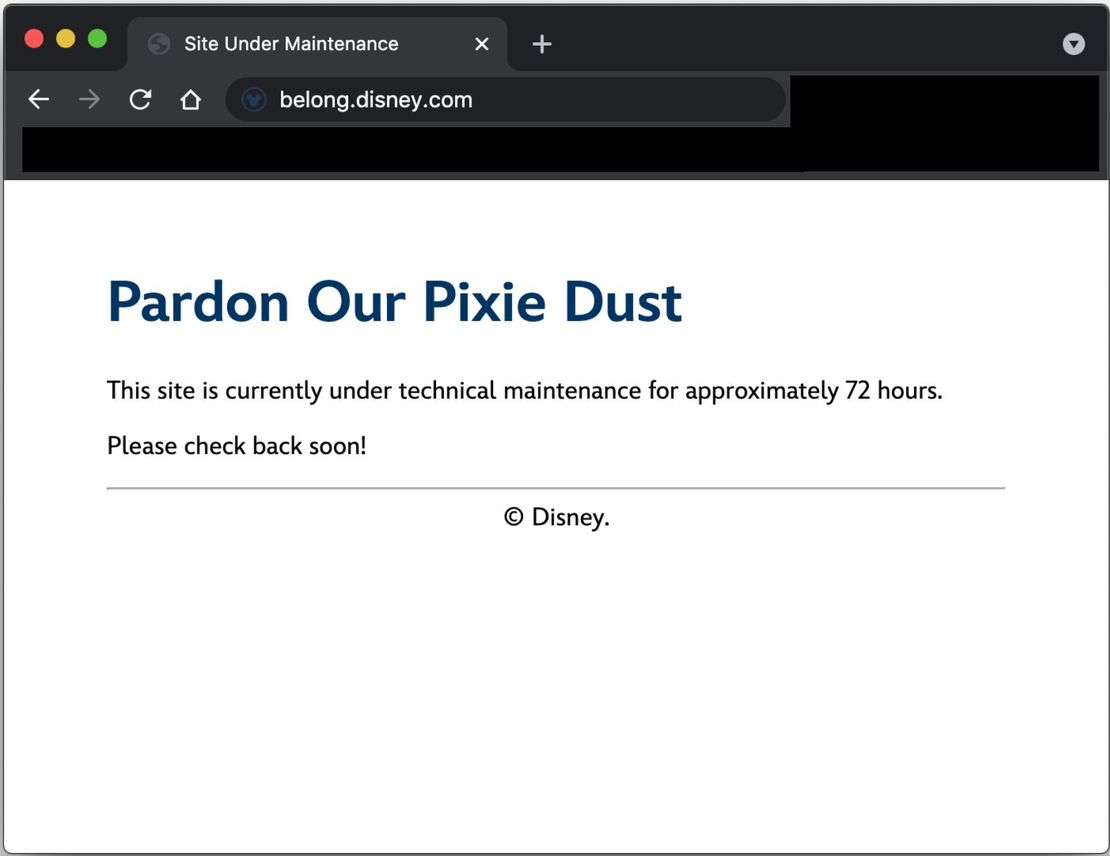 According to his internal sources, the training has magically disappeared. Perhaps it is being updated, but it should be gone forever—along with their human resources executives, diversity and inclusion executives, and everyone who let this glaring liability slip through. Should it return, like Cindarella’s prince with a glass slipper, every employee who wants to be judged by their knowledge, skills, and performance and wishes to put them to productive use rather than engaging in corporate-sponsored struggle sessions should lawyer up. And families that spent several years’ worth of savings so their children could immerse in the fantasy of a fairytale rather than a freak show replete with Snow White sporting a full sleeve tattoo should vote with their wallets.