Nowhere is the “creative destruction” of the free marketplace more evident than in today’s tumultuous world of publishing.

Just as Legacy Media face mounting competition from alternative-media upstarts (like PJ Media), so do Legacy Publishers face a growing insurrection from self-publishing authors. Motivated by new profit opportunities, and employing entrepreneurial creativity and technological innovation, insurgent Davids in both media and publishing are challenging the reigns of stagnant corporate Goliaths.

I know all of this first-hand, because in recent months, I’ve become a poster boy for the revolutionary changes sweeping the world of publishing.

I’ve been a professional nonfiction writer and editor for decades. I’ve also been a life-long fan of thrillers, and I always dreamed of writing them. In fact, since 2004 I’d been mulling a vigilante crime-thriller series, featuring a mysterious crusading journalist named Dylan Hunter.

But horror stories from fellow writers made me skeptical about my prospects of working successfully with traditional publishers. Bitter personal experience underscored that conclusion. In early 2007, I was approached by a New York agent and an editor for a publisher, looking to recruit me for a nonfiction book project. I invested over a year researching and crafting the book proposal to their specifications. They finally expressed great enthusiasm for it. But when they submitted it in the spring of 2008, the publisher’s editorial committee passed on it. My agent quickly lost interest in representing me, too.

A harsh disillusionment, though hardly atypical. So I suppressed my dream of publishing novels and resigned myself to sticking with writing and editing nonfiction.

That fall, though, I lost my magazine-editor job. Though I soon received a generous private grant to write a nonfiction book, that money ran out late in 2009, long before the project was complete. Then my wife saw her own income slashed in half due to the recession.

By early 2010 we were in trouble. I was 60, unemployed, and in the worst job market since the Depression. Our income was meager, our bills daunting, our savings dwindling. We faced inevitable financial ruin and the loss of our home.

But I found one faint glimmer of hope. I’d been reading about the sudden, spectacular successes that authors like Amanda Hocking, John Locke, and Joe Konrath were having by self-publishing ebooks. After much research, I realized that “indie” publishing offered what no traditional publisher could match: immediate, guaranteed publication; total author control over content and marketing; and unsurpassed royalties.

“Write a novel” was still atop my Bucket List. I knew I’d always regret it if I died without having at least tried. And frankly, I was flat out of options. At my age, I either succeeded at self-publishing, or I became a Walmart greeter. So, despite long odds, and with my dear wife’s blessing, I decided to give it a try.

I felt like the aging Rocky Balboa, taking his one, last, desperate shot at the title.

I pulled out my old notes for the Dylan Hunter story and set a goal of finishing the book by June 5, 2011, my 62nd birthday. At 11 p.m. on June 4th, the last pages of HUNTER: A Thriller rolled out of my printer.

I immediately emailed it to a dozen waiting “beta-reader” friends for proofreading and editing suggestions. I contracted online with Allen Chiu, a talented young design student, to create HUNTER’s striking noir cover, an integrated blog header, and a logo. I hired another specialist, Nick Ambrose, to format it for print and ebook editions.

On June 21—only 17 days after completing the manuscript—HUNTER went on sale as an ebook. By early July, the print edition also became available. All told, I had spent less than a thousand bucks for everything.

To my delight, early reader reviews were almost all “5-star” raves, which helped accelerate sales. By mid-November, HUNTER had sold a respectable 4,000 copies. But then the Amazon Kindle people invited me, along with scores of “indie” authors, to participate in a week-long, post-Thanksgiving promotion. I agreed.

That decision changed our lives forever. Because on November 27, HUNTER was featured, not only as a special-promotion title, but also as a top “Kindle Editors’ Pick.”

Overnight, it rocketed into the Top 25 titles on the Kindle Bestseller List. During the days that followed, my wife and I watched, disbelieving, as HUNTER continued its march up the bestseller ranks into the Top 10—then past the latest blockbusters by Stephen King, Janet Evanovich, James Patterson, John Grisham, and — for a few sweet hours — even Suzanne “Hunger Games” Collins.

On December 3, the last day of the promotion, HUNTER topped out at # 4 on the Kindle Bestseller List, selling nearly 5,000 copies on that single day alone. It became the # 1 Kindle title in “Mysteries & Thrillers” and in “Romantic Suspense.” The next day, it entered the Wall Street Journal’s “Top 10 Fiction Ebook” list.

Within months of self-publishing my debut novel, life has changed completely for my wife and me. Ebook self-publishing has provided us an income surpassing what we lost from our previous jobs. It’s allowed us to save our home. And it’s enabled this aging nonfiction writer to realize his life-long dream: to launch a brand-new career as a best-selling thriller novelist.

My “Rocky” story may seem unlikely. But it’s just one data point among many in a marketplace revolution that’s sweeping the book industry.

Online book distribution, the rapid transition to ebooks, and “print-on-demand” technology now allow self-publishing to be a viable, even lucrative alternative for many authors. Readers, too, have access to millions of fresh new titles, in multiple formats, at more affordable prices.

Simultaneously, however, this same “creative destruction” is wreaking havoc among traditional publishers, agents, distributors, and booksellers. Their stale business models, little changed in a century, continue to rely on selling tons of paper products through brick-and-mortar retail stores.

What do these disruptive changes portend for authors, readers, and the books they love? As a beneficiary of The Ebook Revolution, I’ve made it my business to track these trends, to learn the new rules of the publishing game, and to help fellow writers take advantage of the unprecedented opportunities and technological tools at their disposal.

I’m now delighted to report to the PJ Media audience what I’m learning. 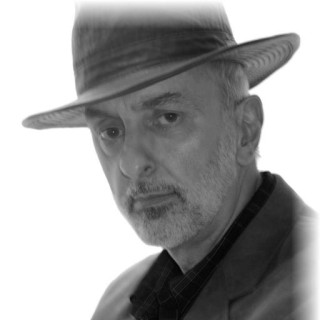 Robert Bidinotto is author of HUNTER, a self-published thriller that, last December, became a Wall Street Journal “Top 10 Fiction Ebook” bestseller and the #1 Kindle bestseller in “Mysteries and Thrillers.” He also is an award-winning editor and author of nonfiction books, articles, essays, film and book reviews. A former Staff Writer for Reader’s Digest, Robert earned a national reputation as an authority on criminal justice while writing investigative crime articles. His famous July 1988 article “Getting Away with Murder” stirred a national controversy about crime and prison furlough programs during that year’s presidential campaign, and it is widely credited with influencing the outcome of the election. It was selected as a “National Magazine Award” finalist by the American Society of Magazine Editors. Robert wrote the acclaimed book "Criminal Justice? The Legal System vs. Individual Responsibility," with a foreword by John Walsh of the “America's Most Wanted” television show, and "Freed to Kill," a compendium of horror stories exposing the failings of the justice system. He drew upon this background to write his crime thriller, HUNTER. He was awarded the Free Press Association’s Mencken Award in 1985 for “Best Feature Story,” and he has been honored by the National Victim Center and other victim-rights organizations for his outspoken public advocacy on behalf of crime victims. In 2007, as a magazine editor, he won the industry’s top honor for editorial excellence—the Folio Gold “Eddie” Award. Before deciding to self-publish the debut novel in the “Dylan Hunter” thriller series, Robert thoroughly researched the rapidly evolving publishing industry. In the wake of HUNTER’s remarkable success, he now shares with aspiring writers what he has learned about emerging options in the exciting new world of “indie” publishing. He also blogs about the topic at “The Vigilante Author” (www.bidinotto.com).
Read more by Robert Bidinotto