Your 2 Symphony Introduction to Franz Schubert

The period between 1750 (about the time of Bach’ death) and roughly 1800 is called Western music’s “Classical” era (roughly 1750 – 1810). Typically, people refer to “Classical” music when they’re talking about symphonic music, string quartets, oratorios, operas, etc. — but a more precise definition would be, simply, Western music, which has undergone many style changes over the years. Most of the music performed by modern symphony orchestras could best be categorized as Romantic music(ca. 1810-1860), late Romantic music (ca. 1860-1910), and some 20th century so-called “modern” music (much of which sounds very dated now).

Anyhow, in Franz Josef Haydn’s day, there was no gulf between popular music and “serious” music. Haydn was considered a great composer by the great composers, and he was also considered like a rock star to concert audiences. He spent most of his career living in provincial Hungary as a servant of Prince Esterhazy, where he enjoyed a comfortable, cosseted life writing music for the Prince’s court. But he had published some of his music and it became very popular throughout Europe. Later in life he moved to London and became rich and celebrated.

Haydn might be the last symphonic composer to be celebrated by the masses. At the very least, popular and serious tastes began to part ways.

Now, IMO, there are basically two types of “great composers.” Some composers are great because they are transitional figures, breaking new ground in compositional technique and aesthetic. Beethoven is considered such a composer, as is Wagner, Stravinsky, and Monteverdi. Early Beethoven sounds Classical, like Mozart and Haydn, whereas later Beethoven has numerous Romantic traits.

Other composers are considered great, though, not because they broke new ground, but because they obtained complete mastery over the style they inherited — so much so that they epitomized the style. Johann Sebastian Bach is such a figure — if you studied Bach thoroughly and yet never even encountered the music of other Baroque composers, you would still understand Baroque music quite well. Josquin Des Prez is considered such a figure regarding Medieval music, and Haydn is similarly situated as a standard-bearer for the Classical era.

(Why not Mozart? A good argument might be made. I tend to go with Haydn because he had a much longer career and was probably more influential at least for the first generation or two after Mozart’s death. Of course, on the flip side, Haydn is not really known as an opera composer.)

Interestingly, I met at least one prominent music historian who believed that Franz Schubert was closer to the Classical style than the Romantic. He felt Haydn had passed the baton not to Beethoven but to Schubert. I can see his point — to me, there’s nothing particularly Romantic about Schubert’s music, neither in its formal traits nor in its temperament. However, most historians consider Schubert a Romantic composer.

So, if you’re particularly fond of Haydn and you feel like exploring the next generation that followed him, you might consider listening to Schubert. The Eighth Symphony (the “Unfinished”) is his most famous symphony, but his Symphony No. 9 (the Great C Major) is a monument to the Classical form.

I not-quite-repeated myself. Seriously, I think 1810 is the better year for the end of the Classical era. But this isn’t an exact science.

Want to see something featured and then added to the collection? Tweet your selections to @DaveSwindle or email DaveSwindlePJM <@> Gmail.Com. Here are the previous recordings included so far in this new feature: 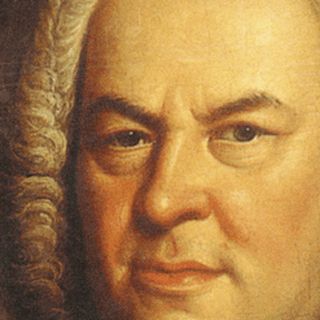 We now begin a new series organizing the best classical music available online, starting with an emphasis on Bach and the Baroque period. Image illustration via Olga Popova / Shutterstock.com
Read more by PJ Lifestyle Classical Music In the Morning