Marvel's 'Civil War' Isn’t Pretty — But It’s Not Paranoid, Either

Seven years ago, the pages of Marvel Comics’ universe were rocked by a sweeping story arc across dozens of books, culminating in the death of the iconic American hero Captain America. Recently, the popular Marvel Cinematic line of films, also produced by Marvel Studios, announced that the “Civil War” arc will be the foundation upon which the next Captain America film will be based.

“Civil War,” a “crossover” series which began in 2006 under the pen of Scottish comic book writer Mark Millar, starts with an induced public panic over the supposed unaccountability of individuals with superpowers.

In-universe, the world was just beginning to recover from the aftershocks of United States government agent Nick Fury’s actions — think of the agency he runs, Strategic Homeland Intervention, Enforcement and Logistics Division (SHIELD), as a sort of Department of Homeland Security, hopped up on the drug known as “Kick” — including sparking multiple violent intergalactic and inter-dimensional incidents such as the “Secret War.”

The American public, we’re told, has become tired of their cities being trashed by the battles between gods and demigods such as Thor, Apocalypse, or the Beyonder. The final straw, we’re told, is what is referred to as the “Stamford Incident,” in which a team of inexperienced supers, the New Warriors, are, effectively, egged on by their reality-show handlers to surprise a band of villains hiding out in a quiet New York town.

In the chaos of the televised ambush, Nitro — a villain whose exactly-what-it-says-on-the-can power is “blowing himself up” — detonates himself, taking 600 civilians with him… 60 of whom are school children.

In an effort to preempt draconian government regulations, and ignoring that the New Warriors would not have done what they did if not for reality television, capitalist extraordinaire Tony Stark — also known as the invincible Iron Man — gathers the so-called “Illuminati”: Earth’s Sorcerer Supreme, Doctor Strange; super-scientist and Fantastic Four leader Reed Richards; King of the Inhumans, the Black Bolt; mutant-rights activist and the X-men’s leader, Doctor Charles Xaiver; and Namor the Sub-mariner, King of Atlantis.

Together, the Illuminati unite when all of Earth faces a risk… or whenever Tony Stark has an idea to grab the so-called “idiot ball” and propose anti-superpower regulations, before us baseline humans did that.

The storyline continues, as the government begins to forcibly conscript super-powered individuals into service, under the banner of the Fifty-State Initiative.

Non-registrants, such as Captain America, sought to undermine the Initiative by proving that unregistered heroes were better protectors than the government’s deputized squads of superhumans.

Pro-registration forces, however, failed to discriminate between unregistered heroes and true villains, taking both hero and baddie into custody and placing them in Prison 42 — a Guantanamo Bay-style detention camp, placed in a dying universe adjacent to ours. Within Prison 42, one might expect to be imprisoned within virtual reality, shackled in full-body restraints, or even forcibly “rehabilitated” with the use of mind-altering mini-robots and drug cocktails.

In contrast to the pro-registration side’s argument that resistance to the law was pointless, anti-registration supers, such as Captain America, claimed that keeping heroes’ identities was important, in order to protect their families.

Indeed, in a literary world where machine intelligences zapping across the Internet and telepathic powers are commonplace, privacy is at a premium. In our world, legal firearms owners have to be concerned with criminals using government registries as shopping lists. In the Marvel world, superheroes must be concerned with space Nazis using Superhuman Registry Act data to target their grandma’s home with a space laser… a difference in degree, but not kind.

In the online progressive haven of Slate, “politics, policy, and race” staff writer Jamelle Bouie puts forward an interesting hypothesis regarding the announcement of plans to adapt “Civil War” for the upcoming Captain America movie.

Bouie confidently asserts that the “Civil War” plotline “borrows from the loony anti-registration fears of gun fanatics, who imagine that registration and background checks are the beginning of a slippery slope to jackbooted thugs and a fascistic New World Order,” dismissing African-American superhero Luke Cage’s assertion — which is arguably proven true by pro-registration side’s use of nanite-enforced involuntary servitude — that the Registration Act is akin to slavery as “glib.”

Bouie, entirely missing the point of “Civil War,” claims that “guns are a useful template for how to treat superheroism,” incorrectly noting that exercise of Second Amendment rights “often comes with public obligations, like licensing, background checks, or — in rare cases — actual registration for weapons.”

No such federal registration requirement exists, however, nor do any equivalent requirements that one decide between joining a government-sponsored press gang, forced relinquishment of said weapons, or imprisonment in a prison of Tony Stark’s personal design.

While Bouie correctly notes that “Civil War” is a poorly executed storyline, his claims that it presents a pro-gun control message are not supported by the authors themselves. It is commonly accepted that “Civil War” was intended to be an “author tract” voicing progressive critiques of the American government’s War on Terror, and the authors involved in the arc have acknowledged that to be the case.

However, when viewed in the context of today’s politics, and the politics of the Marvel Universe, “Civil War” takes on a more significant role. In Earth-1218 — that’s our corner of the Marvel multiverse —issues 141 and 142 of The Uncanny X-Men introduced the “Days of Future Past,” in which anti-mutant sentiment had led to the rise of the Sentinels, a government-sponsored robotics program designed to keep “us” safe from “them,” the mutants.

Operating as enforcers of the Mutant Registration Act — another “registration act” that fell down the “slippery slope” that Bouie says doesn’t exist, the coldly logical Sentinels soon realized that “we” and “they” were no different, as mutants were simply Homo sapiens undergoing punctuated evolutionary equilibrium.

Therefore, the government-sponsored Sentinel program ran amok while executing their bureaucratically hard-coded logic, expanding their persecution of mutants to include baselines.

Of course, it’s not like our government, here in Earth-1218 has never rounded up people based on their genetic profiles. Oh, wait.

For over two decades, Marvel Comics have warned us that big-government policies like the Mutant and Superhuman Registration Acts are causally linked with Sentinels rounding up everyone and killing them. Unlike Slate’s race wonk Bouie, I’m eager to see how Marvel Studios tackles the heady issues that the print comics tried to — and, by any measure, failed — to address. 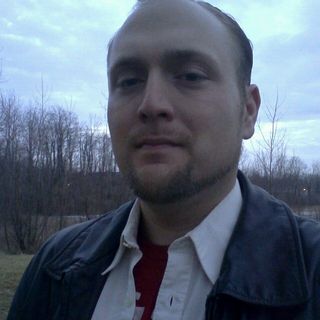