Ladies, ever feel like your beer of choice doesn’t supercharge you with enough grrl power? Yeah, me neither. But just in case you know someone who’s been suffering without a malt beverage that’s part chick lit, part Spice Girls, no need to fear, Chick Beer is here.

“Finally, a beer just for women,” promises the Chick Beer website. “A premium light American lager, Chick is the only beer brand designed for women, who drink 25% of all beer sold in the U.S.”

Yes. Finally. No more settling for Corona Lights. No more pining for days of Zima gone by. So what makes Chick uniquely girlie? The company’s founder Shazz Lewis told the Village Voice, “It’s very mellow. It has a little less carbonation so it doesn’t make you burp. There’s no bitterness, and I think that was the big appeal for women.” The website describes it as “lightly carbonated, for less of that bloaty feeling.”

Translation: it’s like taking a sip of the flat Coors Light you forgot to finish before bed last night. Burpless yeast water! I feel more feminine already. And the dots painted on the label are kinda like bubbles, so that’s almost as good as actual carbonation.

And then there’s the packaging: there’s lots of Barbie-pink and of course, the logo is set in that curlicue font you were aiming for when you doodled the name of your 6th grade crush on your Trapper Keeper. The Chick Beer website explains:

The bottle is designed to reflect the beautiful shape of a woman in a little black dress.  The six-pack looks like you are carrying your beer in a hip stylish, purse.  Chick’s unique reflective bottle blings you up!  It’s fun, fabulous, and female!

It’s like carrying a trendy purse filled with bling home from the grocery store! Or like carrying a regular cardboard six-pack with a painting of a purse on the side. But, you know, tomayto, tomahto. All that’s missing are estrogen-laced tampons for bottle stoppers, a free sample of Midol, and a coupon for one of Oprah’s Book Club picks. I am woman, watch me roll my eyes.

Chick Beer may soon replace Tampax as the number one thing husbands “accidentally” forget to pick up at the store.

To shore up their grrl power credentials, the owners of Chick Beer promise the company will donate “five percent of all profits to charities that empower women.” My friend Alexa asked on Twitter, “What are the odds these are charities we’d support?” so I reached out to Chick Brewing to find out more about their donation policy. The company hasn’t selected any charitable causes yet, but when I asked spokesman Dave Lewis to tell pro-life PJM readers whether charities that “empower women” could include groups that support abortion, he replied:

Sorry, we just don’t see how “empowering women” means anything other than what it says.  We learned a long time ago that business and politics do not mix.  Chick Brewing is a company that touches thousands of diverse people and businesses across the country, and it has no political position on any issue.

We are a company that makes a fun, sexy beer brand for women.  We are a company with a conscience.  We did not administer any political litmus tests to the members of our Chick Cares board, and our charitable donations will be granted based upon human needs, and not politics.

Sorry, Dave, abortion either qualifies as “empowering women” or not, no matter how fun and sexy you find Chick’s curlicues, blinged-out packaging, and lack of carbonation.

Since I don’t foresee any free Chick Beer samples coming my way, I’ll be sticking with good ol’ patriarchy-produced girlie beer. Give me a sink filled with ice and a six-pack of Miller Lite Vortex and I’ll feel plenty “fun, fabulous, and female.” 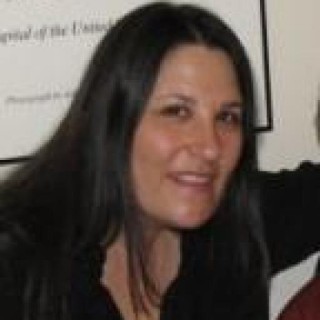