You’ve certainly heard of the writer he inspired, and the classic dystopian novel that writer created. You were forced to read it, or at least the Cliff’s Notes, in high school. But shorn of its context, that novel lacks the full punch it could deliver. Mr. Jones (2019), starring Peter Sarsgaard and James Norton, directed by Oscar nominee Agnieszka Holland and written by Andrea Chalupa, provides that context in a must-see film. Mr. Jones is powerfully relevant today, even more than when it premiered in 2019.

You have undoubtedly heard of “cancel culture,” in which one comment or tweet, or even silence, can cost anyone their job and turn their life upside down. Cancel culture appears to be a recent phenomenon from our college campuses. It isn’t. It sometimes appears to target the famous, but it usually doesn’t. The obscurity of a given target is part of cancel culture’s message intended to terrify everyone. No one is safe.

Mr. Jones tells the true story of speaking real truth to actual power, be it a government or an all-powerful newspaper. Gareth Jones (Norton) was a young idealistic Welsh journalist who wanted to interview Stalin, whom many in the West regarded as a savior of mankind. That’s not an exaggeration. In 1933, when Mr. Jones takes place, both Hitler and Stalin were widely regarded as men who were delivering the future: socialism. Collectivism. The new man as global citizen. They had the intelligentsia’s ear from Paris to London to Washington and Hollywood and points between.

Jones despises Hitler and travels to the Soviet Union to try to score the big get, the interview with Stalin. He also wants to probe the possibility of an alliance with the Soviets against Hitler’s Germany. To get that interview, Jones must go through another reporter: the New York Times’ man in Moscow, Walter Duranty.

Jones ends up on the trail of a murder.

A fellow journalist who had helped Jones score an earlier interview with Hitler tells Jones about an important story he could break open, but is killed off-screen. Jones simply wants to know why. It’s clear the journalist was working on a story. Jones wants to know what story was so important the journalist would take such risks to tell it, and was so threatening that the Soviet government might have killed him to suppress. What Jones is really seeing is cancel culture weaponized by a dictatorship.

Cancel culture was already in Stalin’s toolbox in 1933. Cancel culture dominated in Nazi Germany and fascist Italy, and would later spread to Cambodia, China, North Korea, Cuba and Venezuela with local versions in Iraq, Iran, and elsewhere. Jones experiences it first hand in Moscow and Ukraine, and later.

Jones learns there are really two stories. One is the story the journalist, fictionalized in Mr. Jones as Paul Kleb, was desperately trying to uncover and for which he died.

The other story Jones discovers is how the United States’ alleged “paper of record” is an accessory to Stalin in one of the greatest crimes in history. Stalin’s Western reputation is in part an illusion created by the very same reporter Jones must work with to get his interview: Duranty. 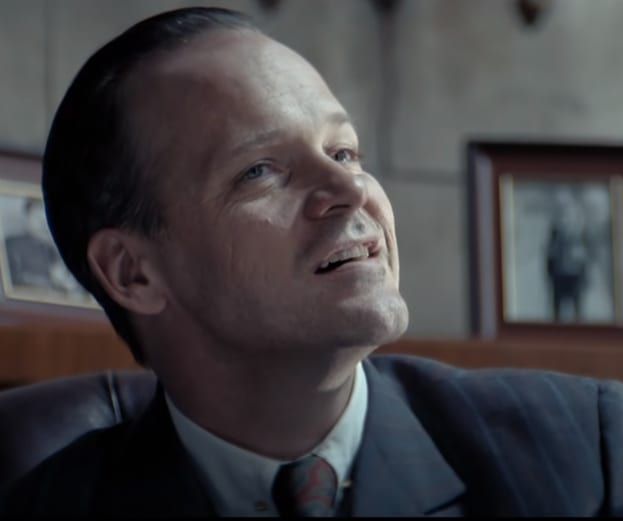 The New York Times, then as now, billed itself as the world’s greatest newspaper. It stationed the illustrious Walter Duranty in Moscow, where he lived like a prince in the midst of a communist nightmare. Duranty is widely known for publishing a series of articles in 1931 showcasing Stalin’s Russia to the world. But Duranty leaves out important facts. Secret police and informants abounded. People were disappeared, off to the gulags or shot. There’s a question over how Stalin can be on a public spending spree when the Soviets are broke. Something is happening in Ukraine.

Or Duranty knew and he cared, and he wanted to help the Kremlin however he could. From his exalted perch at the New York Times, he could do a lot.

Duranty hosts lavish, decadent drug and sex-filled parties in Moscow, as Jones is shocked to see. Moscow is dull. The parties are Duranty’s lure and the means by which he influences the other Western reporters, all of whom are confined to the capital because that’s communism. There is no freedom of the press or speech. Duranty thought the party would lure Jones, just like it lured every other journalist, into his orbit.

Jones first slips into Ukraine to find the truth. There he confirms the first crime of the century: Stalin is intentionally starving millions — millions — of Ukrainians to death. The Soviet state is presented to the world as a futuristic utopia, but in reality, Stalin has created a vast murder machine. 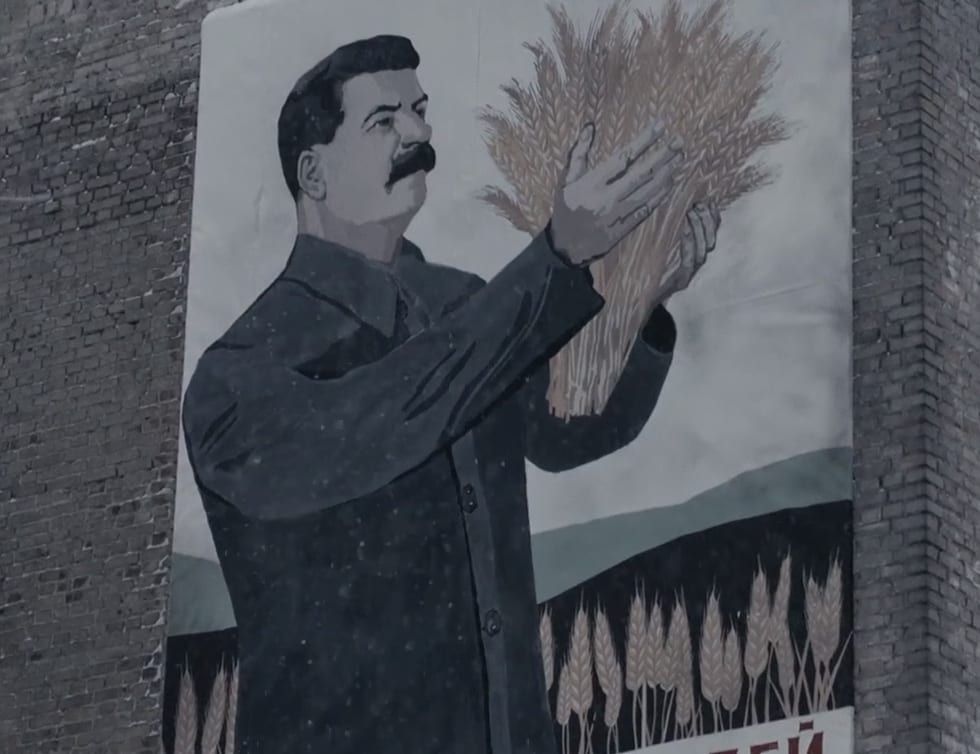 And as Jones suspects, Duranty knew.

Gareth Jones, in real life as the film, can either stay silent, go along with Duranty and lend his support to Stalin’s grotesque cancel culture, or he can wage a public information war to expose the truth about the Soviet Union and thereby the truth about Duranty and the Times. Mr. Jones hinges on this choice.

Mr. Jones brings this true story to life in an appropriately dark and oppressive atmosphere. Every scene is unsettling and slightly terrifying. Peter Sarsgaard portrays the execrable Duranty as the greasy, amoral purveyor of fake news that he was. As he tries to bait journalist and Jones friend Ada Brooks (Vanessa Kirby, who delivers a strong yet understated performance) into putting her name to his lies in one scene, he blithely dismisses Stalin’s genocide as “breaking a few eggs.” This is now Duranty’s most famous real-life quote, and Sarsgaard delivers it with the due charm of a languid, constantly stoned cobra.

The writer Jones inspired? In a gripping scene after Jones has made his choice, a visibly shaken socialist friend asks him, “Is there no hope?” That friend is Eric Blair, better known as George Orwell. Out of Jones’ experiences in Ukraine and the Soviet Union, Orwell writes Animal Farm.

All told, Stalin’s famine killed between 6 and 10 million Ukrainians.

Mr. Jones is a warning from the past and a harbinger of the future if cancel culture is not, itself, canceled. It’s a dark thriller, spare in its production and score, heavy in atmosphere. As statue after statue falls around the nation, Mr. Jones becomes more urgent and relevant to our time. A rebuke to fake news, cancel culture, status culture, socialism, and cowardly government quislings and media weasels, Mr. Jones is a long-overdue film rebuke to the New York Times.

The “paper of record” proves in its widely criticized and discredited 1619 Project that it has not improved. Neither has the Pulitzer Prize committee, which has repeatedly refused to revoke the award it gave Duranty for his 1931 articles cheerleading Stalin’s bloody reign.

Mr. Jones is now available on Amazon Video, which is somewhat surprising. Perhaps it’s there as a dig to the Washington Post’s greatest rival newspaper (Jeff Bezos owns the Post and Amazon). Mr. Jones deserves to become part of the curriculum alongside Animal Farm to provide that novel its context and to keep alive the name and memory of a courageous and tragic journalist who told the truth: Gareth Jones.

Watch Mr. Jones — before they cancel it.

Do New York Times Reporters Think Most Americans are Worse Than the Taliban?