Cold Temps, Warm Metal and Buttery Flesh: How To Do Winter BBQ

Those of you who routinely scorch steaks on the grill can’t possibly get smoking wrong. If you can read a thermometer, you can smoke meat. It’s infinitely more palatable than a scorned Porterhouse at the hands of a meat arsonist, and a heck of a lot cheaper. Meat prices are higher than ever and it’s time you get better acquainted with humble Chuck.

Many traditional cuts once smoked for their economy are now nearly as expensive per pound as their provender contingents. Not to say that a twenty dollar prime rib “hamburger” or an ten-dollar haute dog aren’t worth a try.  It’s just that the American BBQ isn’t a solitary kind of event, it’s a party.  And having friends over to break bread shouldn’t break bank.

This week, beefretail.org, who establishes national averages for beef prices, quotes wholesale price for flat cut brisket at just over six dollars per pound. That’s nearly two dollars more per pound than this time last year not including retail markup which averages 26%, even higher in metro areas.

As such, I suggest we scrap traditional cuts that routinely inhabit the smoker and venture out into roasts previously confined to the Crock Pot or Dutch Oven (as in roasting pan, not captive undercover outbursts).  Enter “Chuck”, the shoulder area of the cow. This portion of the carcass generates nearly 25% of the edible rations, bearing a great deal more meat than bougie steak or rib portions. And like my spouse, Chuck is tough but loveable given the right conditions.

Wholesale prices for Chuck hover around $3 per pound. But even with retail markup you can secure a great three pound chuck roast, enough to feed a family of four, for about twelve bucks—The price of one bone-in ribeye.  Three pounds may sound excessive for four diners, but one must consider shrinkage– Fat and water melted away, leaving a dense beautifully hued protein (because dense and beautiful are the perfect combo in the meat kingdom).

Prep and cooking time is lengthy so consider buying bulk Chuck. Slice into three-to-four pound sections before marinating. Leftover smoked Chuck can be shredded for stellar tacos, sandwiches or enchiladas.

My own fore into smoked chuck was entirely by accident. I’d have never thought to throw such a girthy, oleaginous cut into the drum. But one morning when the husband was prepping the smoker for some whole chickens, I remembered thawing a roast that wouldn’t be prudent to eat if left another day in the fridge.  A dull fleshed, less than spritely three pound chuck that I just couldn’t bear to toss.

You see, I went to an angus farm and ordered half a bull. I saw the damn thing galloping about a field of butterflies and named it “Fred” before solidifying his slaughter with my signature (death warrant) and credit card number.

I purposefully made eye contact with death row Fred a week prior to his poor throat being slit by a rabbi, wanting to better appreciate where my food comes from and be less inclined to waste former living things.  As such, my near-ripe chuck (Fred) was messaged with salt and spices then nestled into a quad of chickens on the smoker vice being ravaged by raptors at the landfill.

Smoking meat does not require a Texas-style steel Trojan of a grill favoring a sawed off MK-16 torpedo. These offset smoker boxes are great if you have one, but a standard charcoal grill with a tight-fitting lid will suffice.

The easiest method involves soaking wood chips (six cups) or small branches overnight in clean water then tossing them right atop your hot charcoal when ready to smoke. Apple, cherry, mesquite and hickory are all good.

Don’t buy wood chips if there’s an orchard nearby or a neighbor with a few fruit trees. Ask to be present when they prune (you could of course, offer to help). There’s no reason to spend seven bucks on a tidy bag of ethically-harvested smoking wood at Williams-Sonoma. Only a liberal would do that. Pruning is very ethical and free is always better.

While your grill is getting hot, marinate Chuck in any style bath you’d normally offer beef.  If you don’t have a go-to, see my blog for a basic marinade recipe. Use a gallon-sized zipper bag for each three-to-four pound chuck roast. Leave at room temp for an hour or up to twelve hours in the refrigerator.

Smoke chuck at between 225 and 250 degrees for five to six hours, or 200 degrees for seven hours, generously enveloping chuck in foil at the halfway mark (wrap your meat snuggly—leaks could prove problematic later). Chuck is ready to rest when his internal temperature reaches 165 degrees. The more you peek, the longer the process will take, so please refrain. Juices will be redistributed to the finished meat while resting for several hours in a cool, dry place. The longer it has to rest, the more tender and tasty it is.

Are you a chronic overachiever? Then tackle the entire process a day ahead placing the finished foil-wrapped meat straight into the refrigerator to eat the next day. To serve, thinly slice and gently heat in the microwave or oven and finish with BBQ sauce — Lefty’s is my personal fav. Finished foil-wrapped smoked Chuck can also be put straight into a freezer bag and into the freezer for a later date (or a hot date?). Serve with slaw or my five cheese sweet potato gratin (recipe on my blog here).

Wintery weather offers ideal conditions for curing meat through smoking. And the humble Chuck, once predestined for pot roast proves a worthy alternative to traditionally smoked cuts… he’s tasty, easy to find, and economical. Even our Dallas blood brethren love my smoked Chuck. And that’s a good thing because they eat a lot and visit often. 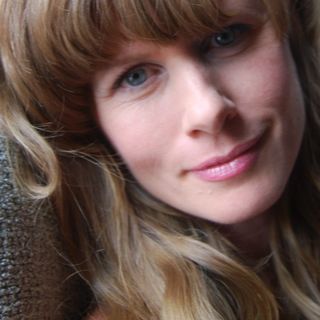