How Netflix Made Watching TV Like Reading a Novel

Comparing watching television to reading a book sounds ridiculous. Especially to those of us raised in a world where TV watchers are derided as couch potatoes and reading is deemed an enlightened activity. So I’m prepared for bibliophiles and even casual readers will take issue with the title of this post. But technology advancements and the improved sophistication and structure in television programming has turned watching TV into an experience very similar to reading a novel.

As an avid reader and author, it took me a while to fully appreciate this new phenomenon, though I’ve fully embraced it now as a regular video content consumer (see, Justified and Breaking Bad). In other words, I have, finally given into binge watching – the practice of consuming numerous episodes of a TV show in a short period of time. An activity that was once ridiculed, binge watching is now a social norm.

There are four primary factors for the rapid change in the consumption and format of TV programming that led to it resembling a live action novel. Each occurred independently, but combined, created the conditions necessary to set in motion the evolution:

(2) services like Netflix secured licensing deals for TV programs and then efficiently and conveniently allowed users to access the content on their schedule, for their chosen duration and at their preferred location;

(3) an increase in the sophistication of TV programs, which has created a “golden age of television” that is supplanting film as the preferred visual entertainment for adults; and

These factors have combined to make watching TV an experience increasingly similar to reading a novel. TV viewers no longer need to wait weeks or months to watch the next installment of their favorite program. They can continue onto the next episode (i.e. a chapter) at their leisure and convenience. “Binge reading” is a luxury that readers have enjoyed for centuries. Technology now enables TV viewers to do the same.

Taking this transition to the next level was the switch to a chapter format for TV programming, which is almost the norm in today’s most acclaimed dramas and even some comedies. Consider the contrast with Law & Order, or one of my favorite shows, Magnum PI. Those types of shows were designed for episodes to be watched in isolation and out of order without affecting the viewers experience. Each installment is effectively a short story. That’s not the case with much of today’s programming, which are structured like novels, with each episode in a season equivalent to an individual chapter. You can’t watch Breaking Bad or Game of Thrones out of order. Even the Sopranos would be difficult as each season has a running theme that infiltrates each episode. Just as picking up a copy of The Firm and reading random chapters wouldn’t make sense, the same applies to shows like Breaking Bad.

The sophistication of TV programming has made binge watching more acceptable. Programs like House of Cards and The Wire involve complex plots, sophisticated critiques of society and can be as thought provoking as any acclaimed novel. For every Jerry Springer or The Hills, there are an now numerous intelligent programs that defy the stereotype of traditional, mindless TV programming.

So what’s the next phase in the convergence in the experience of watching TV and reading a novel? Game of Thrones may offer some guidance. A common complaint that I hear of the Game of Thrones books is that it’s too difficult to keep track of all the characters and locations. This is one of the main drawbacks of novels and particularly for people who are visual learners. The Game of Thrones TV show has made reading the books easier by visualizing for readers what the characters and locations look like. Bibliophiles will probably see that as evidence that TV requires less imagination than reading a book,that’s a fair point. But the TV show has persuaded thousands, if not millions, of people to read the Game of Thrones books and has enhanced the reading experience for many.

In general, film is the default medium for adapting novels. The improvement in technology and acceptance of binge watching may very well lead to a shift where books are made into TV shows instead of film. Some books are not a good fit for film for a variety of factors, such as complexity, too narrow a following or sheer length of the stories. Although The Lord of the Rings was well done in film, the intricacy of the storyline was probably better suited for a three season mini series.

Which leads to a good question: what are some of book series that may find their way to the smaller screen? The Dark Tower series by Stephen King comes to mind. Any others? 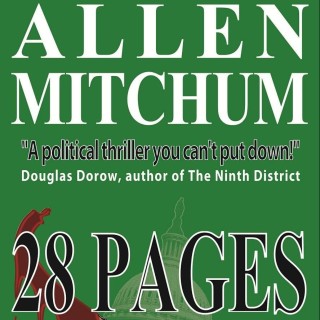 Allen Mitchum is a thriller author whose newest novel Trophy Target is now available at Amazon.com. His website is www.allenmitchum.com. Follow him on twitter @AllenMitchum
Read more by Allen Mitchum