Black Lives Matter Is a Slogan and an Organization, So Be Careful What You Endorse

Earlier this week, I wrote about political polls that I don’t believe because of the way they are constructed. Now I’ve seen one I don’t believe because it would stun me if respondents were clear on what they were actually affirming. Black Lives Matter named their organization after a sentiment that everyone agrees with and they are not explicit about their full agenda. From the New York Times:

Over the last two weeks, support for Black Lives Matter increased by nearly as much as it had over the previous two years, according to data from Civiqs, an online survey research firm. By a 28-point margin, Civiqs finds that a majority of Americans support the movement, up from a 17-point margin before the most recent wave of protests began.

Largely, I believe this statistic has changed because of the recent protests and the reasons behind them. The death of George Floyd at the hands of Officer Chauvin was universally condemned. Politicians across the board were calling for justice to be served and virtually all commentary called for the same.

In many areas, it even seemed bipartisan agreement could be reached on a range of reforms. Discussions about qualified immunity, police unions, use of force and other items were all points of discussion. No one supports police brutality.

There is also universal agreement that black lives matter. That is a statement of fact. However, if you think police brutality is the only issue for Black Lives Matter and that is why you support them, this is not accurate.

The organization operates on the premise that there is an inordinate amount of police violence against unarmed black men in the United States. There is no data that supports that contention. However, the effectiveness of the media and radicals in creating this perception is demonstrated by the following video:

BLM tells us that unarmed black Americans are hunted and killed by the police every year.

The number of unarmed black Americans killed last year was 9. How many do BLM supporters think it was? pic.twitter.com/5H5F3HuMYb

By way of contrast, 19 unarmed white men were killed. It is also important to note that unarmed does not mean not dangerous. In many of these cases, the officer still had reason to fear for their lives. There were roughly 1,000 police shootings nationwide, with all but 41 being armed assailants. At that point, race is not the issue. By way of scale, this is out of about 354 million police contacts nationwide.

The only issue Black Lives Matter currently has a petition for is defunding police departments nationwide. Since 65% of Americans disagree with that idea, it is very hard to say there is really majority support for the movement. If you want to know what Defund the Police actually means, you can read about the current insanity in Seattle. There are both antifa and Black Lives Matter radicals involved.

For those not familiar with the organization’s history, it is six years old. They came to national attention in 2014 during the Ferguson riots. The destruction was immense. Officer Darren Wilson was acquitted of the fatal shooting of Michael Brown based on forensic evidence indicating Brown was trying to take the officer’s gun. Even Eric Holder’s DOJ ultimately agreed with the conclusions.

Despite these findings, rioters marched through city streets chanting “What do we want? Dead cops. When do we want them? Now.” Another favorite was “Pigs in a blanket. Fry ’em like bacon.” Sadly, they got their wish. There were several high-profile murders of police officers reportedly inspired by—or by—members of Black Lives Matter. By the end of 2016, there were record numbers of officers being killed in planned ambushes.

Riots also ensued in the spring of 2015 after the hospitalization and death of Freddie Gray due to injuries sustained in the custody of Baltimore police. Again, the damage to businesses and property was significant. They ended when Governor Larry Hogan called in the National Guard. During the riots from April 18-29 at least 20 officers were injured, 285-350 businesses were damaged, 150 vehicles were torched, and 60 structural fires were lit.

This is why it is important to make the distinction between peaceful protestors who use the slogan and the Black Lives Matter the organization. The riots that have occurred over the last several weeks are no different than the ones that were seen from 2014 to 2016. There are certainly other groups involved now. Attorney General William Barr has called the groups starting the violence a “witch’s brew” of radical organizations. Black Lives Matter is certainly among them.

What has changed is Black Lives Matter does not promote leaders the way they once did. DeRay Mckesson, Shaun King, and Erica Garner were all promoted by the media as the leaders of the organization a few years ago. That is no longer the case. They name co-founders that don’t include any of the prominent members from several years ago. They are also not nearly as ubiquitous in the media as the prior leaders were.

BLM has adopted a distributed group model similar to antifa. Leaderless movements with coordinated action started back in the 1970s with animal rights radicals and ecoterrorists. It makes the groups much harder to track.

Four years ago, what is now known as the Black Lives Matter Global Network began to organize. It started out as a chapter-based, member-led organization whose mission was to build local power and to intervene when violence was inflicted on Black communities by the state and vigilantes.

While the language has been softened a bit, the Black Lives Matter agenda is still explicitly Marxist. They actually call affiliated groups “comrades.” Nothing in what they believe mentions America, rather a global network of black people. Their beliefs are also explicitly separatist, with the goal of communal structures created by and for blacks.

This includes the disruption of “Western-prescribed nuclear family structure requirement by supporting each other as extended families and “villages” that collectively care for one another, especially our children, to the degree that mothers, parents, and children are comfortable.”

It is also militant in its support of the gay and trans black community. From its list of beliefs:

Blacks have lagged every other demographic group in supporting gay marriage. It just broke 50% last year. According to the Pew Religious Landscape Study, they are also some of the most religiously oriented Americans in terms of belief, participation and the comfort derived from their practice. I somehow doubt that the radical notion of dismantling heterosexuality as the predominant sexual orientation aligns very well with the religious orientation of the entire black population.

The current list of beliefs is a reframing of what was put forth in 2016. Very direct and unpopular, the full policy platform has actually been deleted from the internet. However, the six principles are still available. They are explicitly Marxist and separatist:

I do not support Black Lives Matter and their radical agenda. I absolutely support opportunity and inclusion for all Americans. If this is your view rather than Marxist separatism, there are activists and organizations doing great work in the black community that you can support with donations and advocacy. Here is a short list: 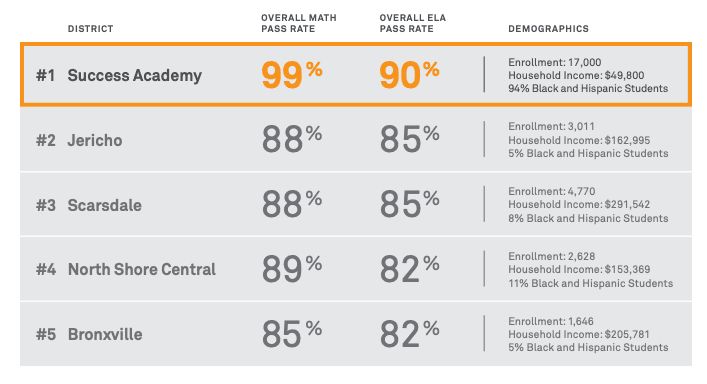 The latest idea from the woke-scolds is that silence is violence, so I decided not to be silent. The recent move to ex-communicate heretics is rather disconcerting, but I can’t be excommunicated from the Secular Left Church of Woke since I never belonged. I guess that means I’ve been heretical since at least 2014.

What really motivated me is conversations with friends who are struggling with young adult children to explain their position. This was followed by articles encouraging children to reject their parents if they don’t protest or donate. Then there were the viral videos of children denouncing their parents for not being sufficiently woke.

The conflation of sentiment and agenda can be confusing, especially when this has all happened so quickly on the heels of a nationwide health crisis. Stay calm, be explicit and honest. Of course black lives matter. But don’t endorse political outcomes or a political agenda that you honestly don’t support.