Antifa Declares Police Station Is Finally 'the Property of the Seattle People.' About That...

On Monday night, antifa instigators and protesters claimed territory in Seattle, Wash. Like the Islamic State (ISIS) and the Paris Commune, antifa set up a government in occupied territory including a police station, calling it “Free Capitol Hill.” On Wednesday, Townhall’s Julio Rosas reported that the “Capitol Hill Autonomous Zone” also appears to go by the name the “People’s Republic of Capitol Hill.”

“Found another name for the Zone: The People’s Republic of Capitol Hill,” Rosas tweeted.

Found another name for the Zone: The People’s Republic of Capitol Hill. pic.twitter.com/F3E7O4rba5

This “People’s Republic” name is a reference to communist states across the world like the People’s Republic of China. These governments claim to represent the people, but they often engage in brutal repression in the name of a communist utopia.

Rosas shared more pictures from inside the antifa zone, including a spoking section, a banner on the East Precinct Police Station, and a “No Cop Co-op” shop.

The presence of a smoking section raises the question: is smoking banned elsewhere in the “People’s Republic of Capitol Hill?” 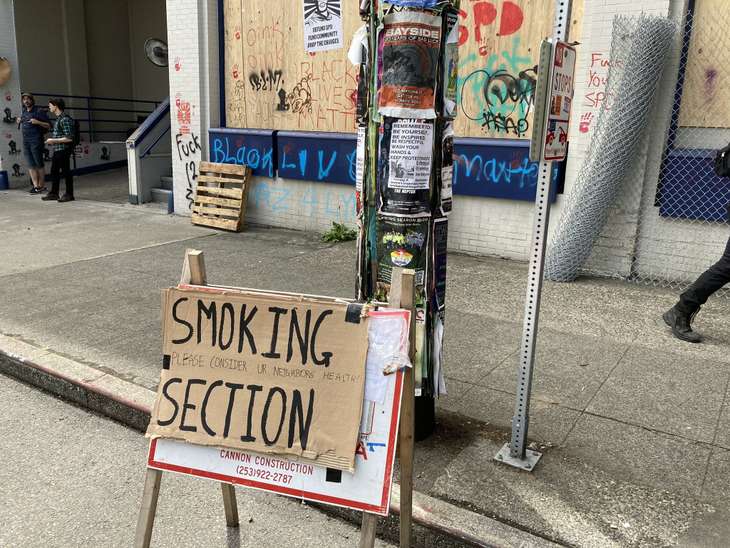 The antifa militants posted a banner over the police station, declaring, “This space is now property of the Seattle people.” This is despicable doublespeak. Not only have the antifa autonomous zoners set up a rebellious state not under the United States or Seattle, but they have seized the police station from the government that actually does represent the people of Seattle, however imperfectly it may do so. 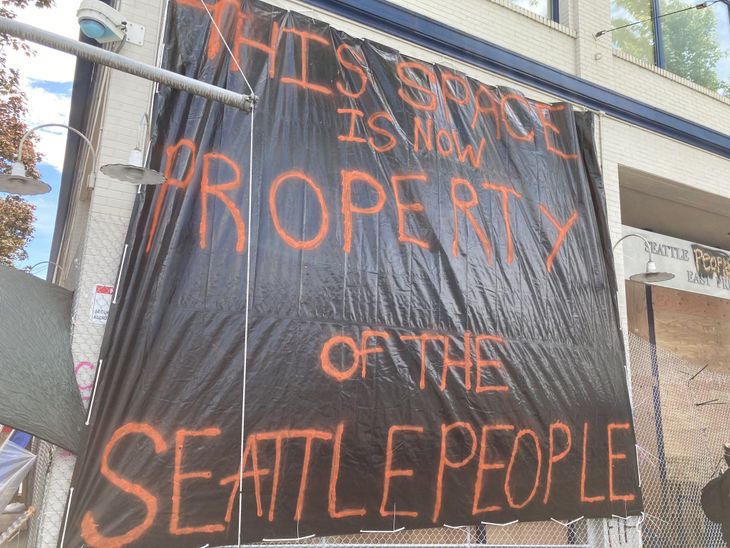 The antifa militants have aimed to create a post-capitalistic society, so instead of shops, they have a “no cop co-op.” The supposedly property-less “people’s republic” experienced theft at the hands of homeless people, who ransacked the alt-Seattle’s food supply.

Ironically, one of the signs at the “no cop co-op” calls for Seattle to “Dump Durkan,” a reference to Mayor Jenny Durkan, who has allowed this insurrectionary state to continue. Seattle should indeed “Dump Durkan” and choose a leader who will put down this insanity. 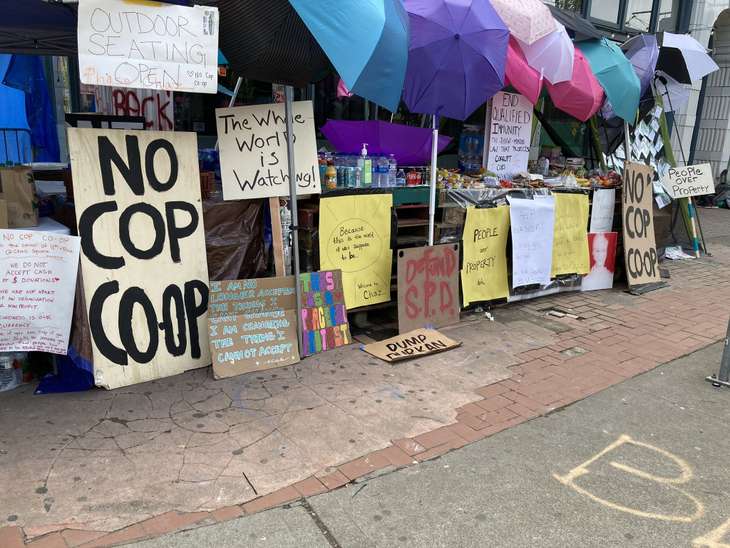 As the Post Millennial’s Andy Ngo tweeted, “Seattle [Mayor Jenny Durkan] is allowing a dangerous situation to fester. [Antifa] militants have taken over & created an ‘autonomous zone’ in city w/their own rules. Police precinct abandoned. Antifa set up barricades to create a border. Calling for volunteers to provide armed guard.”

The antifa rioters appear intent on creating an automonous state, not unlike the ISIS-run territories in the Middle East or the surrounded proto-communist experiment of the Paris Commune in 1871. (The Paris Commune was a key moment in the history of socialism and communism. It lasted between March and May 1871, after the Prussians had defeated the French in the Franco-Prussian War and were besieging Paris. Karl Marx called it an example of the “dictatorship of the proletariat.”)

The rioters’ use of the Greek term “Stoa” appears to hearken back to classical Greece while their reference to police as the “regime” sets them in contrast with a supposedly oppressive government force. The map has an undeniably bohemian theme, promising a “coffee bar” in this militant alt-Seattle. 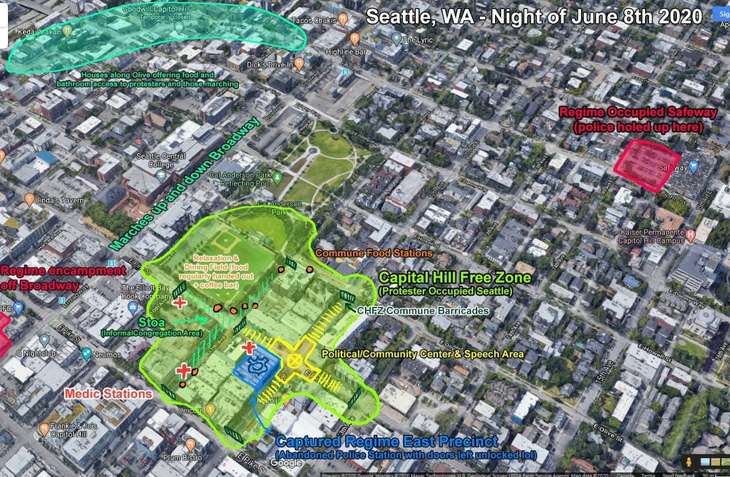 Antifa militants and their fellow travelers are trying to create an alt-Seattle in violation of the Constitution and in opposition to the duly-elected leaders of Seattle and Washington. Local law enforcement — and the National Guard if need be — should put an end to this madness.