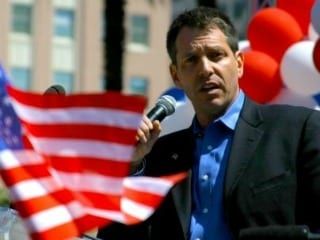 The role of legislators in a free society is not to make law, but to discover it. The “laws of Nature and Nature’s God” are not crafted by men, and ought to both supersede and underlie our civil decrees. Indeed, that is the root of the Declaration of Independence. Men have rights, and their government ought to proceed from those rights and secure them.

Such lofty notions are frequently lost in our modern political discourse, where the craft of law has become social engineering, saving us from ourselves. In such an environment, it is inevitable that we should arrive at a tyranny of law, where the web of bureaucracy and regulation is so intricate, tangled, and sticky that every man becomes a criminal in one way or another regardless of his character or conduct.

So may be the case with Tea Party Patriots co-founder and national coordinator Mark Meckler, who was arrested last week at LaGuardia Airport by the Port Authority of New York and New Jersey on a felony firearms charge. There are conflicting reports regarding precisely what happened. However, no one is accusing Meckler of endangering anyone or harboring criminal intent. It appears he may have unwittingly broken the law.

An official statement since released to the press was initially sent to Tea Party Patriots state coordinators in an email. It stated that Meckler holds a permit to carry from his home state of California:

While in temporary transit through the state of New York in possession of an unloaded, lawful firearm that was locked in a TSA-approved safe, [Meckler] legally declared his possession of the firearm in his checked baggage at the ticket counter as required by law and in a manner approved by TSA and the airline, yet was arrested by port authority for said possession.

The California permit is not recognized in New York, a state which heavily restricts firearm possession. The Nevada County Sheriff’s Office, which issued the permit to Meckler, has suspended it pending the outcome of the criminal charge. That charge could carry a maximum sentence of 15 years in prison. However, CBS News reports that “travelers who are arrested in such cases and appear to be trying to comply with the law typically pay fines.” 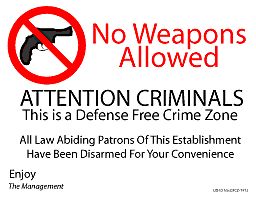 It certainly appears that Meckler was trying to comply with the law. Criminals intent upon wrongdoing usually don’t declare securely cased firearms at a ticket counter. However, ignorance of the law has never been a valid defense. Queens District Attorney Richard Brown stressed that point to the press:

Before leaving home, passengers should acquaint themselves with the weapon laws of the jurisdiction that they are visiting and comply with any and all legal requirements if they choose to travel with a weapon.

That is prudent advice. However, the question remains whether such a scenario serves the purpose of law. After all, whose rights did Meckler violate? Through what process was his character transmuted from unvarnished to criminal when he crossed the border into New York? Whether he violated New York statutes is a separate question from whether those laws are just.

Indeed, what happened to Meckler could easily happen to anyone who is not fully versed in the minutia of each state’s gun laws. The National Rifle Association (NRA) has as one of its legislative priorities an effort to increase reciprocity between the several states in respect to permits to carry, much as there is reciprocity in respect to licenses to drive. They offer a “Guide to Right-to-Carry Reciprocity and Recognition” which is an effort to shed light on the gun laws affecting interstate travel. However, they note an inability to keep up with fickle bureaucracies:

[Gun law in the] various states is subject to frequent change through legislative action and regulatory interpretation. … This summary is not intended as legal advice or restatement of law.

Question: How can a person be expected to comply with laws which are “subject to frequent change?” Naturally, they can’t. Such is a tyranny of law.

There is an astounding double standard applied to this issue by the Left. On the one hand, they concoct “constitutional rights” out of whole cloth, citing “penumbras” and “emanations” rather than plain language. They demand state law conform to those rights which they imagine. Yet, in the case of the Second Amendment, they ignore its plain language and approve legislation at any level which defies it.

It’s easy to get lost in the weeds on an issue like this and start arguing case law and constitutional history. However, the bottom line is quite simple. We have the inalienable right to keep and bear arms. We have the inalienable right to protect ourselves. Government ought not infringe upon that right. Without question, the effect of the current web of contradictory gun laws “subject to frequent change” is the infringement of otherwise law-abiding citizens’ rights. It’s high time we took a look at the mess and ask ourselves who we are protecting and from what.