Lack of Manliness Is Real Culprit Behind Mass Shootings 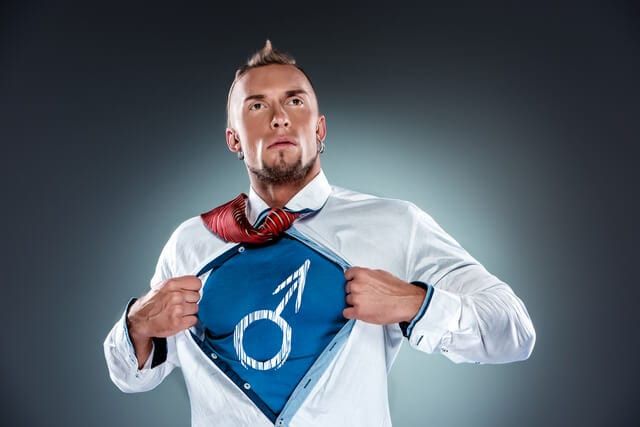 Gun control advocates are right to point out that we cannot predict who will carry out a mass shooting, but they are utterly off base when they suggest that passing a few laws will keep guns out of the hands of criminals. If anything, more laws will merely discourage law-abiding citizens from arming themselves and encourage those who find guns illegally to flout the law in other ways. Prohibition should remind us that illegal does not mean unavailable.

The best response to such tragedies is to understand the motivations behind them — and encourage angry young men to channel their frustration into healthier pursuits. Fulton Sheen wrote that “as the goal and purpose of life is lost, men become violent.” Without a solid foundation — a cultural and moral exemplar of what it means to be a self-restrained, responsible man — many young men grow up with a vacuum for their basic male instincts. This leads the socially distressed to act out, and puts us all in danger.

If, as a society, we relearn how to encourage boys to grow into responsible men, we might stand a fighting chance at addressing the root anguish and anger behind these attacks — and have better families and healthier relationships as a result.

The Revenge of the Lost Boys

What drives a young man to pick up a gun and target the innocent, and how does he see himself in that moment of horror? Is he crazy, just lashing out — or does he see himself as a hero, deprived of acceptance by those around him, and finally able to give his life meaning by becoming a gruesome sort of martyr?

“Western societies are producing more and more of these Lost Boys, the fail-to-launch young men who carry weighty social grudges,” wrote The Federalist’s Tom Nichols, a professor of national security affairs at the U.S. Naval War College, and an adjunct professor in the Harvard Extension School. Nichols marveled at “the combination of immaturity and grandiosity among these young males.”

Immaturity and grandiosity — could two other words better describe a certain cultural image of the unrestrained American male? Seth Rogen, in all his clumsy glory, may seem like a couch potato, but he has a sweet side and maybe a trick up his sleeve. While films often make a point to show women as impressive and put together, men do not see the same treatment.

Fiction films portray grandiose heroes and villains, and internet subcultures breed opportunities for the men who closely resemble the sad boys Seth Rogen impersonates to connect with larger-than-life heroes like Leonidas or Aragorn. Notorious mass murderer Timothy McVeigh thought of himself as a modern Paul Revere.

Such grandiose notions are far from bad — who doesn’t want to be Aragorn? — but given the lack of a strong moral code, the distance between ideal and reality can make the socially unstable more likely to lash out.

Nichols points to the work of German writer Hans Enzensberger, who called such people “radicalized losers” — “the unsuccessful males who channel their blunted male social impulses toward destruction.”

Dylann Roof — the racist who targeted a bible study at a historic black church in Charleston, SC — raged about blacks “raping our women.” One of the suspects in a planned hit on the Canadian prime minister in 2006 accused the Canadian Forces of “going to Afghanistan to rape women.” Elliot Rodger, who killed seven and wounded 13 near the University of California, Santa Barbara in 2014, said he was punishing other men for being more sexually successful.

Sexual frustration pervades the lives of teenage boys, as puberty unleashes desires they are unprepared to deal with. In a culture which often portrays gratuitous sex as good in itself, and constant gratification as the goal of manhood, the gap between this idealized panacea and reality hits many young men hard.

This struggle is by no means an excuse for acts of violence or quixotic quests for glory, but it does help explain why most mass shooters are young males, and why many of them explicitly seek to justify their actions as a response to the perceived sexual “success” of their victims.

McVeigh had a stint with military service before leaving frustrated. McVeigh was a competent soldier, but left the Army after failing to attain the Special Forces assignment he wanted — he was judged too psychologically unstable.

Recent studies have shown an increase of narcissism among young people, and a sea change in priorities. While children aspired to be astronauts, doctors or lawyers 50 years ago, today they want to be famous.

For many of these frustrated young men, violent or eye-catching acts are a “shortcut to glory,” Nichols argues. Many see the world into a dualistic struggle between good and evil — not on the spiritual plane or on the moral level within individuals, but as a fight between their group and a hated other. Roof chose the lens of white supremacy, many choose jihad, and Chris Harper-Mercer elected the anti-religious views of a militant atheism.

In each case — bloody or not — the frustrated man finds a path to eternal significance, fighting against the people he deems responsible for his struggles or whom he simply identifies with the enemy.

While these young men are responsible for their own actions, their radicalization does not come out of a vacuum. As Nichols argues, “when society breeds too many narcissistic males determined to get even with a world that denies them their due — the fame, recognition, or sexual mate they think they deserve — we’re all in danger.”

Louisiana governor and presidential candidate Bobby Jindal called mass shootings “a symptom of deep and serious cultural decay in our society.” He listed many ways in which our culture fosters violence and disregard for human life, from video games and rap music to abortion and euthanasia.

Most importantly, however, Jindal hit on the moral gap in the lives of young men. “Our families are a complete mess, and we have raised tens of millions of young boys who will never become real men because they have no values whatsoever, they have no truth in their lives, and they have no regard for common decency.”

Jindal has a way of overstating his case — most men are not radicalized “lost boys” and still come by values, truth and common decency by one way or another. Nevertheless, he hits on an important point — from broken families to schools which purposefully teach that there is no right and wrong, men are growing up without a strong moral foundation, and that is the real culprit behind such violence.

Today’s “lost boys” lack the virtues of “manliness” as described by Harvard University professor Harvey Mansfield. Responsibility, restraint and self-discipline still define what it means to be a real man — even if much in our culture prizes instant gratification in terms of money, sex and fame.

A real man works hard and fights for his home, family, God and country. As Hector (Eric Bana) in the movie Troy declares, “honor the gods, love your woman, and protect your country!”

This older and more firm moral foundation has an impressive pedigree. The classical Greco-Roman virtues of prudence, justice, fortitude and temperance mixed well with the Christian virtues of faith, hope and charity. This bedrock of character formation was the centerpiece of the medieval university, and even the modern colleges and universities throughout early America and past the Civil War.

The moral foundation behind such men as George Washington and William Wilberforce taught young frustrated men to direct their passions toward positive pursuits, and helped create a culture of freedom and virtue.

While some argue that restraining sexual energy and focusing it on marriage and on fulfilling one’s duty is “repressive,” this alternative lifestyle actually cuts down on sexual frustration for less successful men. If even the most impressive hunk has to limit his sexuality to one wife — or at least make a show of doing so — that leaves more available women, and makes other men less jealous. Monogamy may seem repressive, but it actually promotes social cohesion and sexual equality.

The path toward restoring this view does not require draconian laws which restrict movies, television or video games. This is a spiritual and cultural struggle — not necessarily a political one. While reintroducing the Bible in schools and teaching Judeo-Christian history and heritage without an anti-religious bias would make a huge difference, legislating these moves is the wrong approach.

Rather, Christians need to speak up, and historians need to re-examine where our values come from. The virtues of the Enlightenment — science, limited government and free markets — can also be found in the writings of the Spanish scholastics, and to some extent in the medieval university. The heritage of rights and learning we so prize today does not come from a rejection of faith — but from the very bedrocks of the great cathedrals, and from the words of a certain Galilean.

Do not allow the media to twist a moral and spiritual battle into a political one — especially when doing so requires a confiscation of our last line of defense against these evil men who target the innocent for mass slaughter. Character formation, not gun control, is the proper response to mass shootings.