If your forecasts are wrong, then the science upon which you based your forecasts is wrong. End of story. The beauty of science, unlike religion, is that it is falsifiable by observational evidence.

No climate forecast, whether short-, medium-, or long-term, produced by government weather agencies has been correct. Environment Canada’s (EC) are the worst: less accurate, they admit, than flipping a coin. Nevertheless, government climate forecasts are the basis of all of Canada’s national energy and environment policies.

The same scenario exists in the U.S., and around the world: all government departments are obligated to base their research and policies on their national weather offices’ positions.

Trillions of dollars have been wasted. In Canada alone, according to the auditor general, EC wasted $6.8 billion between 1997 and 2005 on climate change because of their trust in hopelessly flawed climate forecasts.

The UK Met Office (UKMO) also provides an instructive example. They forecast that this winter would be drier than usual. Instead, torrential rains and flooding occurred. A January 27, 2014 headline of a BBC story by Paul Hudson proclaimed: “Met Office global forecasts too warm in 13 out of last 14 years.”

The UKMO also consistently got the sign wrong, forecasting warm when it was cold and cold when it was warm, wet when dry and dry when wet. They could not have been more wrong if they had intentionally produced bogus forecasts. Except for their correct forecast of warming in Eastern Canada, EC forecasts for the winter of 2013/14 were as wrong as those of the UKMO.

Despite vast amounts of public funds devoted to trying to improve forecasting skill, success has been elusive. On February 20, 2014, the Daily Caller summed up the situation well: “Report: Farmers’ Almanac More Accurate than Government Climate Scientists.”

Let’s look in more detail at the Canadian situation, since it is one we are most familiar with and is representative of the forecasting problems going on in governments across the world.

EC forecasts look ahead one to three months, four to six months, and 10 -12 months. They perform skill tests to determine the accuracy of their predictions over the period 1981 to 2010. The map below shows the average short-term temperature forecasting skills for three winter months. Overall, they are right only 48.5% of the time. This is the general level of accuracy for all their short-term seasonal temperature forecasts: less accurate than a coin toss. Their accuracy is even worse with precipitation forecasts.

EC forecasts for long-term temperature trends are just as unreliable. No matter what the climate is actually doing, the department has convinced the Canadian government to pursue a global warming agenda. And that agenda is based on the nonsensical forecasts of the UN Intergovernmental Panel on Climate Change (IPCC), a group EC played a major role in creating.

The IPCC creates an ensemble computer climate model projection by combining the output of 22 models, including Canada’s, claiming it improves accuracy. But weather is non-linear and chaotic, so they get a different result every time each of the 22 models is run. To get what the IPCC considers a useable result, they run each model a few times (usually five) and average the results. They then take the average for each of the 22 models and then average them all. This produces the curve labeled “Multi-model average” in the following graph. 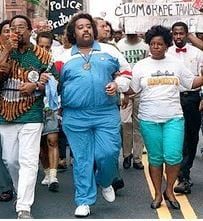 (Graph courtesy of Friends of Science)

This is not science. It is simply averaging the results of computer simulations of a system we do not yet have the physics to understand.

A scientific theory of climate does not exist.

So, not surprisingly, the IPCC computer model temperature forecasts are increasingly diverging from what nature is actually doing. Ironically, Canada’s Climate Explorer model, CMIP5, is making forecasts even further from reality than the IPCC average. No wonder the Canadian government finds it necessary to employ a full-time PR agent to help bolster EC’s reputation.

Ten years ago I simply parroted what the IPCC told us. One day I started checking the facts and data — first I started with a sense of doubt but then I became outraged when I discovered that much of what the IPCC and the media were telling us was sheer nonsense and was not even supported by any scientific facts and measurements. To this day I still feel shame that as a scientist I made presentations of their science without first checking it.

Despite these problems, countries across the world continue to use IPCC climate forecasts as political tools to impose expensive climate regulations. One of the worst offenders is the Ontario government. The Toronto Star reported:

The McGuinty [Ontario] government has a major electrical power problem, one created by its decision to use the power system as a political policy tool.

Consequently, residents of Ontario will see a 42% rise in electricity rates over the next five years and the largest natural gas supplier is insisting on an immediate 40% price increase. Today’s situation would be very different if the province had not, in the name of “stopping climate change,” shut down its least expensive and most reliable source of electric power — coal, a plentiful resource that used to generate 25% of Ontario’s electricity. Nevertheless, the provincial government boasts about their decision: “The [Ontario] phase out of coal is the single largest climate change initiative in North America.”

The Canadian government has followed Ontario and now claims that we are the first country in the world that has banned the construction of new coal plants that do not store carbon dioxide (CO2) underground. But this technology is at least a decade from becoming feasible, if indeed it ever is. Next on the chopping block are oil and gas, which will soon be the target of CO2 regulations.

Of course, that is a long-standing goal of the United Nations: equalize living standards across the world by pulling down developed nations. It is time to withdraw from the UN’s IPCC and to shut down all national environmental agencies that have distorted science to fit political agendas.