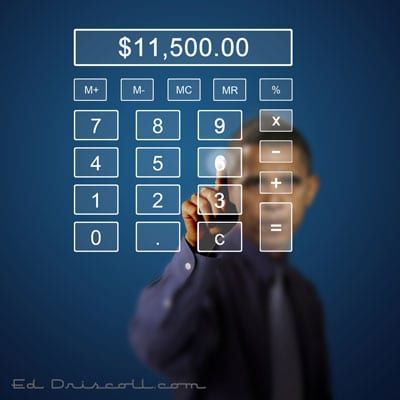 Remember the good old days when the Pentagon was spending only $640 for a toilet seat and $400 for a hammer?

Yes, I wrote “only.” (And yes, I understand that the problems at the Defense Department had far more to do with bureaucratic bloat than with genuine fraud or abuse.)

It turns out that procurement officers there were, relatively speaking, wise stewards of taxpayer dollars, at least when compared to the Obama administration’s Centers for Medicare and Medicaid Services. CMS has given the American people the $11,500 paper Obamacare application — and that may be a lowball estimate.

On July 1 of last year, the agency contracted with Serco, a company which has before and since built a history of fleecing the British and Australian governments, to process those apps. The potential price tag: $1.25 billion over five years in what the government says is “a Cost-Plus-Fixed-Fee type contract with a 12-month base period and four (4) 12-month option periods.”

If the contract’s profit is really “fixed” in the correct and not corrupt sense of the word, Serco certainly isn’t acting like it. A whistleblowing employee alleges that the company “gets paid for the number of people they employ, so they want us there even if we’re not doing anything.”

Based on the number of employees and former employees who have come forward to tell their stories to St. Louis TV station KMOV, the fact that the vast majority of the workers at the facilities Serco has established to carry out the contract are in fact doing almost nothing productive is beyond dispute.

Here is just a sample of the dozens of outrageous statements contained in the five reports (here, here, here, here, and here) KMOV had posted as of when I submitted this column:

Additionally, when supervisors knew that CMS officials were going to pay them a visit, employees were told to “dress professionally and act like we were working … (and to) pull our chairs into our cubicles and yes look at the screen as if we were reading things with fingers on the keyboard.” As PJ Media’s Glenn Reynolds has often observed: “It’s Potemkin Villages all the way down.”

One employee astutely observed that “somebody has figured out how to make a lot of money off this deal to do nothing.” That’s why I question the alleged “Cost-Plus-Fixed-Fee” nature of the contract. Based on the company’s described behavior, either Serco is allowed to formally raise its not really fixed fee if its workers put in more hours, or it has figured out how to pad its submitted “costs” to a point well above what they truly are.

Here is how I estimated the per-app cost Serco is incurring:

Scenario 1 uses information relayed to KMOV by a Serco employee in Kentucky, where all paper apps are apparently first received and scanned. This person recounted how the facility got about 1,000 apps one day back in November or December, and how that represented roughly a full day’s work for all locations to fully process. This person estimated that about seven or eight days’ worth of additional work had come in on all other days during what she said was Serco’s eight months of operation.

Even after reducing the total contract cost incurred thus far to reflect the fact that it has really only been 7-1/2 months since Obamacare went live, and using a high-end estimate of 9,000 applications received since inception (the big day of 1,000 plus eight more equivalent days), I calculated an estimated cost per app of over $17,000.

A rough average of the two scenarios yields an estimated cost of $11,500 per Obamacare app. That’s the equivalent of about 18 old-fashioned Pentagon-purchased toilet seats, or 29 DOD-bought hammers.

I would be more than glad to revise these estimates to reflect facts brought out in sworn congressional testimony by the miscreants at Serco and CMS responsible for this fiasco. Don’t put it past these people to hope that all of this blows over and to try to renew Serco’s contract for another year in early July.

Serco’s skulduggery is a very small tip of a huge iceberg. $474 million has been squandered on failed state exchanges, while a perfectly operational web site built by three guys over a long weekend to help people find plans continues to mock them. California recently acknowledged that it will spend $1.2 billion more than expected on its Obamacare program. HealthCare.gov is spending $121 million more on repairs. Even then, its “back-end” communication with insurance companies “might not be completed by the summer.”

Readers should rest assured that yours truly completely understands that there are far bigger problems with Obamacare than its mountain of waste, fraud and abuse. But stories about workers getting paid $17 an hour while having nothing to do and sleeping on the job out of sheer boredom can get the attention of otherwise apathetic voters. KMOV hasn’t run five consecutive daily stories on Serco because people don’t care; they’re obviously getting plenty of interest.

The need to avoid getting the national spotlight on this outrage explains why the rest of the establishment press’s alleged watchdogs are as fast asleep on this story as some employees reportedly have been during their workdays at Serco. As of when I submitted this column, the Associated Press’s national web site had no coverage, instead incredibly choosing to afford it only one regional story with the most boring headline imaginable (“Contractor for Obama health reform law scrutinized”).

From the national press’s perspective, nothing can be allowed to disturb Dear Leader’s “signature accomplishment” and its quiet march towards grudging acceptance by a disengaged populace. Nothing will until Obamacare’s opponents figure out how to shake them out of their lethargy.