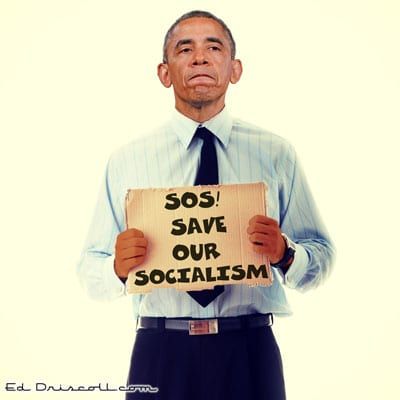 Most political pundits believe that the November 2014 elections spell serious trouble for Democrats. Not so fast.

Despite their blustering for the benefit of their friends in the apparatchik press, the party appears to have conceded that it can’t regain a majority in the House of Representatives.

One might therefore think that Republicans have a chance of greatly expanding their current 33-seat House advantage. That doesn’t seem likely.

It’s difficult to overestimate how much harm supposedly helpful GOP gerrymandering in certain red states has done in the current situation. For example, in Ohio, the state’s GOP-dominated apportionment board “cleverly” carved out four heavy-majority Democrat districts for elections beginning in 2012. That year, the Democrats who even had opposition achieved victory margins averaging 46 percent. The fourth ran unopposed. The odds that a real or concocted scandal or controversy might cause an incumbent Buckeye State Republican to lose to a Democrat are far greater than the likelihood that a wave election could unseat an incumbent Democrat.

Perhaps opportunities exist in aggressively gerrymandered blue states. California, Illinois, and New York would seem to be candidates to yield pickups in certain marginally Democratic districts. However, the challenges are formidable. Most obviously, there are the powers and advantages of incumbency. Additionally, local journalists appear on the whole to have become every bit as hostile to anyone who demonstrates a whiff of conservatism and its values as the establishment press in D.C. A GOP establishment which either hasn’t figured out how to or doesn’t have the courage to consistently go over the media’s heads doesn’t help. Speaker John Boehner, himself an obstacle to conducting ideology-based House elections, would probably be (but shouldn’t be) thrilled with a net pickup of 15 seats, which would still leave the GOP miles away from a 290-seat veto-proof majority.

Of the 36 Senate seats up for grabs, including three special elections for unexpired terms, Democrats currently hold 21. All 15 GOP-held seats are currently consensus polling as holds. The same polls, all of which tend to oversample Democrats, especially in non-presidential elections, identify eight currently Democrat-held seats as clearly vulnerable, and only six as supposedly safe.

To achieve an old-fashioned filibuster-proof majority of 60 which reflects how the Senate was run until Senate Majority Leader Harry Reid changed the rules last year, Republicans would have to win all 15 non-safe Democrat-held Senate seats while losing none of their own. A miraculous run of the entire table would still leave them one vote shy of a 67-seat veto-proof majority.

President Barack Obama, whose performance is for all practical purposes the one and only reason for the vulnerability of the senators on his team, is already whining that off-year elections aren’t a “representative cross-section of America.” No, they’re a better representation of the will of informed people who care about the future direction of the country, and in this case the continued existence of its Constitution-based government.

What will Democrats do about it? They’ll aggressively employ their three primary smears to increase turnout among those who consider it a virtual crime to vote for the other candidate. Those smears are their three R’s: religion, race, and the rich. They have worked well enough in the past to prevent critical, lasting damage. They will again if not effectively countered.

They will trot the oft-cited “war on women” charge against any GOP candidate with any kind of personal or legislative record indicating adherence to Christian values. The left and the press both fervently believe that anyone with such a record is “anti-woman.” They have been all too successful in convincing their base that anyone who believes that a baby in the womb has a right to live is an extremist, even though a recent CNN poll showed that 58 percent of Americans oppose abortion in most or all cases. Sadly, the “war on women” appeal seems to have a near hypnotic effect on many single women under 35.

Republican candidates need to visibly turn this argument around to what will get the vast non-hypnotized majority of women to the polls. Now that they’ve seen a bit of how it works, women’s opposition to Obamacare has skyrocketed. Each and every Democrat who has ever supported Obama, regardless of their current distancing attempts, owns his failing scheme. Beyond that, the six-year Pelosi-Obama-Reid economy has done greater harm to women than to men.  It also wouldn’t hurt to point out that the White House itself is a pack of hypocrites on “equal pay.”

Of the three smears, “racism” is the most tired, but still potentially effective. Just ask Paul Ryan. Even making valid observations about the tragedy of inner-city crime, failed urban public schools, and broken families exposes you to being called a racist. Heaven help you if you propose coherent, workable solutions like charter schools and education vouchers.

The best riposte to the racism charge is also economic. The GOP needs to hammer home the fact that in the four decades until Obamanomics came along, black household income had been catching up with the national average — not satisfactorily, to be sure, but at least moving in the right direction. All of those gains have disappeared, and brutally, while Barack Obama has occupied the Oval Office. It’s also a near certainty that Obamacare will disproportionately harm blacks’ and Hispanics’ jobs prospects by adding huge amounts to the cost of taking on relatively low-skilled employees. If you doubt me, ask casino workers in Vegas.

When all else fails, Democrats will try to tie their opponents to the rich, the 1 percent, and, in Alinksyite fashion, to the evil omnipotent, intimidating Koch brothers. Please. The Koch campaign apparatus ranked 77th overall among political donors in the 2012 election cycle, well behind over a dozen unions and scores of leftist outfits and corporations.

So obsessed is the left that it even trotted out its Koch critique in the recent Florida-13 special congressional election won by a Republican in an upset. There’s only one problem: The Koch brothers spent no money there.

Whether or not the Koch brothers or their affiliated groups give them money, after what will be six years of statist failure, Republican candidates should make no apologies for free-market principles — and they should commit to repealing the statists’ worst disaster to date: Obamacare.