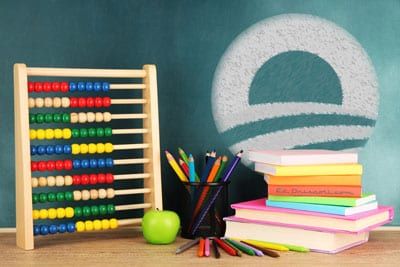 Obamacare’s difficulties, which have brought it to the brink of earth-shattering failure, should cause its architects and supporters to reexamine what they’ve tried to do. History has taught us that this will not happen.

Their alleged greatest achievements, Social Security and Medicare, are dangerously unsustainable; the programs’ trustees annually remind us of that inconvenient fact. Their welfare initiatives have led to ever-increasing dependency, broken up countless families and marriages, and held back achievable economic growth. Their “progressive” tax system, combined with unfortunate but understandable efforts by those affected to dodge its worst effects, has created the incomprehensible monster that is our tax code.

Those whose most fervent wish for decades has been to impose a state-controlled healthcare system on a hostile nation thought they had clinched the argument for all time on March 23, 2010, the day Obama signed the Patient Protection and Affordable Care Act. Nancy Pelosi’s now-infamous statement — “we have to pass the bill so that you can find out what is in it” — gave away their strategy, which was to get an indecipherable law on the books, and to then turn Health and Human Services Secretary Kathleen Sebelius’s bureaucrats loose to make it as restrictive as possible.

First to get it passed, and then to fend off the majority of the country which has consistently opposed it, Obama, along with 27 senators, and an army of other Democratic politicians and apparatchiks, lied to the American people when they unconditionally guaranteed that “if you like your plan-doctor-provider, you can keep your plan-doctor-provider.” Many if not most of them did so knowingly, shirking their responsibility to tell the truth in the name of “salability” and “simplification.”

1. The vast majority of tasks, including project management, are best left to a reasonably regulated private sector. That’s because the government has an oversupply of control freaks and incompetents.

Given a 42-month head start, HHS, despite spending hundreds of millions of dollars, has failed to deliver what three guys were able to produce for free over a long weekend: a working web site. TheHealthSherpa.com asks its visitors to enter their age(s), family makeup, county of residence, household size, household income, and whether they smoke. Consumers instantly learn what health insurance plans are available in their area, what they cost, what their federal subsidy will likely be, and how to contact each plan’s carriers. The Health Sherpa’s primary shortcoming is that it doesn’t tell users that they still have time to buy a usually less expensive pre-Obamacare plan this year, which will keep consumers away from the statists’ clutches until late 2014 or the beginning of 2015.

Though the government engaged outside companies for various aspects of the project, it chose to put bureaucrats within the Centers for Medicare and Medicaid Services in charge of overall project management, “despite the fact that CMS has no experience managing large IT projects.” Compounding the likelihood that the train wreck which has occurred would occur, project managers appear to have mostly fiddled for over 2-1/2 years to ensure that most controversial matters would be kept from the public until after the 2012 elections.

The bureaucratic control freaks convinced the obviously incompetent project managers that the government simply had to have a mountain of information about each potential applicant before they could even be allowed to shop for plans. Then things went from merely disgraceful to utterly inexcusable. We now know that Sebelius’s crew opened HealthCare.gov despite being warned just four days before its launch that it would be “a ‘high’ security risk” for users “because of a lack of testing.”

No private firm would launch under these circumstances — and if any did, law enforcement would be frog-marching company executives to jail within days.

2. What a person pays for a good or service should have no relationship to their income or wealth.

Obamacare’s subsidy system puts the “progressive” income-tax system on steroids and directly applies it to the purchase of a consumer product.

Each American household with an income above four times the poverty level must pay an unsubsidized premium based on both income and age. The vast majority of those below that level pay a net amount after subsidies based only on their income, with no age-dependent differences.

Obamacare’s promoters claim that their salvation lies in millions of relatively well-off young people signing up for coverage. That simply isn’t so. There aren’t that many of them, especially after subtracting out the millions under age 27 who have glommed onto their parents’ policies. Of the rest, only a precious few with sufficient earnings aren’t already participating in an employer plan.

The big money was always going to come from exorbitant premiums extracted from high earners who are 50 and older who had been in the individual market until Sebelius regulated most of those plans out of existence. Given proponents’ “keep your plan” guarantee, they should, logistics permitting, be able to get their old individual policies back. But that will make offsetting the tax subsidies given to everyone else a pipedream.

The fundamental flaw in Obamacare’s entire design is that how much you pay for a good or service should be based on the interaction between supply and demand, and have nothing to do with buyers’ incomes. Departing from reliance on supply and demand inevitably distorts markets. Virtually every government attempt to “fix” distortions which follow only digs a deeper hole.

The Affordable Care Act’s proponents apparently thought that designing a takeover of one-sixth of the economy would be a breeze. Maybe that’s so in Ivy League faculty lounge bull sessions, but not in the real world.

Obamacare has powerful disincentives to work. Its subsidies drop as income increases, and disappear at the four times poverty threshold. When combined with the federal income tax, the payroll tax, and state and local income-based levies, those who make as little as $30,000 per year stand to lose as much as one-third to one-half of each additional dollar they earn. The “working families” the left claims to love so dearly won’t feel much like working. Those whose earnings are near the four times poverty threshold will cut back on how much they work to avoid getting above it. If they fail, their subsidy losses will dwarf any extra earnings.

Obamacare’s architects either didn’t see any of these problems coming, or didn’t think they would matter. Obviously, they do.

This administration’s particularly repulsive brand of hubris has come back to haunt it. Its members and its party apparatus seem incapable of learning from their mistakes. Opponents, whose numbers are growing as formerly low-information voters and even liberals get mugged by reality, are going to have to legislatively take away their keys to the healthcare system.