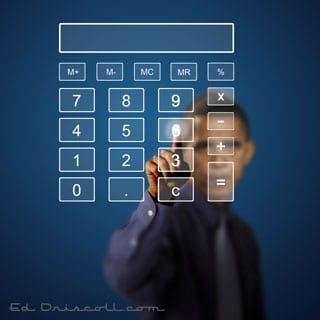 In a September 13 email, Erin Hannigan of Organizing for Action’s “Truth Team” excitedly told readers about how, under the Patient Protection and Affordable Care Act better known as “Obamacare” (the term she used), “millions of Americans will be eligible for financial assistance, or tax credits.”

Since June 2012, thanks to Chief Justice John Roberts and his Supreme Court majority, the penalties the law will impose on individuals and families who do not purchase health insurance beginning next year are legally considered “taxes.” In the same convoluted sense that what most of us have been calling “premium subsidies” in Obamacare should really be considered “tax credits,” the premiums themselves should be considered “taxes.”

Hannigan’s email proudly points readers to a “cool calculator from the nonpartisan Kaiser Family Foundation that shows how the tax credits work,” and encourages everyone to “share it on Facebook or Twitter.”

Obamacare opponents should take Hannigan up on her suggestion: embed the calculator on your sites, and encourage everyone who opposes the law’s implementation and supports its defunding to take it for a test drive. Then, demand that the law’s defenders in Washington — as well as those who claim to oppose it but can’t find the courage to support its defunding — explain how they can permit the perverse results the calculator demonstrates to take effect.

You see, Kaiser’s “cool calculator” makes the exact points Robert Rector at the Heritage Foundation and yours truly have been arguing since early 2010 — namely, that the Affordable Care Act will deeply discourage work and virtually any other attempt at financial improvement. It will also throw new obstacles in the way of couples wishing to get and stay married, even to the point of encouraging marital breakups of families with children.

Millions of Americans who do not have employer-provided or other group health insurance arrangements and who don’t purchase private non-Obamacare individual or family coverage before the end of 2013 — something most people don’t realize remains an alternative for just a few more months — will be legally required to enroll in the Affordable Care Act’s health insurance exchanges or to face the penalties now characterized as “taxes.” The number of Americans forced to resort to the exchanges has (per my opinion) been artificially and deliberately juiced by the Obama administration’s illegal decision to delay the imposition of the “employer mandate” until 2015. Many individuals and families who would have qualified for employer-provided coverage if the employer mandate had been enforced in January 2014 will now have to go to the exchanges or face the penalties.

Those who enroll in Obamacare’s exchanges will be subjected to a brand new system of income-based federal taxation (again, their word) over and above Uncle Sam’s existing income and FICA (Social Security and Medicare) tax regimes. This  will include marginal rates for most enrollees ranging from 9.5 percent to 18 percent, along with myriad “cliffs” where premiums — er, taxes — skyrocket when a person or couple earns just one dollar of additional income.

Let’s look at a rate table for a single person with no children under Obamacare’s “Silver” Plan at selected ages (a more complete set of tables is here): The next level is also intriguing, given that Obamacare is supposedly a masterpiece of “progressive” thought. The average marginal rate on earnings between $15,282 and $34,369 is 14.7%. As the footnote above explains (fully illustrated here), “marginal rates vary between 11% and 18% (rounded), and gradually increase as income increases.” But from $34,370 to $45,960 in income, as seen above, the marginal rate drops to 9.5 percent.

Thus, the “tax credits” OFA’s Hannigan thinks are “cool” are regressive, taking a higher percentage of additional earnings from lower-income working class people and a lower percentage from those with mid-range earnings.

Then look at what happens once a single person who is 50 or older hits annual earnings of $45,961. At that point, what remains of those wonderful “tax credits” goes up in smoke. (Speaking of smoke, you won’t believe how steep Obamacare’s tobacco surcharges are. But I digress.) For a 50 year-old single person, dollar number 45,961 causes their annual exchange premium (i.e., “tax”) to increase from $4,366 to $5,390. That’s because what Kaiser calls Obamacare’s “government tax credit subsidy” (they’re also having a hard time with the language) goes from $1,024 to zero. For a 64 year old, a “tax credit subsidy” of $4,688 gets zeroed out. The marginal tax rate on dollar number 45,961 for that person is a whopping 468,800%.

Now let’s look at the Silver Plan situation for a married couple with no children: The song is mostly the same with only the brackets changing, with one big exception: the subsidy losses at the cutoff threshold — in this case, annual earnings of $62,041 — affect every age group, and are far more brutal.

Those looking for a Guinness Book of Records entry for the highest marginal tax rate ever imposed on a significant number of people will probably have to search far and wide to beat the 1,221,400% rate ($12,214 on a $1 income increase) a 64-year-old couple faces on dollar number 62,041 in annual income.

At most earnings levels below the two “cliffs” identified above ($45,961 for singles and $62,041 for married couples), the combined effect of the federal income tax, Obamacare’s “tax credit” reductions, and FICA will cause everyday working Americans to incur marginal federal tax rates ranging from 32 percent to 50 percent: 15 percent to 25 percent income, 9.5 percent to 18 percent Obamacare, and 7.65 percent FICA. Even before considering state and local income taxes, those marginal tax rates are among the highest in the world, and are restricted in most countries to far higher income levels.

Many will conclude that earning extra money isn’t worth it, or will strive mightily to find ways to earn income under the table. This is not the recipe for growing an economy which already more resembles the awful 1930s in key statistical aspects than it does any other economy post-World War II.

Even if they somehow stay motivated while the government is taking one-third to one-half of each additional dollar they earn, what single person in their 50s or 60s who understands all of this is going to move to a new position or accept a promotion which increases their salary from $46,000 to $50,000?

What sane married couple in their 50s or 60s will want to increase their family’s income from $60,000 to $70,000, when doing so means either taking home almost nothing extra or losing money in the bargain?

Is there anything a couple with income in the mid-$60,000 range who will be socked by the $10,000-plus “cliff” illustrated above can do to get around that awful situation?

Well, there is, but — as will be seen in Part 2 — the “best” alternative is something most people would not consider “cool.”