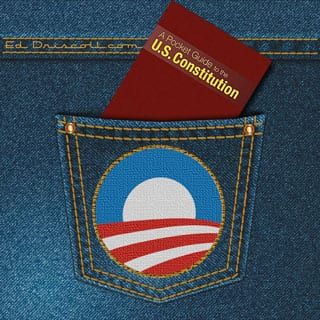 President Barack Obama’s sudden decision — after a 45-minute Friday walk on the White House grounds — to go to Congress for authorization to intervene in Syria is far more than a simple, predictable act of accountability avoidance. Regardless of whether he gets the support to which he and Secretary of State John Kerry apparently feel entitled (amid serious doubts over who has really deployed chemical weapons in that country), Obama’s move has potentially far-reaching negative consequences. Congress must do all it can to avoid them.

The first hint that there is more to this than Obama’s typical politically calculated reluctance to take responsibility for his actions came from long-time left-wing writer Walter Shapiro. Shapiro called Obama’s decision “the most important presidential act on the Constitution and war-making powers since Harry Truman decided to sidestep Congress and not seek its backing to launch the Korean war.” Hardened leftists — who can be counted on to see America as the bad guy in every conflict which legitimately involves American interests, but who wish to shame us into military action when they are not — must be thrilled.

The second clue came during Chris Wallace’s Sunday morning interview of Kerry. The secretary of State and 2004 presidential candidate — who, by the way, has frequently boasted of his service in Vietnam and promoted fabricated stories of atrocities committed there by U.S. troops — was on a mission to declare Obama’s decision to go to Congress “courageous.”

As Kerry attempted an about-face from the sense of urgency he had passionately advocated for just days earlier, Wallace reminded him that the urgency certainly still exists for innocent Syrian civilians and refugees. He then indirectly and perhaps inadvertently made the key bipartisan constitutional point:

There are quite a few other examples Wallace could have cited, such as Reagan’s 1983 decision to invade Grenada and George H.W. Bush’s 1989 decision to send troops into Panama to depose Manuel Noriega. In neither of these cases, nor in the ones Wallace cited above, did our nation’s president consider formal congressional authorization a requirement (in the case of Kosovo — according to Kerry — Clinton tried and failed, but went ahead anyway).

Why? Because the president is the nation’s commander-in-chief. Yet Obama apparently believes now — per Kerry’s words to Wallace — that showing “the best face of our democracy” and “a unity of purpose” is more important than timely action.

If he succeeds in getting the congressional authorization he claims he doesn’t need, that maneuver will set the precedent-setting expectation that a president must seek congressional blessing for all military actions. Obama, whether he means it or not, claims this will be quite a small one: he has been selling the idea of a few strategically targeted cruise missiles “striking military targets not directly related to Syria’s chemical weapons arsenal,” and that this will “probably last no more than two days.” (This is, of course, a reversal of the administration’s Congress-ignoring, law-defying position on Libya. But Libya occurred when Obama had to demonstrate interest in being an accountable commander-in-chief during a reelection campaign. He doesn’t have to worry about that anymore.)

Leftists hope that “should turn to Congress every time” becomes “must turn to Congress every time.” If that occurs, the U.S. will, by virtue of the delays and indecisiveness congressional authorization will inevitably involve, become a much less important force for worldside stability and security. With this precedent set, civilization’s enemies know that they have another three-and-one-half years during which any action of theirs — short of a large-scale direct attack on U.S. interests — will be met by delay, followed by … perhaps nothing. They also know that the next president will have to break that tradition, likely against the wishes of the media.

At least a few people understand what’s going on here. New York Congressman Peter King got it exactly right on Saturday when he said: “President Obama is abdicating his responsibility as commander-in-chief and undermining the authority of future presidents.”

House Speaker John Boehner has already indicated support for a military response. There’s nothing wrong with that. But Boehner and Congress need to make clear in their resolution’s language that what they are providing is only a sense of congressional sentiment and not a formal authorization for use of force.

The president can then take that sense of Congress — which could be for or against, as it really won’t matter — and weigh it in his decision. But it still must be his decision as commander-in-chief. Barack Obama needs to put on his big-boy pants and make it.