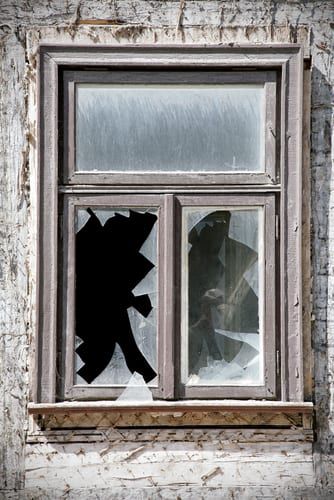 Several post-election developments have already served advance warning on America, or at least the portion paying attention between so-called reality TV shows, that President Obama’s second term will be every bit as dangerous and ultimately disastrous as those of us deeply concerned about the consequences of his reelection warned it will be. I will look at just three of them. There are many others.

Dependency. Blogger Matt Trivisonno first noticed a delay in the release of the USDA’s monthly food stamp enrollment report, which usually occurs near the end of each month, in early October. When it was data-dumped late in the afternoon on Friday, October 5, two days after the first presidential debate (imagine that), it showed that July enrollment had edged up to a then-all-time record.

What should have come out in late October didn’t arrive until November 9, yet another Friday afternoon, three convenient days after the election. It’s now clear that Team Obama deliberately sat on it, as its contents would certainly have become a final-days election issue had they been known. August enrollment exploded by over 400,000 to a record-shattering 47.1 million.

Revised data from the Bureau of Labor Statistics tells us that the economy added 192,000 jobs during that same month. Though that level of monthly job growth, symptomatic of the worst economic recovery since World War II, is still unacceptable, the food stamp rolls should be declining, and they’re not. That’s because the program has morphed from being about temporarily helping the truly needy into a dependency-engendering, vote-buying enterprise.

It should be clear to anyone with their eyes open that even if the economy improves, something Obama seems bound and determined to prevent in action while feigning fealty to that goal in words, we’re doomed to four more years of an unrelenting effort to add objectively not needy recipients to the food stamp and other dependency rolls. Gutting welfare reform, which HHS Secretary Kathleen Sebelius has already seriously compromised with loosened work requirements presented last summer, is a key objective.

Energy. In news naturally ignored by the Associated Press, the Washington Post, the New York Times, and virtually everyone else in the establishment media, The Hill reported late last week that the Interior Department “issued a final plan to close 1.6 million acres of federal land in the West (i.e., 2,500 square miles) originally slated for oil shale development.”

Interior Secretary Ken Salazar and the Environmental Protection Agency plan to spend the next four years using largely phony environmental concerns to prevent the country from seeing affordable energy costs and from achieving long-term net energy independence. The U.S. could accomplish the latter within a decade if the government would, with appropriate oversight, let the oil and gas industry do in the West what it has successfully been doing in North Dakota and Pennsylvania. Indeed, $3 per gallon gas will likely become the economy-inhibiting floor, while any number of geopolitical or weather-related shocks could again send energy prices skyrocketing.

Regulation and cronyism. On October 23, John Hayward at Human Events identified what we would face if Obama won reelection:

Sprinkled through his speeches and debate performances are little hints that he (Obama) plans to double down on everything the American public hates. Solyndra? More to come. Regulation? You ain’t seen nothing yet. Taxes? Not nearly high enough. ObamaCare? Not nearly complicated enough. Medicare? Ignore your lying calculators, it’s just fine the way it is.

Even though many of its regulations don’t go live until 2014, ObamaCare is already holding back the job market. As the Wall Street Journal reported on November 4 (“Health-Care Law Spurs a Shift to Part-Time Workers”):

Several restaurants, hotels and retailers have started or are preparing to limit schedules of hourly workers to below 30 hours a week. That is the threshold at which large employers in 2014 would have to offer workers a minimum level of insurance or pay a penalty starting at $2,000 for each worker.

The reason companies are making these moves now is that the penalty thresholds in 2014 will be driven by reported employment during 2013. The bifurcation of the workforce between those desperately hanging on to full-time jobs and those who can only find part-time or temporary employment (if they’re even that lucky), already well under way during Obama’s first term, is destined to accelerate during his second.

Thus, Obama, no longer needing voter approval, supported by legions of federal apparatchiks, and clearly unconcerned about annoyances like the Constitution’s supposed limits on executive power and authority, now has a four-year open field.

As the ugliness continues to unfold, I certainly hope that the millions of conservatives who chose to stay home, thereby guaranteeing Mitt Romney’s defeat in four states where their presence in numbers comparable to 2004 and 2008 would have given him an electoral vote majority, seriously question their decisions. Jim Geraghty at National Review noted that even in the face of dozens of external and self-inflicted factors leading to his underperformance, Romney could have won the election if a combined 407,000 sideline-sitters would have shown up in Ohio, Florida, Virginia, and Colorado. New Hampshire, Iowa, and Nevada should also have been within reach.

By sitting out what may come to be seen as the most consequential presidential election in almost 150 years — this time potentially fracturing the union beyond repair instead of saving it, as Lincoln’s 1864 reelection did — they have for now forfeited any right to have their complaints taken seriously. If they continue to refuse to engage, it will only get worse.