The Morning Briefing: Spicey's Dancing With the Stars on Liberal Feelings

In case you missed it: former White House Press Secretary Sean Spicer is going to be on the next season of ABC’s “Dancing With the Stars,” which can be a good or a bad thing, depending on how seriously one takes goofy network television fare.

Democrats all across the land are having yet another foot-stomping, snot-bubbling, toddler-esque meltdown, this time because a Republican guy they don’t like is going to be on a television show they’ve never watched.

Predictably, there was the oh-so-stern threat of a boycott, this one from an Obama flack:

You will face a boycott. A big one. Of the show and of your entire network.

And it will be well deserved.

Folks will contact every advertiser you have and demand they stop running ads.

So, good luck with all of that. The only smart move here is to replace him immediately.

(Narrator: Nobody at ABC has any idea who Scott Dworkin is.)

Because ridiculous is what The New York Times does, its television critic decided to devote a thousand or so words to lobby for the American public to make Spicer face ongoing punishment for having the audacity to work for a president not approved by the MSM. This entire piece is predicated upon the premise that Sean Spicer was an integral player in an irreparable harm done to our great nation and should not be allowed to experience joy in any way.

James Poniewozik is the emotionally constipated nit who wrote the article, in which he came perilously close to a moment of self-awareness:

I know it’s not as if ABC just hired Sean Spicer to anchor the evening news. I know I might sound like a humorless scold for attacking the stunt-casting of a silly reality show.

He then goes on to excuse himself by essentially equating everything Spicer did in service of the president with war crimes.

Not to be outdone in the wearisome joy-suck department, Chucky “Daddy Issues” Todd and his “Meet the Press Daily” panel had a discussion that was so overwrought James Poniewozik could have lightened it up.

A little perspective on the people who don’t bother Jimmy, Chucky, and the rest of the angry villagers is important here. This DWTS cast also features a former NBA player who coked himself into a coma while in a whorehouse, and a former NFL player who took a very suspicious plea deal in a murder case after two men were stabbed to death during a fight in which he was involved.

The mental contortions required to make Sean Spicer the devil in this group require quite the vacation from reality.

The cast also includes Supremes legend Mary Wilson, with whom I once had the pleasure of co-hosting a charity event. That has nothing to do with this. Just wanted to name drop.

One of Spicer’s castmates did come to his defense:

I have been trying out the tagline: “Remember: Lefties hate it when you’re happy!” Yeah, I can probably word it better but the sentiment is important.

They are truly miserable people whose only real goal is to become so powerful that they can make everyone miserable.

I’m just not in the mood for that.

That is The New York Times talking about Joe Walsh who, unable to distinguish himself in a sustainable way as a conservative, has become the latest Trump Derangement Syndrome patient to head for the (for now) easy money as a leftmedia lap dog.

Like Anthony Scaramucci, Walsh used to be treated as if he were a drooling moron by the Democrats and their media mouthpieces. Both are now heeling for their masters for what will surely be a brief turn as the popular girls at the dance. The headline alone shows that Walsh himself has no long-term value to the media, they simply want to use a label they once used to deride him to make it seem as if President Trump is losing support on the Right.

From people who are no longer on the Right.

ABC’s moderators for the next Democratic primary debates are going to have you pining for CNN’s Tapper/Lemon hackfest.

“World News Tonight” anchor David Muir — who may or may not be an AI/CGI mashup — will be there for moments when people need a nap. An ABC News correspondent named Linsey Davis will be providing this year’s fresh face.

The cringeworthy half of ABC’s quartet is made up of Univision open borders lunatic Jorge Ramos and the execrable George Stephanopoulos, whose claim to fame as a debate moderator was getting an entire audience to boo him when he asked Mitt Romney if he would ban birth control if elected president. Romney had never said he would, but the media decided to manufacture the talking point. Romney handled it well, but it was sadly the last time he would stand up to the MSM in the 2012 cycle.

VodkaPundit: The Thrill Is Gone? Dems Seem Bored with Their Presidential Candidates

Is It True That ‘Getting Killed by Police Is a Leading Cause of Death for Young Black Men,’ as the LA Times Claims?

Gen Z will not survive the winter: Michigan State Training: Avoid Trigger Words Like ‘But’ and ‘I Apologize’

Has Trump Fulfilled His Promise to Cut Regulations?

I’ll be writing more about this tomorrow: Biden Promises Unions Can Keep Their Health Insurance Plans if He’s Elected

Beto O’Rourke doesn’t differentiate between legal and illegal immigrants, but he wants you to know they prepare your food

Barr: Epstein’s Death Looks Like A Suicide To Us Too

BUT WAIT, THERE’S MORE: A “Stunning Failure”: At Least Eight Prison Officials Were Told Never To Leave Epstein Alone In His Cell

The internet is forever, Ollie: CNN’s Oliver Darcy wonders how FNC would’ve treated Obama had he called himself ‘the chosen one,’ gets treated to some flashbacks

But he won’t register as one: Sanders to Trump: ‘I am a proud Jewish person’ with ‘no concerns about voting Democratic’

WORTH CONSIDERING: Are smartphones holding back tennis’s next generation?

If you like piña coladas: To Save Money, American Patients And Surgeons Meet In Cancun

The MSM is turning on her now: Washington Post: Kamala Harris Has Shifted Positions On Health Care At Least Three Times

THANK YOU: “The president grew animated at times — at various points chastising NBC and The New York Times and CNN”

“What are you in for?” “Couch sitting.”: Man arrested after he’s caught on a stranger’s couch and refuses to leave

March For Our Lives Unveils Their Radical Gun Control Agenda

Schlichter: All The People Who Think They Are Better Than You Are Much, Much Worse

Tlaib And Omar Try To Sneak Into Israel Stacked On Top Of Each Other Inside A Trenchcoathttps://t.co/A2GTDv7smt

We’ve all met guys dumb enough to do this: Men ‘hit on’ naked woman depicted in a 19th-century painting after it’s shared on Facebook

My editor found this for me: 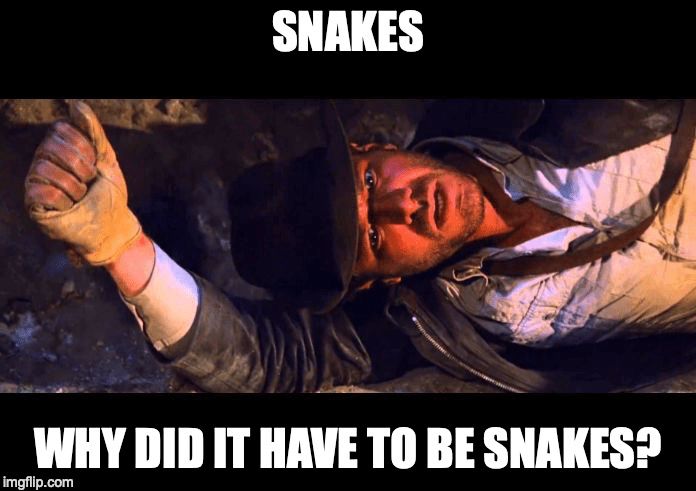 AS PROMISED…actually, this is part 1 of 2 of Rickles’ response, so there will be more tomorrow. This is GLORIOUS though.

Be happy…it irritates all the right people.
___

Stephen Kruiser is the author of “Don’t Let the Hippies Shower” and “Straight Outta Feelings: Political Zen in the Age of Outrage,” both of which address serious subjects in a humorous way. Monday through Friday he edits PJ Media’s “Morning Briefing.”

PJ Media senior columnist and associate editor Stephen Kruiser is a professional stand-up comic, writer, and recovering political activist who edits and writes PJ's Morning Briefing, aka The Greatest Political Newsletter in America. His latest book, Straight Outta Feelings, is a humorous exploration of how the 2016 election made him enjoy politics more than he ever had before. When not being a reclusive writer, Kruiser has had the honor of entertaining U.S. troops all over the world. Follow on: Gab, Parler, MeWe
Read more by Stephen Kruiser
Tags: 2020 PRESIDENTIAL ELECTION DEMOCRATS DONALD TRUMP ENTERTAINMENT MEDIA MEDIA BIAS NEW YORK TIMES SEAN SPICER