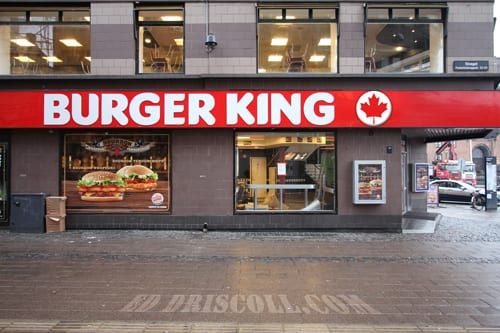 Perhaps the strangest thing about Burger King’s “defection” to Canada is that the restaurant seemed vaguely Canadian for as long as I can remember. America vs Canada, McDonald’s vs Burger King — in each contest it’s an international icon pitted against a smaller, weaker neighbor struggling to nurture its own identity while lacking a clear rationale for its continued existence.

I kid, I kid. In fact, Americans could learn a lot from our neighbors to the north about how to be better Americans. Again.

Let’s start with Burger King, where a company from the country founded in a tax revolt is buying a Canadian fast food chain in order to become a Canadian corporate citizen so that it might, among other things, avoid American corporate taxes, which are the world’s highest and widest-reaching. The inversion is being financed by well-to-do Obama supporter Warren Buffett, and is being decried by left-leaning Americans of slightly more meager means. Some even call it “corporate treason,” even though corporations owe fealty only to their shareholders, who will most likely benefit from the deal.

So what’s this have to do with Canada, eh? I mean no insult to gentle Canadians who would be horrified by the thought, but Canada might have become, well, more American than America is. Leaving aside for the moment their sensible federal corporate tax of just 15%, Canada has been kicking our butt — politely, but still.

Mocking evil dictators has been an almost singularly American pastime, ever since the Three Stooges beat expatriate Englishman Charlie Chaplin to the anti-Hitler punch in 1940. Chaplin’s “The Great Dictator” might be the more famous of the two, but the Stooges released the short “You Nazty Spy!” almost two full months before Chaplin did. But today? Today we must go to Canada for the rich mocking Russian strongman Vladimir Putin so richly deserves.

Geography can be tough. Here’s a guide for Russian soldiers who keep getting lost & ‘accidentally’ entering #Ukraine pic.twitter.com/RF3H4IXGSp

Nicely done, Canada — but not too nice.

You want crazy, out-of-control politicians? America once gave you hard-drinking Louisiana Governor Earl Long, who ran for reelection while living in sin with a professional clothing removal engineer less than half his age. And he won. Can you imagine such a thing happening in 21st century America? Of course not.

But Canada has Rob Ford, the Toronto mayor who has been caught on video smoking crack, hired a violent criminal to coach high school football, and just generally surrounded himself with thugs, creeps, and criminals. And by at least one estimate, he is expected to win reelection.

Adding insult to injury, Ford had to come to our country for his rehab. Canada might not have much to be proud of in the person and career of Rob Ford, but we Americans should be filled with shame, or something like it, that he isn’t ours. Of all the things I never expected to have to get from foreign suppliers, it was electable drunks.

It’s probably just coincidence that all these things are taking place as Canada (quietly, politely) celebrates the 200th anniversary of the burning down of the White House in the War of 1812, during which proto-Canadian forces made easy work of the United States Army. At least I assume they’re doing so politely and quietly, because I’m not sure I want to ask.

To top things off, while the American republic suffers a president who once made a habit of bowing down to kings, queens, assorted foreign dignitaries, and for all I know, smartly-pressed Post Office delivery persons, a quick Google Image Search turned up not one picture of Stephen Harper, the Conservative PM of a British Commonwealth, bowing down to anyone. Instead of bowing to kings, Canada went and poached ours.

Nice move, Canada. Would you mind if I moved in? I think I’d feel right at home, eh.

(Artwork modified from a photo originally shot by Tupungato / Shutterstock.com.)