'This Bully Nature of Government': Tea Party Rallies in Washington Amid IRS Controversy

WASHINGTON – Thousands of protesters descended on the Capitol’s West Lawn on Wednesday to rally against the Internal Revenue Service (IRS) and its targeting of conservative groups.

Backed by more than a dozen lawmakers from the House and the Senate, the “Audit the IRS” event organized by the Tea Party Patriots featured several prominent conservative lawmakers, including Sens. Mike Lee (Utah), Rand Paul (Ky.), and Ted Cruz (Texas); Reps. Michele Bachmann (Minn.) and Dave Camp (Mich.); and members from those Tea Party groups targeted by the IRS.

Paul began his speech by asking the crowd if they wanted to fire some IRS agents.

“Why don’t we start with the 16,000 IRS agents that are going to implement Obamacare?” Paul asked the thousands of gathered Tea Party activists.

“I’m like most Americans, horrified that my government has gotten out of control and is persecuting people for their religious and their political beliefs,” Paul said.

The Kentucky senator also alluded to Lois Lerner, the former director of the IRS tax-exempt organizations unit, saying she had been “doing this for decades” and had refused to testify and help with the hearings. And, while at the Federal Electoral Commission, she had told Republican candidates they needed to quit, so that “we’ll leave you alone, but you need to never run for office again.”

“She’s been using this bully nature of government,” Paul said. “And we’re sick and tired of government bullies, and we need to send them home.”

The rally comes amid ongoing investigations into the targeting of conservative groups applying for tax exempt-status with the IRS.

“I will continue to defend it, and I appreciate your support,” he continued.

Rep. Tim Huelskamp (R-Kan.) told the crowd President Obama had an “awful lot in common” with Richard Nixon. He also gave the president the moniker “Barack O’Nixon” because of the similarities of the recent scandals to Watergate.

“The Republicans in the House, we must use our majority, our subpoena power,” he said. “To expose the cancer that is growing in that house, and this presidency.”

Cruz also compared President Obama to Nixon, saying, “President Obama needs to tell the truth. When Richard Nixon tried to use the IRS to target his political enemies, it was wrong, and when the Obama administration does it, it’s still wrong.”

Camp, chairman of the House Ways and Means Committee, promised to continue the probes into the IRS story.

“We will get answers. It will take time, but we will get the facts, and we will follow them wherever they lead,” Camp said.

The top Republican lawmakers on the House Oversight and Government Reform Committee said last week they planned to get to the bottom of the issue.

Maryland Rep. Elijah Cummings, the panel’s top Democrat, released the transcripts on Tuesday of an interview the committee conducted with a self-described “conservative Republican” IRS manager in the IRS office in Cincinnati. He told the committee that he flagged the first application for tax-exempt status from a Tea Party group because it was a new, high-profile issue and had received media attention.

Cummings had accused Rep. Darrell Issa (R-Calif.), the panel’s chairman, of selectively choosing details from the testimony to support the Republicans’ argument that the IRS targeting practice came from Washington. After releasing the interview transcripts, Cummings said it debunked the GOP “conspiracy theories” that the White House had orchestrated the IRS scrutiny of the conservative groups.

Issa immediately condemned the release of the transcripts, saying Americans should be outraged by Cummings’ effort to “obstruct needed oversight.”

“I am deeply disappointed that ranking member Cummings has decided to broadly disseminate and post online a 205-page transcript that will serve as a road map for IRS officials to navigate investigative interviews with Congress,” Issa said in a statement.

Issa has released excerpts from some interviews with IRS workers, but resisted calls to release the full transcripts.

The transcripts of congressional investigators’ conversations with Holly Paz, a former Washington based manager working under Lerner, were also released this week. The investigations show that Paz was personally involved in reviewing Tea Party applications for tax-exempt status as far back as 2010.

Paz gave statements contradicting “initial claims by the agency that a small group of agents working in an office in Cincinnati were solely responsible for mishandling the applications,” according to a report by the Associated Press. 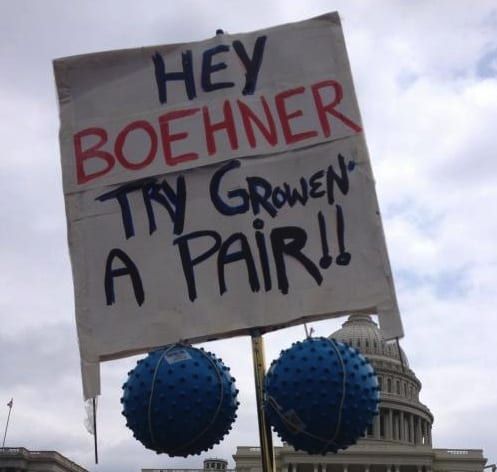