(Read about the first Sura here.)

Smell that? It’s Satan passing gas — the Qur’an’s second chapter must be being recited!

When you see the title of the Qur’an’s second chapter, Al-Baqara (“The Cow”), you might be tempted to think that it’s about . . . a cow. You’d be wrong. The chapters of the Qur’an generally take their titles from something recounted within them, even if it’s an insignificant detail. In this case, the chapter name comes from the story of Moses relaying Allah’s command to the Israelites that they sacrifice a cow (2:67-73), one of the Qur’an’s many stories from the Bible and Jewish tradition, altered and retold.

This is the longest chapter (sura) of the Qur’an — 286 verses. It begins the Qur’an’s general (but not absolute) pattern of being organized not chronologically or thematically, but simply running from the longest to the shortest chapters, with the exception of the Fatiha (sura 1), which has pride of place as the first sura because of its centrality in Islam.

This means that you should not take “The Cow” as the original, first, or primary message of Islam, simply because of its position. According to Islamic tradition, it actually dates from the latter part of Muhammad’s career, as it was revealed to Muhammad at Medina — to which he is supposed to have fled from Mecca in the year 622. In Medina for the first time, Muhammad became a political and military leader.

Islamic theologians generally regard Medinan suras as taking precedence over Meccan ones wherever there is a disagreement, in accord with verse 106 of this chapter of the Qur’an, in which Allah speaks about abrogating verses and replacing them with better ones. (This interpretation of verse 106, however, is not universally accepted. Some say it refers to the abrogation of nothing in the Qur’an, but only of the Jewish and Christian Scriptures. More on that later.)

“The Cow” contains a great deal of important material for Muslims, and is held in high regard. The medieval Qur’anic commentator Ibn Kathir (whose commentary is still read and respected by Muslims) says that recitation of “The Cow” distresses Satan: he says that one of Muhammad’s early followers, Ibn Mas’ud, remarked that Satan “departs the house where Surat Al-Baqarah is being recited, and as he leaves, he passes gas.” Without Ibn Mas’ud’s poor taste, Muhammad himself says: “Satan runs away from the house in which Surah Baqara is recited.”

What Is Included in the Second Sura of the Qur’an?

“The Cow” begins with three Arabic letters: alif, lam, and mim. Many chapters of the Qur’an begin with three Arabic letters in this way, which has given rise to a considerable amount of mystical speculation as to what they might mean. But the Tafsir al-Jalalayn, another classic Qur’anic commentary, succinctly sums up the prevailing view: “God knows best what He means by these [letters].”

The verse immediately following those letters contains a key Islamic doctrine: “This is the Book about which there is no doubt.”

The Qur’an is not to be questioned or judged by any standard outside itself; rather, it is the standard by which all other things are to be judged.

The Qur’an Is Never To Be Doubted

That, of course, is not significantly different from the way many other religions regard their Holy Writ. But there has been no development in Islam of the historical and textual criticism that have transformed the ways Jews and Christians understand their scriptures today. 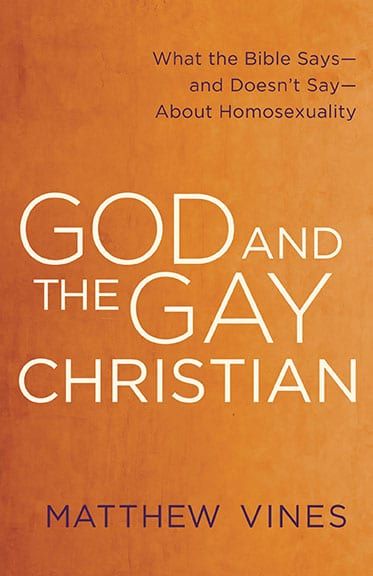 The Qur’an is a book never to be doubted, never to be questioned: when one Islamic scholar, Suliman Bashear, taught his students at An-Najah National University in Nablus that the Qur’an and Islam were the products of historical development rather than being delivered in perfect form to Muhammad, his students threw him out of the window of his classroom.

The Condemnation of Nonbelievers

“The Cow” then gets going with something we find again and again and again in the Qur’an: an extended disquisition on the perversity of those who reject belief in Allah. This one sounds several themes that will recur many, many times. The Qur’an, we’re told, is guidance to those who believe in what was revealed to Muhammad as well as in “what was revealed before” him (v. 4).

This refers to the Qur’an’s oft-stated assumption that it is the confirmation of the Torah and the Gospel, which teach the same message Muhammad is receiving in the Qur’anic revelations (see 5:44-48). When the Torah and Gospel were found not to agree with the Qur’an, the charge arose that Jews and Christians had corrupted their Scriptures — which is mainstream Islamic belief today.

The moderate Muslim Qur’an translator and commentator Muhammad Asad, a convert from Judaism, states it positively:

The religion of the Qur’an can be properly understood only against the background of the great monotheistic faiths which preceded it, and which, according to Muslim belief, culminate and achieve their final formulation in the faith of Islam.

Another theme in this part of “The Cow” is Allah’s absolute control over everything, even the choices of individual souls to believe in him or reject him:

“Indeed, those who disbelieve — it is all the same for them whether you warn them or do not warn them – they will not believe. Allah has set a seal upon their hearts and upon their hearing, and over their vision is a veil. And for them is a great punishment.” (vv. 6-7).

Free Will Is Anathema

The Qadaris, a Muslim sect early in Islamic history, held that mankind had free will, and was thus capable of choosing to do good or evil. Their opponents maintained that Allah determined everything. While both sides had abundant Qur’anic citations to support their views, eventually Muslim authorities condemned Qadarism as a heresy, as it restricted Allah’s absolute sovereignty over all things. Thus those who reject faith do so because Allah wills them to reject faith, as per these verses, not because they have free choice. Says Ibn Kathir:

“These Ayat [verses] indicate that whomever Allah has written to be miserable, they shall never find anyone to guide them to happiness, and whomever Allah directs to misguidance, he shall never find anyone to guide him.” (A good, brief overview of the Qadari controversy can be found in the renowned Islamic scholar Ignaz Goldziher’s Introduction to Islamic Theology and Law.)

“The Cow” follows this up with a condemnation of hypocrites and false believers, who frequently bedeviled Muhammad during his career as a prophet (vv. 13-20). Then comes the assertion of the sublimity of the Qur’an, such that doubters are challenged to produce a sura like it if they refuse to believe its divine provenance (v. 23). This is a challenge many have taken up, but of course it is the kind of challenge that can never be successfully met in the eyes of those who issue it — “they could not produce the like of it” (17:88).

The Virgins in Paradise And the Story of Adam And Eve

2:25 introduces the famous gardens of Paradise, wherein the believers shall reside — you know the ones, with the virgins and all that. More on that later.

Then 2:30-39 tells the story of Adam and Eve, in a manner suggesting that the hearers of the recitation are already familiar with the story. Allah tells the angels to prostrate themselves before Adam (v. 34), a command that appears to depend upon the Biblical notion of mankind’s having been created in the image of God, although that idea does not appear here or anywhere else in the Qur’an or Islamic theology. According to Ibn Kathir, “Allah stated the virtue of Adam above the angels, because He taught Adam, rather than them, the names of everything.”

Satan refuses to prostrate himself, thereby becoming an unbeliever (v. 34), and tempts Adam and Eve with the forbidden fruit. Allah promises revelations to guide mankind, warning them that those who ignore these revelations will be punished with hellfire.

We’ll be hearing that many, many more times as we go through the Qur’an.

Robert Spencer is the director of Jihad Watch and a Shillman Fellow at the David Horowitz Freedom Center. He is author of 21 books including many bestsellers, such as The Politically Incorrect Guide to Islam (and the Crusades), The Truth About Muhammad and The History of Jihad. His latest book is Did Muhammad Exist?: An Inquiry into Islam's Obscure Origins―Revised and Expanded Edition. Follow him on Twitter here. Like him on Facebook here.
Read more by Robert Spencer