After tens of thousands of Germans participated in rallies organized by Patriotic Europeans Against the Islamization of the West (PEGIDA), German Chancellor Angela Merkel denounced them, claiming that when they chanted “We are the people,” they really meant, “You don’t belong — because of your religion or your skin color.” With one-third of Germans supporting the rallies, that’s either an awful lot of racists or Merkel is making a disastrous mistake in demonizing this movement. And she is, of course: Islamization is not a race, and it is not racist or xenophobic to oppose it.

Merkel herself should know better, for these reasons:

5. The German government has already shown its understanding of this problem to be faulty.

But “Islamist terrorism” arises from Islam. Or does Schaeuble think it is just as likely to emerge from the Lutheran churches as from the mosques? How does Schaeuble propose to separate the Islam that he considers benign from the Islamist terrorism he regards as malignant? He doesn’t say, and probably doesn’t have any idea how to do so — if he has ever seriously considered the question at all.

Schaeuble’s distinction is obviously based more on wishful thinking than reality. Merkel is foolish to perpetuate this willful ignorance – particularly since she has shown more sense in the past: 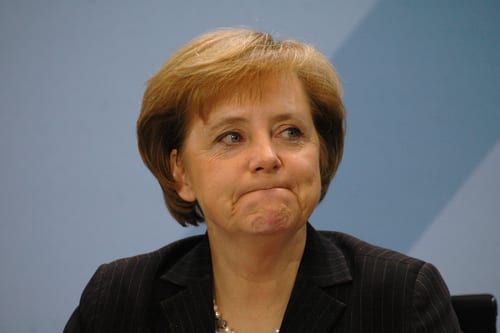 4. Merkel herself acknowledged that multiculturalism was a failure.

Back in October 2010, Merkel declared: “This multicultural approach, saying that we simply live side by side and live happily with each other has failed. Utterly failed.”

She was right, of course: multiculturalism has indeed failed, as it was always destined to do, for from the start it was based on false assumptions: the idea that all cultures are equivalent and teach essentially the same values; that words such as “freedom” and “justice” mean the same things to all people worldwide; and above all, that the Qur’an and Sunnah contain nothing that isn’t fully compatible with Western constitutional freedoms and principles of human rights.

No amount of money that Western leaders commit to this idea will change the fact that these assumptions are not true, and that a society built upon them is bound to falter in one way or another.

3. PEGIDA is not a neo-Nazi movement.

Yet “PEGIDA organizers,” according to the Associated Press, “insist they are protesting only against extremism and not against immigrants or Islam itself,” and maintain that they are not Nazis. However, adds AP, “the demonstrations have received support from far-right groups, prompting concerns that anti-foreigner sentiment might be rising.”

The Left’s search for crypto-Nazis has been relentless since even before William F. Buckley threatened to sock Gore Vidal for calling him one on national television. Most of those they have accused, with zeal far surpassing any Joe McCarthy ever mustered for ferreting out Communists, have been entirely innocent of the charge, as is PEGIDA: in standing against Islamization, PEGIDA is standing for the equality of rights of women with men, and of non-Muslims with Muslims, and for the freedom of speech and the freedom of conscience. Those opposing their defense of these basic Western principles are far closer to the Nazis than they are. 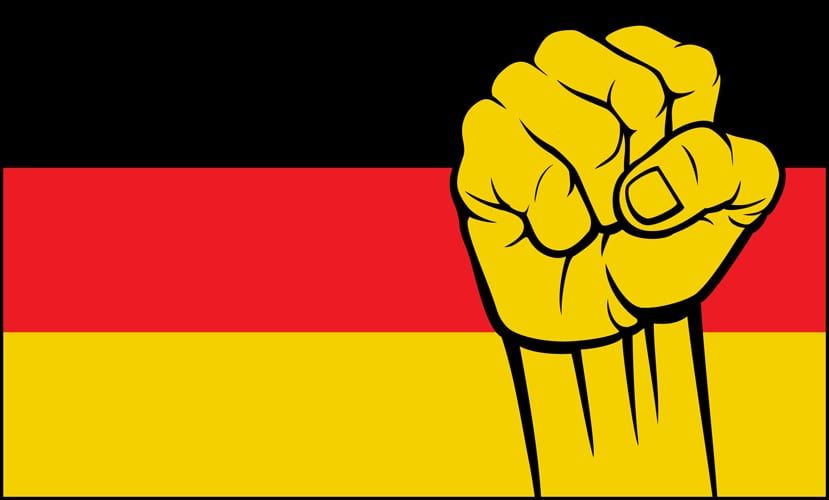 2. Germany has a real problem.

German officials have estimated that there are around a thousand Muslims in Germany who support Islamic jihad terrorism. Some of them act: in October, Muslims burned down the St. Athanasius and St. Shenouda Coptic Orthodox Church in Berlin. That same month, German Justice Minister Heiko Maas revealed: “There are by now legal proceedings against more than 200 suspects in connection to Islamic State.”

Muslims have been robbing churches to get money to support the jihad in Iraq and Syria. In December, Muslims closed a mosque in Bremen that was recruiting young Muslims to join the Islamic State. On Christmas Eve, Muslim youths stormed into a church in Moenchengladbach and shouted, “shit Christians.” That same night in Cologne, a man was stabbed in the head for shouting “Merry Christmas” in a Muslim-dominated area.

To dismiss concern for all this as “racism” and “xenophobia” is foolhardy and short-sighted. 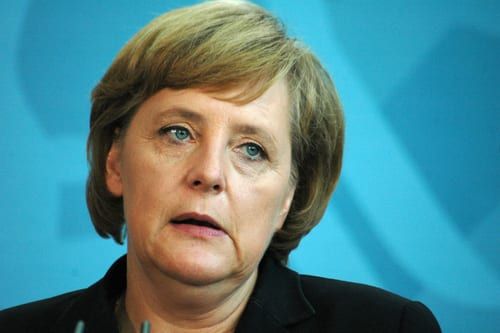 1. It is always a mistake to dismiss large movements with legitimate concerns.

It is the same story again and again and again: any voice raised against a political and social system that mandates the end of the freedom of speech and the freedom of conscience, and second-class status for women and non-believers, is consigned to “bigotry,” “hatred,” “racism,” “nativism,” “xenophobia,” etc. Those who make these charges never point to someone and say, “This person is engaging in valid criticism of Sharia and jihad terror, without tipping over into bigotry” — although the Hamas-linked Council on American-Islamic Relations (CAIR) and others have claimed that there are such people, they have never named one, and I think it is safe to say that they never will, because for years now Hamas-linked CAIR and its allies have leveled these charges against people (including me) who were not in the least bigoted, racist, hateful or xenophobic. In reality, they tar anyone and everyone, without exception (remember Bill Maher?) with these labels if he or she dares to stand for a society that guarantees equality of rights of all people before the law, as opposed to Sharia.

The effect of this has been what I suspect was the intended effect all along: to intimidate large numbers of people (including the political and media elites) into thinking that they must not stand too strongly against Sharia, jihad terror and Islamic supremacism, because if they do, they’ll be smeared with the “bigotry” charge, which will result in their professional (and possibly personal) demonization, marginalization, and isolation.

In refusing to acknowledge that critics of Sharia oppression and jihad terror have any valid point at all, the elites are becoming increasingly out of touch with the masses of people, who have to live with the consequences of the policies they foist upon us. By here refusing to acknowledge that PEGIDA has any valid reason to be concerned about anything regarding immigration and the Islamization of Germany, Merkel is not solving the problems that PEGIDA is calling upon her government to address. Those problems will not go away. And by foreclosing on an honest public discussion of them, Merkel is only fostering resentment among those who know the problems are real and aren’t just a question of “bigotry,” and emboldening the exponents of Islamization to become more aggressive, knowing that the government will not stand against them. All this ultimately makes it harder for there to be a resolution to these problems that doesn’t involve a serious disruption of German society.

Merkel is not alone in this, of course. She is just a clone of Cameron and Obama and Hollande and so many others. History will look back on them, if free people still exist to take that look back, as those who squandered the patrimony of Western civilization and destroyed free society in the interests of chimeras, myths, half-truths, and comforting fictions.

image illustrations via  Tribalium /  360b / Shutterstock.com