5 New Assaults on Freedom of Speech Around the World

Freedom of speech is under all manner of attack these days, and the assault upon it made significant advances last week.

Americans should take note. Barack Obama’s notorious post-Benghazi declaration that “the future must not belong to those who slander the prophet of Islam” is essentially a call for the U.S. to censor itself and voluntarily restrict our freedom of speech so as not to say anything that offends Muslims.

To go down this road would be the end of the U.S. as a free society. Restriction of the freedom of speech creates a protected class (whichever group cannot be criticized), thereby destroying the principle of equality of rights for all people before the law, and paves the way for tyranny by making it possible to criminalize dissent.

Islamic organizations, led by the 57-government Organization of Islamic Cooperation (OIC), have for years been trying to intimidate the West into criminalizing criticism of Islam, so as to render us mute and defenseless in the face of the advancing jihad. They are trying to force the free West to accept Islamic restrictions on speech that is considered “blasphemous,” under the guise of “hate speech” laws. Consequently, the Muslim countries that are enforcing blasphemy laws with increasing frequency and openness are illustrating what could be in store for the West if Obama and the OIC get their wishes.

Here are five of last week’s assaults on the freedom of speech worldwide:

Bollywood star Veena Malik, a Pakistani citizen, and her husband were sentenced last Tuesday to twenty-six years in prison for “blasphemy,” for the crime of dancing together on a television show as an Islamic religious song was being sung. Malik nonetheless maintains a touching, if fantastically misplaced, confidence in her country’s justice system: “It’s a shock to me but I have complete faith in Pakistan’s higher courts and judiciary.… This court works separately from the other courts in Pakistan. There are higher courts in Pakistan such as the Supreme Court.”

Veena Malik is higher-profile than Asia Bibi, a Christian woman awaiting execution on blasphemy charges, and other victims of Pakistan’s blasphemy laws. Maybe this will finally lead to an international outcry sufficient to get them repealed. But it probably won’t: that would be “Islamophobic.” 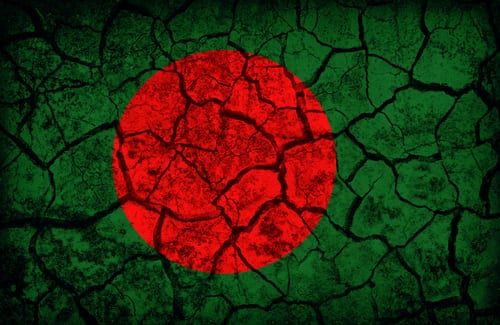 Bloomberg reported Tuesday that “a former member of Bangladesh Prime Minister Sheikh Hasina Wajed’s cabinet surrendered to police after he was accused of offending Muslims.” Abdul Latif Siddique, the former Bangladeshi telecommunications minister, was arrested for daring to say that “during Hajj, so much manpower is wasted. More than two million people have gone to Saudi Arabia to perform Hajj. They have no work, no production.”

For that, 22 separate police cases were filed against Siddique, and the Bangladeshi Islamic supremacist group Hefajat-e-Islam is calling for his blood, demanding that he be executed for his remarks and threatening to besiege the Bangladeshi capital of Dhaka if he isn’t. 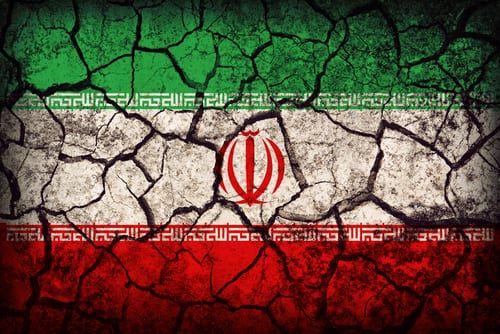 An Iranian appeals court has upheld a death sentence given to Soheil Arabi, accused of insulting Muhammad on Facebook.

This kind of assault on the freedom of speech would never happen in the free West. If Soheil Arabi insulted Muhammad in the United States, he would just be rebuked for his “bigotry” and “intolerance,” and held up as an example of how racism is still pandemic in American society. There would be head-shaking articles in Salon and the Huffington Post about how “Islamophobia” was on the rise. He would be condemned as a neocon, Zionist agent of U.S. imperialism.

But Western countries wouldn’t sentence him to death. They believe in the freedom of speech! 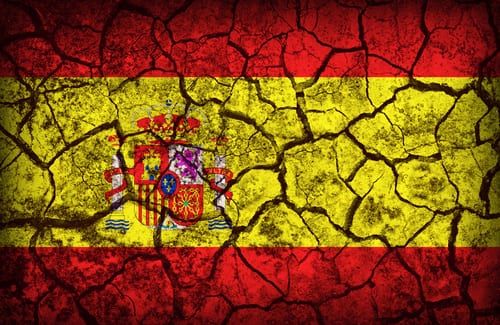 2. Spain: Ex-Muslim to be deported to Muslim country for criticizing Islam

Imran Firasat is a Pakistani ex-Muslim who is facing deportation for criticizing Islam. Criticizing Islam isn’t illegal in Spain (yet), but Spanish officials consider it a threat to national security. And so Spain, which granted Firasat asylum in 2006 after Pakistan sentenced him to die for criticizing Islam, is now following Pakistan’s lead.

Firasat will, of course, be killed as soon as he arrives in a Muslim country. But Spanish officials seem so desperate to appease their increasingly aggressive Muslim population by enforcing Sharia blasphemy restrictions upon the freedom of speech that they are willing to sacrifice Imran Firasat’s life.

Donna Rachel Edmunds reported Wednesday at Breitbart that “a UK Independence Party peer, Lord Pearson, has been reported to the Speaker of the House of Lords, Lady D’Souza, for suggesting in a debate in the House that Lee Rigby’s killers had drawn inspiration for their attack from the Koran.” Pearson said,

My lords, are the government aware that Fusilier Rigby’s murderers quoted 22 verses of the Koran to justify their atrocity? Therefore, is the Prime Minister accurate or helpful when he describes it as a betrayal of Islam? Since the vast majority of Muslims are our peace-loving friends, should we not encourage them to address the violence in the Koran – and indeed in the life and the example of Muhammad?

Virtually everybody has condemned – and I, again, for the record condemn – the atrocious attack on Lee Rigby. This [intervention by Pearson] is just complete nonsense. Obviously he hasn’t read the Koran. Islam is about submission to the Almighty. It is not about war against anybody else.

Mahmood fumed, “I find it absolutely offensive that this guy is still able to say this,” and he moved to make sure no one would again be able to do so. “I will actually tomorrow,” he said, “make a complaint formally to the Lords speaker on this issue. This is not tolerable and it should not be tolerated at all.”

Yet Pearson was right. One of Rigby’s murderers, Mujaahid Abu Hamza, aka Michael Adebolajo, said he was inspired by the Qur’an, and did indeed supply a list of Qur’an verses that he believed justified the murder. In response, Khalid Mahmood did not offer an alternative explanation of the passages Mujaahid Abu Hamza cited. Instead, he simply demanded that this discussion be foreclosed.

If Lord Pearson is censured or punished for this, it will be yet another sign of Britain’s imminent demise – and a new success for the ongoing assault on the freedom of speech.

Robert Spencer is the director of Jihad Watch and a Shillman Fellow at the David Horowitz Freedom Center. He is author of 23 books, including many bestsellers, such as The Politically Incorrect Guide to Islam (and the Crusades), The Truth About Muhammad and The History of Jihad. His latest book is Did Muhammad Exist?: An Inquiry into Islam's Obscure Origins―Revised and Expanded Edition. Follow him on Twitter here. Like him on Facebook here.
Read more by Robert Spencer