At last, moderate Islam! The Hamas-linked Council on American-Islamic Relations (CAIR) and the Fiqh Council of North America held a press conference in Washington on Wednesday at which they announced with great fanfare that they had refuted the religious ideology of the Islamic State. They issued this lengthy “open letter” (not, interestingly enough, a fatwa) addressed to the Islamic State’s caliph Ibrahim, Abu Bakr al-Baghdadi, explaining how he was misunderstanding Islam. The international media is, predictably, thrilled, but unfortunately, and not surprisingly, there is less to it than meets the eye. In fact, the “moderates” who signed on to this open letter have ended up endorsing elements of Islam that most non-Muslim Westerners consider to be “extremist.”

The fact that this is not an Islamic case against the Islamic State’s jihad terror that will move Islamic State fighters to lay down their arms, but rather a deceptive piece designed to fool gullible non-Muslim Westerners into thinking that the case for “moderate Islam” has been made, but which will not change a single jihadi’s mind, is clear from the outset from the involvement not only of Hamas-linked CAIR, but also from some of the 126 signers.

These include Professor Mustafa Abu Sway, the integral professorial chair for the Study of Imam Ghazali’s Work, Jerusalem — and a Hamas activist; Dr. Jamal Badawi, an unindicted co-conspirator in the Holy Land Foundation Hamas terror funding case; Mustafa Ceric, former grand mufti of Bosnia and Herzegovina, who has called for Sharia in Bosnia; Professor Caner Dagli, a venomously hateful Islamic apologist at Holy Cross College in Worcester, Massachusetts, who traffics in Nazi imagery about “unclean” unbelievers; Ali Gomaa, former grand mufti of Egypt, who endorses wife-beating, Hizballah, and the punishment of apostates from Islam; Hamza Yusuf Hanson, founder and director of Zaytuna College, USA, who blamed the West for Muslim riots over a teddy bear named Muhammad; Ed Husain, senior fellow in Middle Eastern Studies for the Council on Foreign Relations, who recently claimed that seizing British jihadis’ passports so that they couldn’t return to the UK from the Islamic State would only create more jihadis; Muhammad Tahir Al-Qadri, founder of Minhaj-ul-Qur’an International, Pakistan, who drafted Pakistan’s notorious blasphemy law and issued his own disingenuous and hypocritical Fatwa Against Terrorism; and Muzammil Siddiqi, chairman of the Fiqh Council and former head of the Hamas-linked Islamic Society of North America (ISNA).

Hardly a group that inspires confidence in their “moderation.”

And in the course of their very lengthy open letter, they endorse these six elements of what is usually considered to be “extremist” Islam: 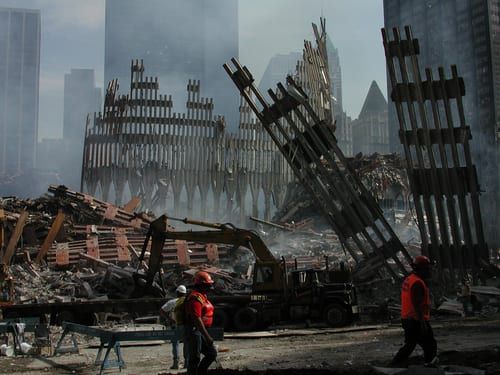 “All Muslims see the great virtue in jihad,” says the open letter. It repeatedly stresses that jihad warfare is strictly defensive. “There is no such thing,” the scholars assert, “as offensive, aggressive jihad just because people have different religions or opinions. This is the position of Abu Hanifa, the Imams Malik and Ahmad and all other scholars including Ibn Taymiyyah, with the exception of some scholars of the Shafi’i school.”

The Shafi’i school is one of the four great schools of Sunni jurisprudence. If some Shafi’i scholars allow for “offensive, aggressive jihad just because people have different religions or opinions,” can it really be said to be un-Islamic? Are the scholars pronouncing takfir on the Shafi’i school? Or just deceiving gullible non-Muslims? The answer is clear.

What’s more, restricting jihad to defensive warfare looks even worse in light of the fact that in Sunni Islamic law, only the caliph has the authority to declare offensive jihad, but defensive jihad is obligatory upon all Muslims when a Muslim land is attacked, and need not be declared by anyone. So since the caliphate was abolished in 1924 to this day (except for those who accept the Islamic State’s caliphate claim), all jihad attacks, even 9/11, have been cast by their perpetrators as defensive – hence the jihadist tendency to retail long lists of grievances when justifying their actions. 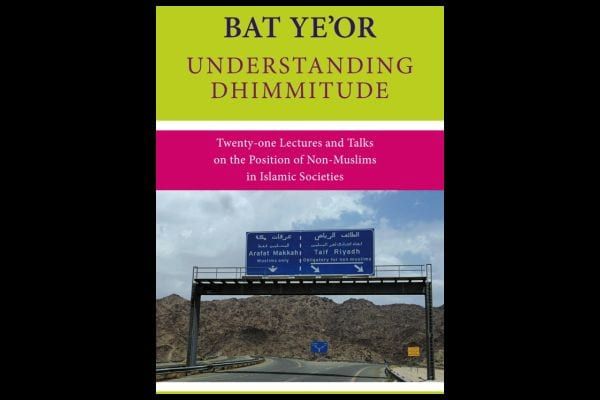 “Regarding Arab Christians,” the scholars remind the Islamic State caliph, “you gave them three choices: jizyah (poll tax), the sword, or conversion to Islam.” Jizya is the tax specified in the Qur’an (9:29) to be levied on “the People of the Book” as a sign of their dhimmitude, their subjugation and submission to Muslim hegemony. This, the scholars say, was wrong, because “these Christians are not combatants against Islam or transgressors against it, indeed they are friends, neighbours and co-citizens. From the legal perspective of Shari’ah they all fall under ancient agreements that are around 1400 years old, and the rulings of jihad do not apply to them.”

However, then the open letter asserts that “there are two types of jizyah in Shari’ah (Islamic Law)”: the first “applies to those who fought Islam,” but the second “is levied on those who do not wage war against Islam.”

In any case, the “moderate” scholars are apparently fine with a religion-based poll tax, a sign of the subjugation of the religious minority, in an Islamic state. In this the authors also contradict their earlier claim that jihad is only defensive; now “those who do not wage war against Islam” are to be made to pay the jizya, which results from Muslims fighting the People of the Book: “Fight those who believe not in Allah nor the Last Day, nor hold that forbidden which hath been forbidden by Allah and His Messenger, nor acknowledge the religion of Truth, (even if they are) of the People of the Book, until they pay the Jizya with willing submission, and feel themselves subdued.” (Qur’an 9:29)

3-5. Stoning for adultery, amputation for theft, execution of apostates

Hudud refers in Islamic law to the punishments fixed by Allah himself for serious crimes, including the stoning of adulterers, the amputation of thieves’ hands, and the execution of apostates from Islam. While Islamic apologists in the U.S. routinely claim that these punishments are not really part of Sharia or Islam at all, these scholars say: “Hudud punishments are fixed in the Qur’an and Hadith and are unquestionably obligatory in Islamic Law.” Their only quibble with the Islamic State is that they have been cruel and merciless in applying these punishments.

“There is agreement (ittifaq) among scholars,” say the scholars, “that a caliphate is an obligation upon the Ummah.”

A caliphate is an obligation. That is, Muslims should strive to establish a single multinational, multiethnic empire, to which alone they owe political loyalty – in other words, they owe no loyalty to the nations in which they currently reside.

This is a notable and extremely important admission. The Islamic State is appealing to so many young Muslims in the West because of its claim to reconstitute the caliphate. Caliphates are established and sustained on the principle of Might Makes Right. If the Islamic State sustains itself and survives, more and more Muslims will pledge allegiance to it.

To be sure, Hamas-linked CAIR and the Fiqh Council and all the signers of this open letter really do oppose the Islamic State. But they don’t oppose it because it is transgressing against the commands of what they believe to be a religion of peace. They oppose it because they want to establish a caliphate under the auspices of or led by the Muslim Brotherhood, and the Islamic State constitutes competition. This is clear from their sly endorsements in this document of jihad, the Sharia, and the concept of the caliphate. But with so many infidels so eager to be fooled, their work is easy.