The Victim Factory: Occupy Wall Street and The Left's Culture of Crime 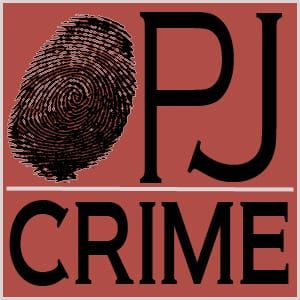 While the big story in conservative circles is the stunning amount of criminality coming out at the Occupy Wall Street protests, I’m shocked there hasn’t been more. The Occupy protesters are — by and large — downwardly mobile, sheltered, white drug users who have joined a variety of fringe movements and refuse to cooperate with police in any criminal matters. In the highly politicized blogosphere where most of these stories are being broken we often call people like these “radicals” or “revolutionaries,” but in the real world they are known by another name.

I often describe the mainstream Left in this country as a cult — and it is. But a better description for the Left is a victim factory. We have allowed the Left to indoctrinate generation after generation of our youth into a worldview designed to create a dependent, addicted, rudderless population adrift in a sea of moral relativism. That the Left does this to create lifelong clients of the authoritarian state they dream of is a moot point because the real danger in this country isn’t that leftists can succeed in overthrowing America, but that the byproduct of their plan is the social chaos that comes from the criminality their learned weakness encourages. Leftism extols the supposed virtue of moral, emotional, and physical weakness; it applauds those who remain dependent on the largess of others all the while vilifying the very ideas of self-reliance, honor, and morality. It teaches that crime is caused not by moral failings but by income inequality. At Occupy Wall Street we see the truth about crime.

Crime is driven by the criminals’ belief they can get away with it.

Next: Like lions targeting the weakest, sickest wildebeest in the pack…

Put yourself in the shoes of a criminal for a second. Fifty+ years of Marxism has produced frail, helpless adult children with drug habits and no ability or desire to ensure their own health and safety. Many are rich but take that wealth for granted. All have no sexual or moral boundaries they are willing to publicly share. And now they’re camping out in makeshift tent cities where they won’t allow police.

The Occupy protests are the “utopia” that the Left has always desired, populated by people with so little survival instinct that many of them showed up to a protest in the Fall without cold weather gear – even though they planned on staying indefinitely.

I read about one of the numerous rapes in a Joel Pollak piece at Big Government:

There are many incidents of sexual touching and groping that goes unreported to us, mainly because the alleged victim is either too stoned or high to properly ID them or they “dont want to get the guy in trouble.”  One girl, with hickeys all over her neck was brought to us and claimed she was raped….She said she had gotten high and had sex with one guy then sex with the other guy, but when guy #3 tried, she rebuffed him. She later got stoned somewhere else and returned to her place where guy #3 came back and had sex with her (she thinks) but she remembers blacking out and him leaving and her pants off.

Surprise! Predators prey on drug abusers. In the real world this is common knowledge, but among young leftists it’s some sort of shock to find that criminals prey on people who are vulnerable. The worst part of this story is the victim seemingly doesn’t even realize that guy #1 and #2 were probably in on the whole thing. The idea that men who want to get you high simply want to take advantage of you in some way is totally foreign to her, thus she ends up a victim. And she will continue to be victimized.

But is that her fault? She didn’t raise herself. Who taught her that hopping from crotch to crotch at a glorified hippie festival was safe? Who taught her that anonymous sex was empowering? Who taught her drug use was a “victimless crime”? Who taught her living in a makeshift, police-free commune, where professional leftists are busing in homeless people, in one of the most dangerous cities in America was a good idea? This young woman is a product of leftist parenting, leftist education, and leftist culture. Her formative years were spent being molded into the perfect victim for a degenerate in Zuccotti Park.

It is no wonder that criminals flock to these protests, which are little more than chum in the water for the sharks that swim the streets of every major city. We have a huge pool of victims — and worse, collaborators — who allow and even encourage criminality while giving no help to the victims. Video has been circulating for weeks now of rape and sexual assault victims coming forward claiming the organizers either turn a blind eye to abuse or discourage reporting crime to police. Once the word on the street was that these protests were target rich environments, criminals of all stripes flocked there.

Richard Armstrong was caught in the Occupy Dallas camp having molested a 14-year-old girl. The girl told police she led Armstrong to believe she was 19. This dubious story seems unlikely since Armstrong was already a registered sex offender after he forcibly raped a teen in 2009 — who happened to be 14. In true hug-a-thug justice style, Armstrong was sentenced to probation and “treatment” for that crime. He was soon thrown out of treatment when he failed a polygraph test and it was found that he had “contact” with another underage girl while he was being “rehabilitated.”

I guess meeting a 14-year-old runaway at a Marxist-run tent city was just a coincidence.

And I assume it’s a coincidence that a 23-year-old human trafficker named Justina Jensen just happened to meet a 16-year-old runaway at a New Hampshire Occupy protest. Jensen took the girl under her wing — and back to her apartment which was a whorehouse that advertised “adult parties” on the web. The child’s relatives found the girl being advertised as “Jewel” on the site and set up a sting that helped cops nab Jensen. It was found Jensen had pimped out children before in New York City.

Could it be that child molesters and pimps know that these protests will be filled with runaways who are often troubled children with a history of abuse, drug addiction or both? Could it also be that rapists, thieves, child molesters, and drug dealers will flock there because they know that the people surrounding their victims have no desire or ability to stand up against criminality and will actively work to thwart the police?

Finally: Preparing the lambs for slaughter…
It’s obvious to everyone who lives in the real world that the answer is yes. But leftists in this country don’t live in the real world. The protesters live in an imagined world of class warfare, political activism, and solidarity where everyone wants the peace and love except those evil (and of course, Jewish) 1% who are the obstacle to heaven on earth. Now they’re running head first into reality, where drug addicts are dangerous and criminals prey on the people they think are the weakest. And our “precious snowflakes” sitting in these protests are the weakest you can get.

Like many Americans, the violent actions of the Occupy movement and their Marxist aims worry me, but right now they don’t worry me as much as the ongoing victimizations of these poorly trained foot soldiers of the Left. There will be escalating crime at these protests and when they finally fail and the park is cleared, the legacy of Zuccotti Park will be dozens of missing and murdered idealists who went straight from the assembly lines of the victim factory into the waiting jaws of the predators it feeds.

Check out some of Rob’s previous articles on crime, culture, and politics: