Did Israel Go Too Far in Protecting Civilian Lives in Gaza? 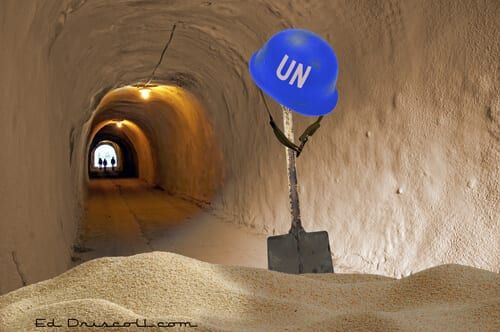 These days major reports are coming out on the Gaza war last summer. The main issue of contention: did Israel go on a rampage in Gaza, killing civilians recklessly or even intentionally, or did it try to minimize civilian casualties as much as possible?

The report of the UN Human Rights Council in Geneva should be out any day. The UNHRC is a notorious Israel-bashing body, 80% of whose resolutions have condemned Israel. Prof. William Schabas, previous head of its current “fact-finding commission” on Gaza, had to step down when it turned out he’d been in the pay of the Palestinians. This commission’s report is, of course, expected to hit Israel hard.

Meanwhile the Israeli Foreign Ministry has issued a report on last summer’s war. Among other things, it presents captured Hamas documents and Hamas internet posts exposing Hamas’s human-shields strategy and exploitation of actual or supposed civilian deaths for media purposes. It also gives detailed evidence on Hamas’s use of schools, hospitals, and mosques as missile-launch sites, command centers, and weapons depots.

Cynics and Israel-haters, of course, will say: What would you expect from the Israeli Foreign Ministry? For an excellent three-minute summary of Israel’s case, see this video by the Jerusalem Center for Public Affairs. It not only presents Israeli sources but also Col. Richard Kemp, former commander of British forces in Afghanistan, who said Israel’s efforts to save civilians lives in Gaza were unprecedented, and Gen. Martin Dempsey, chairman of the Joint Chiefs of Staff, who said Israel went to “extraordinary lengths” to limit civilian casualties.

And a third report, prepared by independent experts, also backs Israel’s case. The High Level International Military Group on the Gaza Conflict was led by Gen. Klaus Naumann, former German chief of staff and top NATO official, and included, among others, former Italian and Spanish chiefs of staff, a former U.S. Air Force officer in Iraq and Afghanistan, and Col. Kemp.

The High Level Group’s “Key Preliminary Findings” not only state:

None of us is aware of any army that takes such extensive measures as did the IDF last summer to protect the lives of the civilian population in such circumstances…. Measures taken to warn civilians included phone calls, SMS messages, leaflet drops, radio broadcasts, communication via Gaza-based UN staff and the detonation of harmless warning explosive charges, known as “knock on the roof”. Where possible the IDF sought also to give guidance on safe areas and safe routes.

We were briefed on some cases where the IDF declined to attack known military targets due to the presence of civilians, risking, and in some instances costing, Israeli lives…. A measure of the seriousness with which Israel took its moral duties and its responsibilities under the laws of armed conflict is that in some cases Israel’s scrupulous adherence to the laws of war cost Israeli soldiers’ and civilians’ lives.

That, perhaps, should be the real focus of controversy.

And in fact, it already is stirring up controversy. At the Weekly Standard, in an article on the IDF’s legal unit, Dabla, that advises military commanders in the field, Willy Stern notes that “Increasingly, the IDF, and Dabla specifically, have been taking grief from…academics and lawyers who are otherwise friendly to the IDF….”

Among others, Stern cites the case of German military-law expert Wolff Heintschel von Heinegg, who…

…believes that the IDF is taking “many more precautions than are required” and in doing so, he fears the IDF “is setting an unreasonable precedent for other democratic countries of the world who may also be fighting in asymmetric wars against brutal nonstate actors who abuse these laws.”

The moral issue seems clear enough: protecting the other side’s civilians to the point that one sacrifices some of one’s own people is going too far. It should also be noted that the Gaza population elected Hamas as its leader, largely supports its aggression against Israel, and does not rebel against its human-shields strategy.

The practical side of things, though, is murkier. Israel’s intense concern about civilian casualties stems from two sources. One is the deep-seated Israeli-Jewish ethos of respect for life. The other is that Israel, despite its best efforts, pays high prices for enemy civilian casualties.

During last summer’s war, the Obama administration suspended arms supplies to Israel, in part because of the alleged excessive civilian casualties. In war after war, the international media essentially colludes with the human-shields strategy and portrays Israel as a ruthless killer to tens of millions of mostly not-knowledgeable people. Meanwhile Israel comes under huge pressures to show “restraint” and seek ceasefires, and the UN and other condemnations follow like clockwork.

Those concerned — rightly — that Israel is going too far, and setting a precedent that can only encourage terror groups to use people as human shields and deter Western armies, should focus on combating the prevailing blood-libel mentality against Israel in media, governments, and the UN.

If a day should ever come when Israel no longer feels it has to strenuously prove that it is on a higher moral level than a terrorist organization, its war-fighting strategy will focus more normally on self-interest.